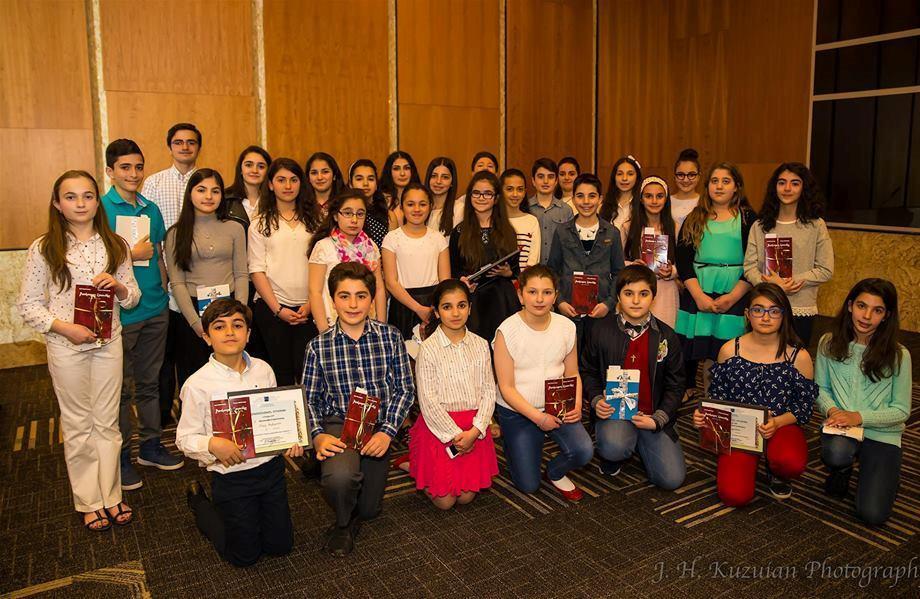 As it is known to all, the Literary Committee of Hamazkayin Gladzor Chapter has always tried to organize various literary performances and forums for Toronto’s Armenian Community. The purpose of these activities is to get the Community’s young generation interested in the Armenian literature. It becomes possible when you give an opportunity to the young people, and even the little ones, to be acquainted with the rich Armenian literature and become involved with it.

From this standpoint, the Literary Committee organized a recitation contest for all Armenian students living in Ontario.  By a nice coincidence, the contest took place on Mother's Day - May 14.  There could never be a better present for a mother than an Armenian poem from the lips of her child.

On Sunday, May 14, 2017, at 2 am, the Toronto Armenian Center Hall was already packed by  parents, relatives and friends encouraging the 30 young participants of the contest. The event was sponsored by Hagop Torossian, the owner of Golden Bee Homes.

Varag Papian conducted the contest. He introduced the three members of Jury, Mushegh Garagashian, Ruben Mnatsakanyan, and Tamar Donabedian Kouzouian who are great reciters, and who deeply love and cherish the Armenian culture.  Varag told the mothers in the audience to receive the recited pieces as a bunch of flowers on Mother’s Day.

For 5-6th grade students - Which is, Babo, our Homeland?  (Hovhannes Shiraz), or Armenian Language -Home of Armenians (Mushegh Ishkhan)

Here are the names and grades of participants.

At the time when the Jury was calculating the points, the talented little children performed musical pieces on the piano and violin.  Serlie Beuzekian, Garni Bürzekian, Gabriela Badikian, Anush Haroutyunian and Gayane Haroutyunian played the piano, and Anna Maria Muppayet played the violin.

Before the results of the contest were finalized, the conductor announced the stage free for the audience to keep the enthusiastic atmosphere in the hall.  Aren Mnatsakanyan and Lori Aramyan recited poems.

Then the results of the contest were announced.

Among the 5th and 6th grade students

Among the 7-8-9th grade students

Lori Berberian (A Vow to Ararat by Andranik Tsarukian and To My Son by S. Kaputikian) won the third place.

Zareh Margaryan (A Vow to Ararat by Andranik Tsarukian and One from Thousand by Z. Khrakhuni) won the second place.

Lori Aramian (A Vow to Ararat by Andranik Tsarukian and Mother’s Hands by P.Sevak) won the first place.

Alik Papoghlyan (Armenia  by P. Sevak and We  by G. Emin) won the first place.

Each of them received an appropriate certificate.  They also received special tickets to The Blue Whale Exhibition at the Royal Ontario Museum, as well as tickets for performances of Hamazkayin Armenian Star Children’s Choir, Hamazkayin Dance School, and Erebuni Dance Ensemble.

At the end of the event, all participants were invited to take a group picture and receive a book as a gift. They were encouraged to take part in the upcoming recitation contests once again.

Thank you, dear little ones  for presenting us a nice bouquet of wonderful pieces from the Armenian literature within two hours. The contest showed the high quality of your literary taste.  We also congratulate your parents. Conscious parents do not spare efforts to sow love and interest towards the Armenian literature.  We wish success to these promising young children. 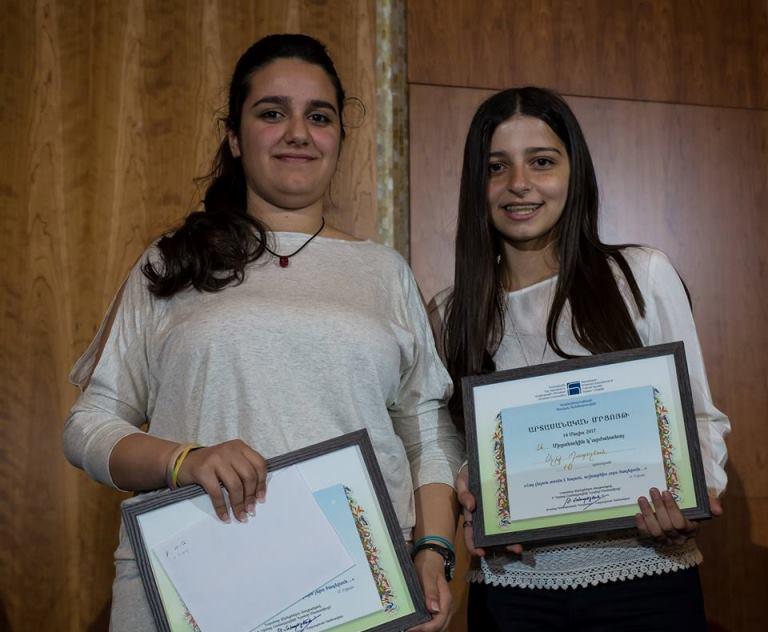 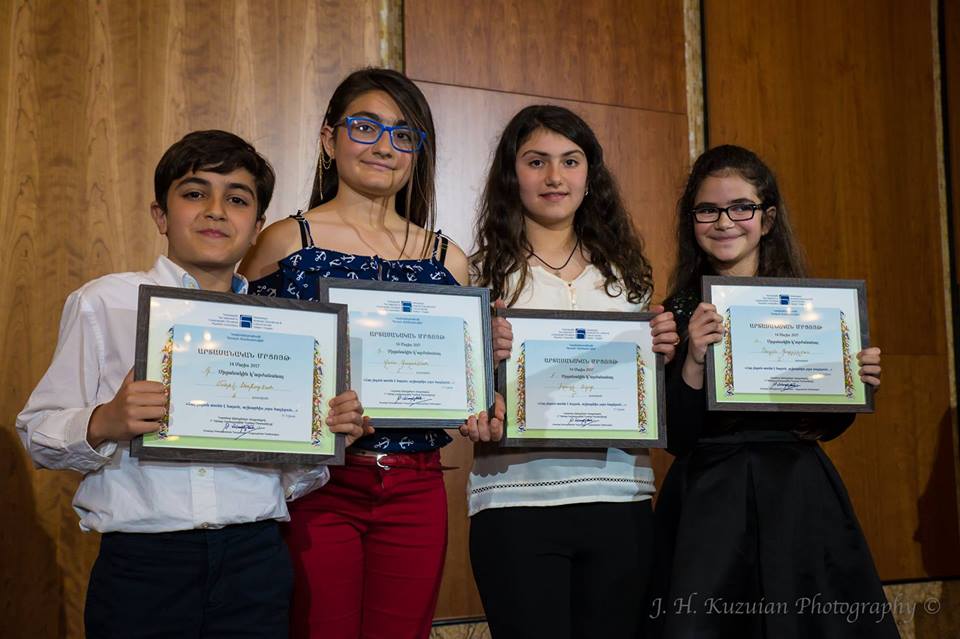 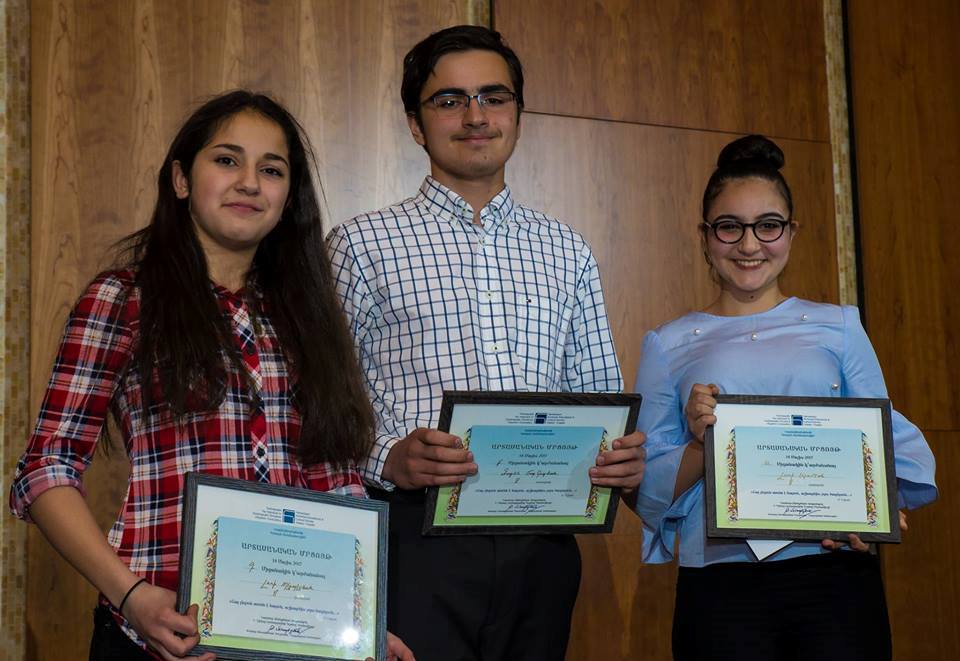 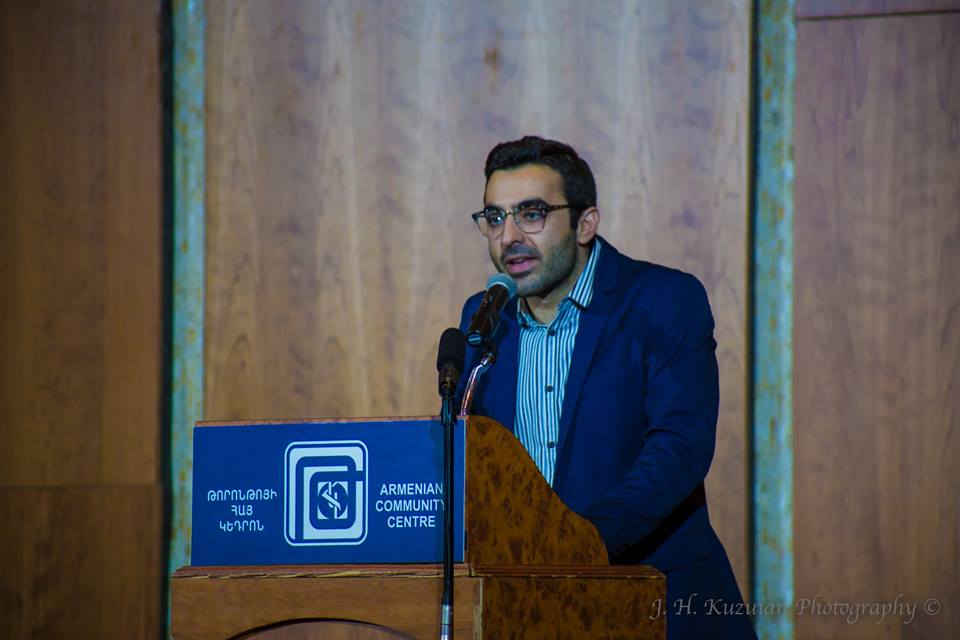 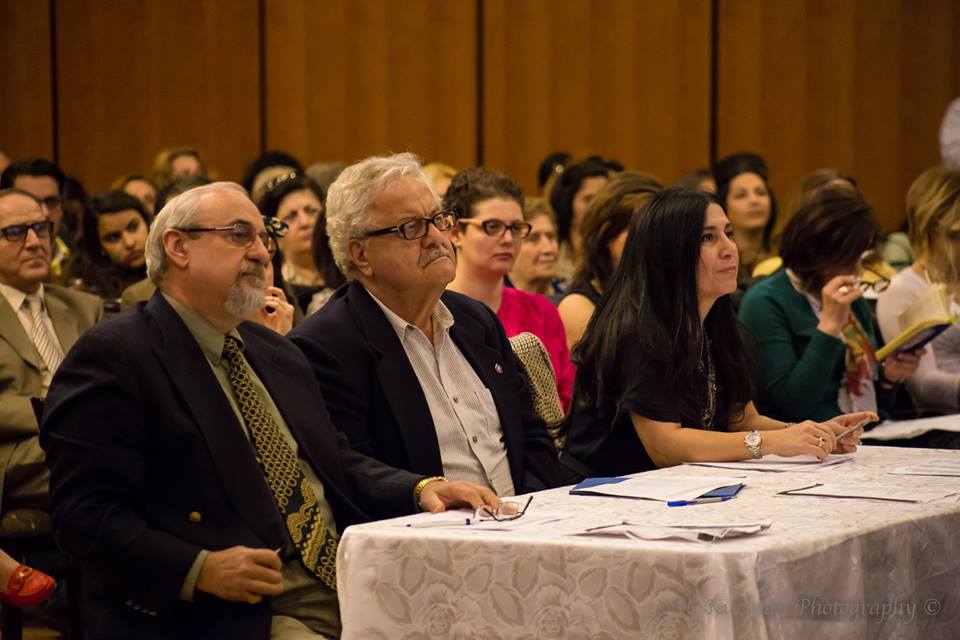 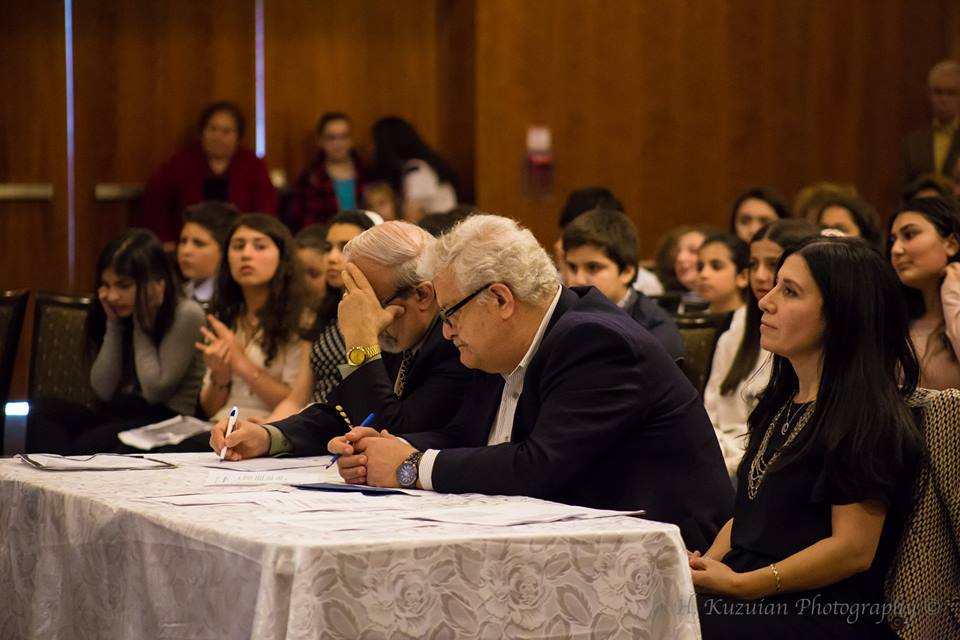