The Comedy “Tower of Babel” Staged in Toronto 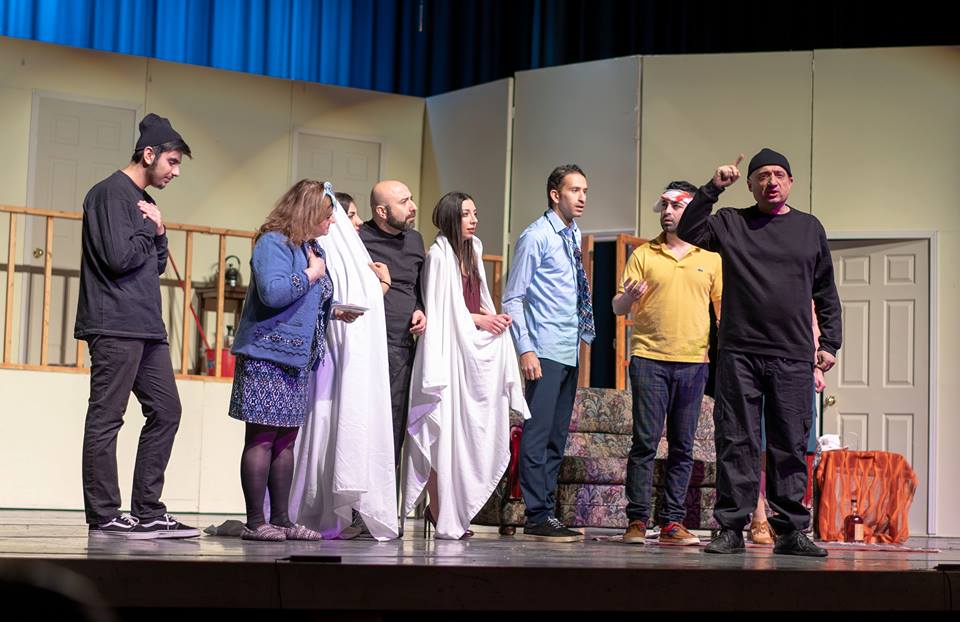 The staging of a play combines literature and stagecraft. Theatre is a mirror of life; the words of the actor Sos Sargsyan are particularly apt: “Theatre has a very large role, and enormous role to play in our life as a society. Its role in educating and cultivating the new generation is great.”

On January 26, the “Tem Timag” theatre committee of the Toronto “Gladzor” Chapter of Hamazkayin hosted the Montreal “Sanahin” Chapter’s Bedros Atamian theatre company, which staged the hugely hilarious comedy, “The Tower of Babel,” at the Hamazkayin Theatre.

The event was opened by Ara Haserjian, who welcomed the audience and the visiting theatrical company. He thanked the players and crew for taking up the invitation to come to Toronto and allow the community to enjoy the fruits of their hard work.

“The Tower of Babel” is the work of Michael Frayn. It is one of the most acclaimed comedies of the last three decades. Viken Tufenkjian, who has been part of the Bedros Atamian theatre company since 1971, translated and directed the play. Dr. Tufenkjian has, to date, directed nine plays. The director has shown a remarkable commitment to various aspects of theater and has taken care to include young people and new talent in his work, cultivating their love toward the Armenian stage and theater.

The comedy is in three acts, with intermissions between the acts. The first act portrays a theatrical company’s funny experiences during rehearsal. The second and third acts show them backstage and on stage. 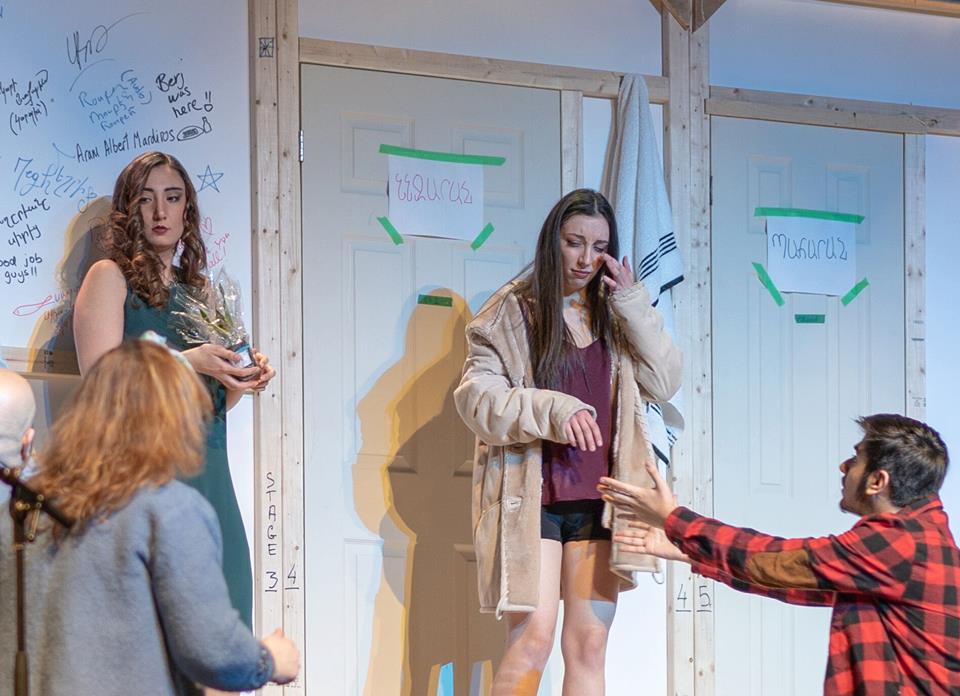