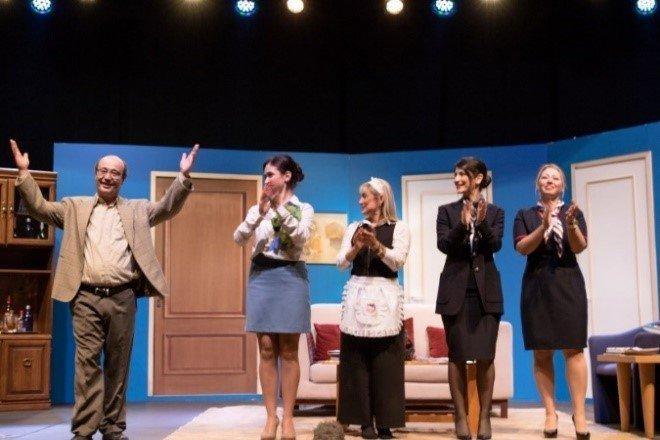 On Sunday, January 15, 2017, the "Mask" Theater Group of ″Oshakan″ Chapter of Hamazkayin Cyprus performed the "Super Boeing" comedy, directed by Harout Tahmazian. The play was the abridged version of the classic farce ″Boeing-Boeing″ written in the 60-s by the French playwright Marc Camoletti, and rewritten by Harout Tahmazian.

The theater hall of Russian Cultural Center of Nicosia was filled up, and the people really enjoyed the performance from the beginning to the end, as well as the marvelous play of actors Harut Tahmazian, Nazareth Adrian, Arax Kyureghyan, Zhina Nokoghosyan, Sonia Chilinkirian and Marcia Adrian.

The audience appreciated the performance with stormy ovation and congratulations. They expressed  their admiration  and highly praised the Hamazkayin "Mask" Theater Group's director and actors for this successful performance and for making the theater lover Armenian  society of Cyprus really happy and joyous. 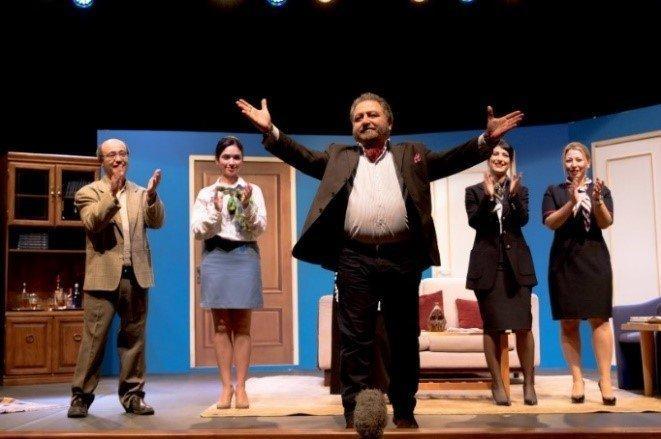