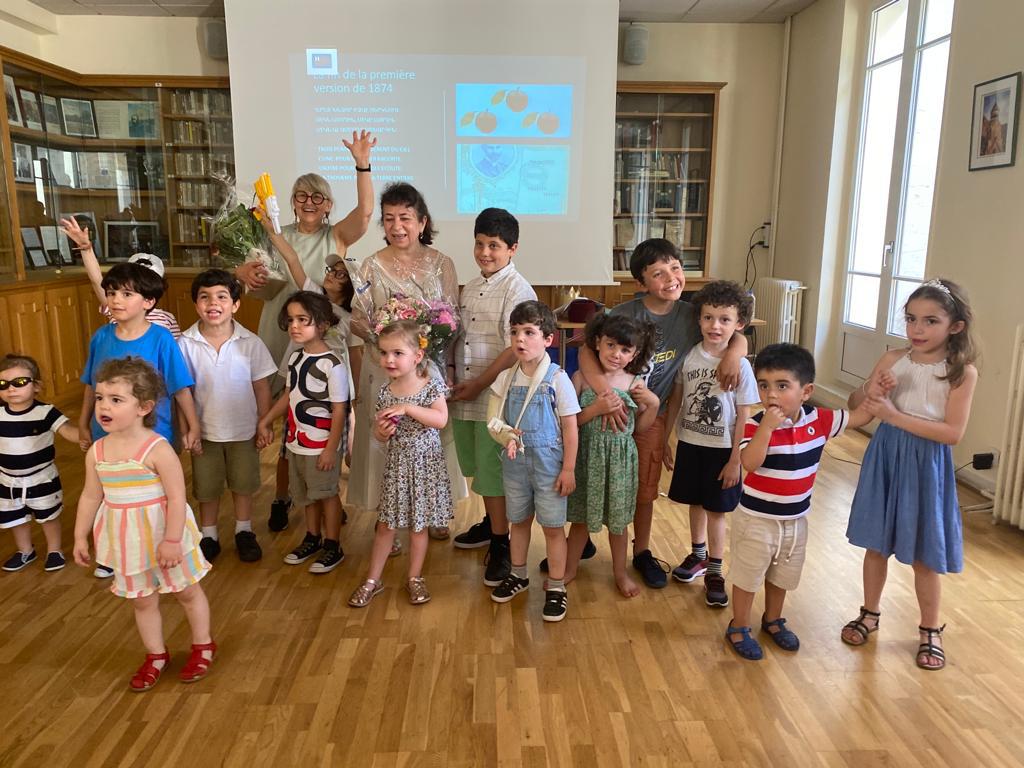 There was a lot of joy and cheer on June 18, 2022, at the House of Armenian Culture in Paris, from the ground floor up to the Demirian Hall on the second floor.

A beautiful spread was provided in different shades of blue to celebrate the end of the first academic year of the Blue House.

The Blue House is a workshop for transmitting Armenian language, culture, and history to children through games, songs, and handicrafts. It is in session two hours a week.

Hamazkayin-Paris initiated the Blue House at the request of several parents. In spite of the uncertainty generated by the pandemic, Hamazkayin was able to organize two classes, one for children 3–4 years old and the other for children 5–7 years old.

Rosine Tachdjian and Nonig Hovhannesian are the teachers. They are assisted by four helpers. The vast majority of the children are not Armenian speakers, which makes for a lot of effort.

It was a terribly hot day (38°C or 100°F) but the children and their parents all showed up.

Nonig Hovhannesian opened with remarks in Armenian, thanking the parents for their presence and for their trust, encouragement, and steadfastness. She said the goal was to bring the children into an Armenian environment and show them that even though we live in the diaspora, we have inherited a history, language, and script. She announced that there will be a third class next year.

Lori Baghdasarian, a parent, said the following in French: “Hamazkayin-Paris was able to make our dream come true, bring our children under the very roof where we learned Armenian in the Blue Cross Armenian classes. Everything became possible because of the enthusiasm and sustained efforts of our friend Sevag Torossian.”

After the opening remarks, Rosine Tachdjian led the younger children in singing “Pari luys” (Good morning) with their napkins waving. They then acted in the comedy Shoghgam (Turnip), with each child having a role.

The older children played the main heroes of the Armenian epic Sasuntsi Davit, each revealing their identity using posters prepared in Armenian and French by their teacher Nonig Hovhannesian with Garen Jinbachian.

At the end of the program, the children, teachers, and parents made a circle and sang, off previously printed lyrics, “Menk manugner hayots azki” (We children of the Armenian nation) and “Tsdesutiun” (Au revoir).

At the end of the celebration food was served as the parents took the opportunity to socialize. This comment was overheard: “Here my son felt at ease. He has no complexes; he sees there are Armenian children like him who don’t speak Armenian but want to learn it. It pleases me that he will also have Armenian friends.” And this one: “I am glad my daughter got used to an Armenian atmosphere and Armenian school and that is now part of her weekly routine.”

Hearing all this, I asked myself, “Isn’t this a large part of the purpose of the Hamazkayin-Paris initiative?”

We wish the Blue House success for many years to come. 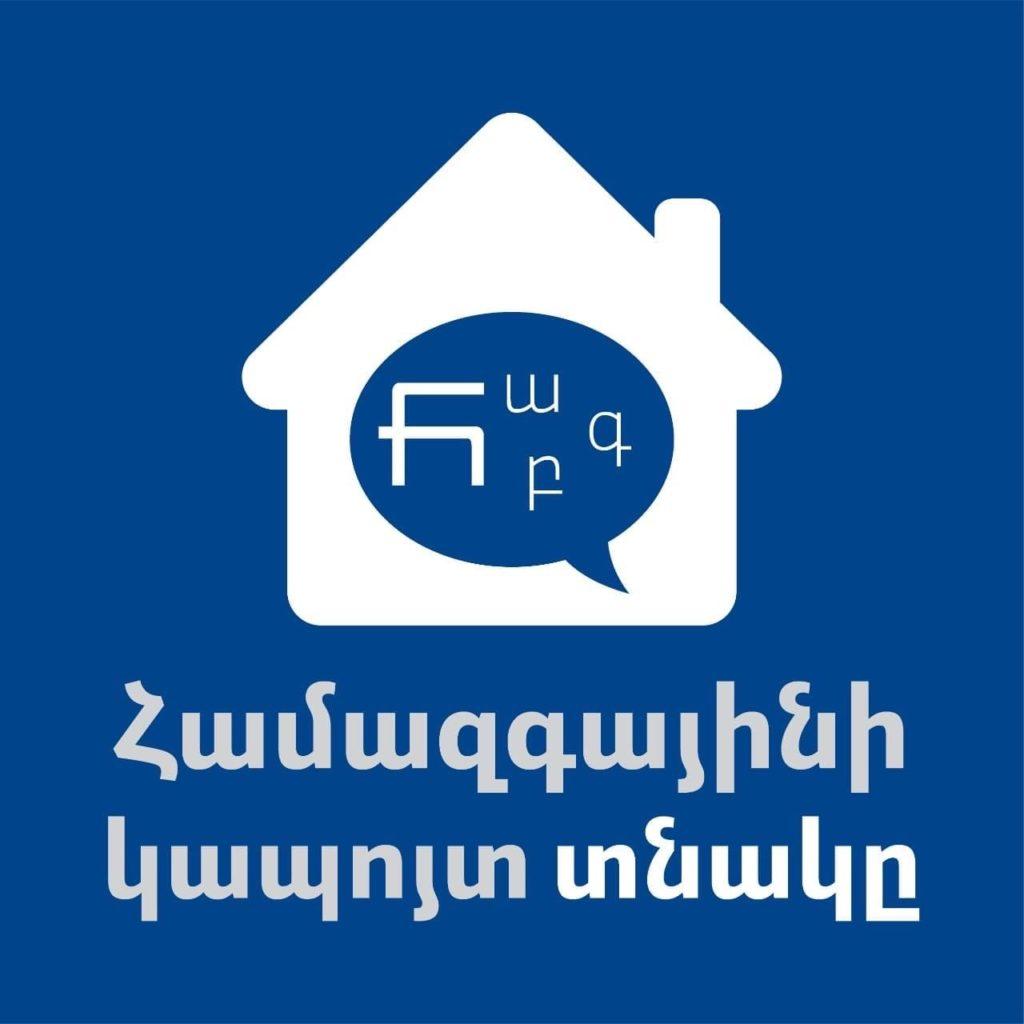 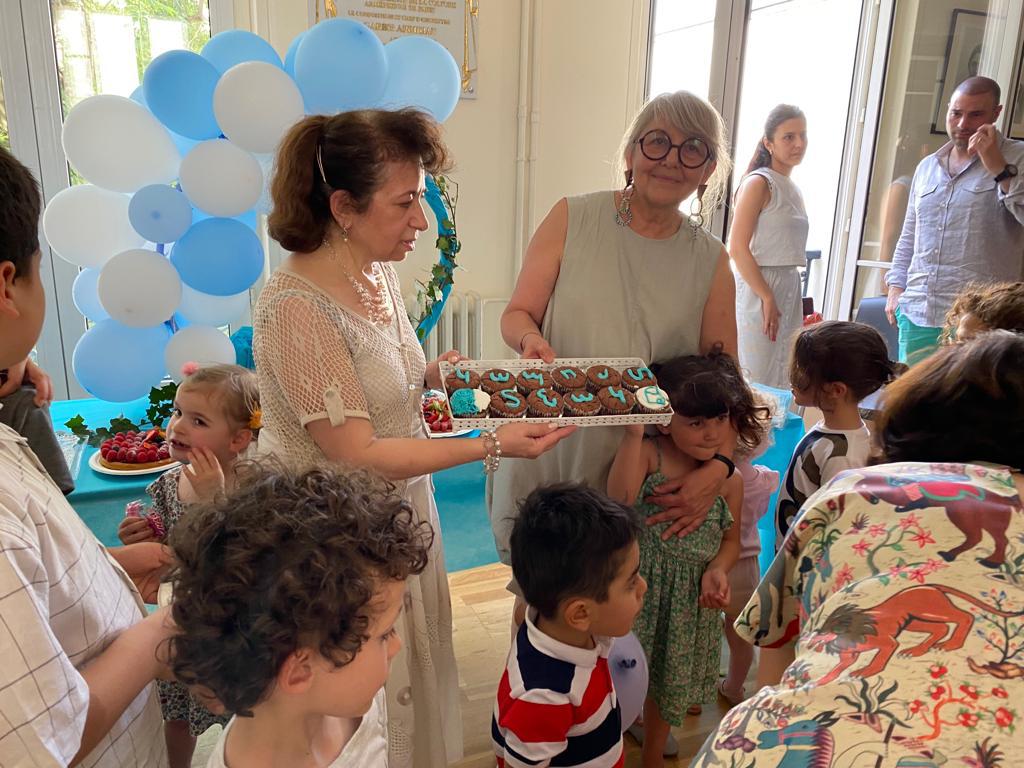 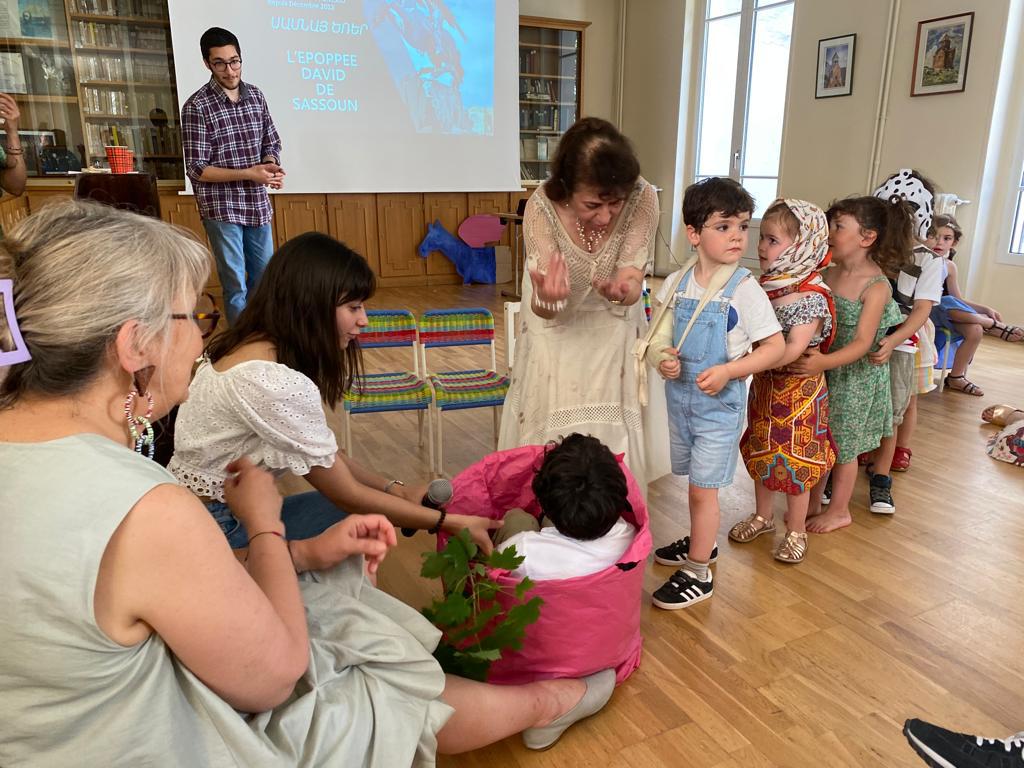