Conference on Educational and Cultural Life in Artsakh Held in Armenia 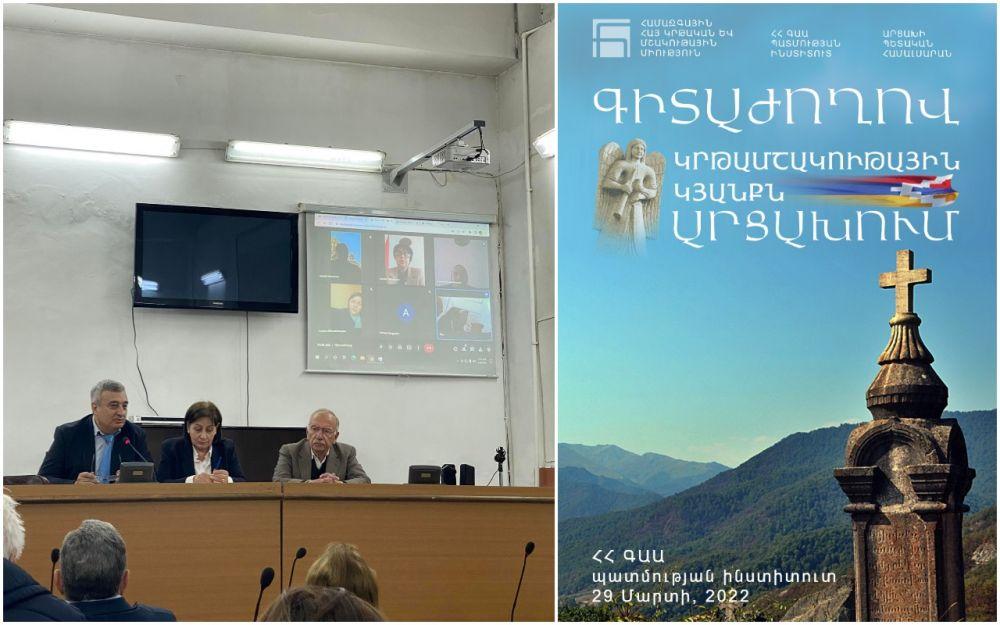 At the initiative of the Hamazkayin Armenian Educational and Cultural Society, the Institute of History of the National Academy of Sciences of the Republic of Armenia, and Artsakh State University, starting on March 29, 2022, a conference titled “Educational and Cultural Life in Artsakh,” was held at the institute. The conference was originally planned to take place in Artsakh, but was moved because of heightened Azerbaijani aggression.

Welcoming remarks were offered by the president of the academy, Academician Ashot Saghyan; the minister of education, science, culture, and sport of Artsakh, Anahit Hakobyan; the rector of Artsakh State University, Professor Armen Sargsyan; the director of the institute, Academician Ashot Melkonyan; the chairperson of the Central Executive Board of Hamazkayin, Dr. Megerdich Megerdichian; and the director of the Hamazkayin Yerevan Office, Ruzan Arakelyan.

Lernik Hovhannisyan, deputy minister of education, science, culture, and sport of Artsakh, spoke at the conference. The participants from Artsakh spoke via video link.

Among the topics covered by distinguished scholars and cultural workers were “Educational and Cultural Life in Artsakh”; “The Role of Artsakh Armenians in the Development of the Baku Oil Industry”; “Azerbaijan’s Ongoing Operations in Pursuit of Its Destructive Policy in Artsakh”; and “The Policy of Appropriating Armenian Cultural Heritage, 1991–2019.”