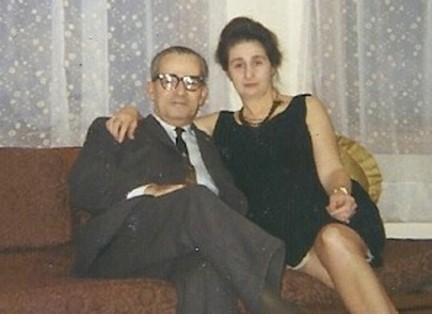 The Eastern Regional Executive of Hamazkayin Armenian Educational and Cultural Society announces winners of the 2021 Minas and Kohar Tölölyan Prize in Contemporary Literature as Karenn Chutjian Presti for her children's book in Western Armenian Աստղիկը կ՚ուզէ արագ մեծնալ and the prize for work in English language has been given to Lola Koundakjian's bilingual (English and Spanish) collection of poems entitled The moon in the cusp of my hand.

Karenn Chutjian Presti is an award winning author, musician, teacher, performer and lecturer at UCLA H. Alpert School of Music. States, Dr. Presti’s “superbly offered” evening of art song in Bavaria’s Dr. Presti currently arranges, composes, improvises, and plays for the Redondo Ballet.Dr. Presti completed her masters and doctorate degrees at USC, where her awards included Koldofsky Memorial Music Scholarship, the Briggs Memorial Music Scholarship, and the Recognition for Excellence in Collaborative Piano. She graduated with her bachelors degree as commencement speaker from the San Francisco Conservatory of Music, where she was also the recipient of numerous scholarships.Dr. Presti’s musicological work began with her dissertation under Dr. Richard Dekmejian, “The Reality of Social Realism: Socialist Realism and Its Application to Soviet Armenian Composers”. She lectures on nationalism in music and the history of Armenian music. Here is the link to her web page.-

Lola Koundakjian's poetry has appeared in many journals. She also has published several volumes of poetry, and her poetry has been translated into Arabic, Ukrainian, Asturian, French, Italian, Spanish.

Lola holds a Master's degree from Columbia University and has participated in many conferences and her papers have been published in various conference proceedings.

Named after one of the major Armenian literary critics of the second half of the 20th century and his wife, a devoted teacher of that literature for decades, the annually awarded Minas and Kohar Tölölyan Prize in Contemporary Literature recognizes the work produced by talented writers working in North America. The prize is intended to encourage new work in all the major genres of literary production, as they are currently understood in North America.