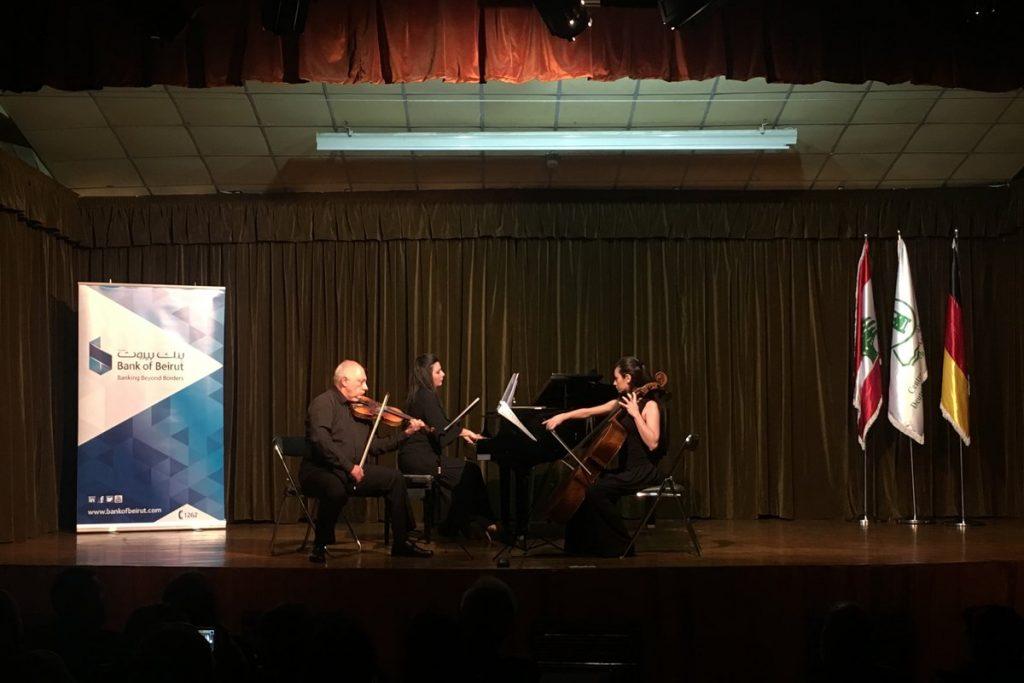 The Lebanon-and-Germany Cultural Center “Kulturzentrum,” in cooperation with the Hamazkayin schools of art, on March 27, 2019, organized a concert at the Deutsche Schule Jounieh, the daily Aztag reports. The concert featured the Hamazkayin “Parsegh Ganachian” Conservatory Trio, Sirvart Boyadjian-Saboundjian on piano, Hovhannes Karakhanian on violin, and Nayiry Ghazarian on cello.

Speaking on behalf of the organizers, Samer Saade welcomed the audience and thanked Hamazkayin’s art schools for their cooperation. He also thanked the members of the trio.

The musicians performed Beethoven’s “Piano Trio No. 3 in C minor”; Édouard Lalo’s “Piano Trio No.1, Op.7”; the “Waltz” and “Romance” from Aram Khachaturian’s Masquerade, as well as his “Lullaby” from Gayane.

The hall was filled with Lebanese guests of Armenian and non-Armenian origin alike. Their sustained applause expressed their awe at the beautiful and expressive performances.

In appreciation of the trio’s work, the Bank of Beirut underwrote the performance.