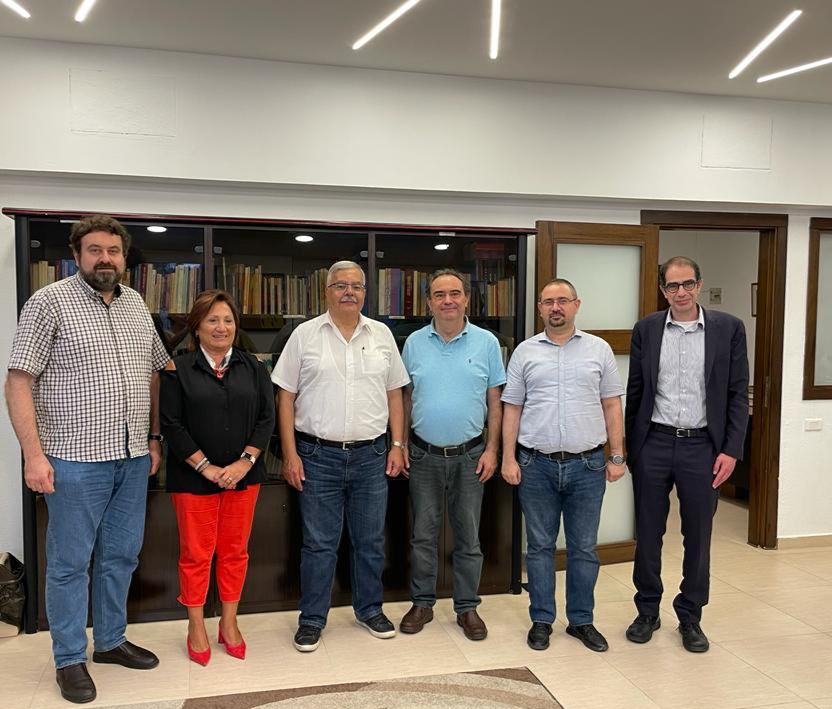 On June 28, 2022, ARF Bureau Representative Hagop Der Khatchadurian visited the Pakine office at the Shaghzoyan Center in Beirut and met there with the members of the newly elected Hamazkayin Central Executive Board who reside in Lebanon.

Der Khatchadurian congratulated the newly elected body and wished it success in its endeavors. The conversation revolved around the activities of Hamazkayin in the various regions and there was an exchange of views and concerns. Continued building of Hamakzayin institutions in Western Europe was considered a priority, as was revitalizing Hamazkayin activities in Europe and other regions that are not active.

There was a discussion of the Hamazkayin educational institutions, and particularly the M. and H. Arslanian Djemaran in Beirut and the Marseilles Djemaran. Keeping Armenian schools afloat in Lebanon was again considered a priority and this meant fundraising throughout the Armenian world.

Members of the board spoke about upcoming activities. Among these was the student forum in Armenia, the sixtieth anniversary of Pakine, scholarly conferences, and other programs.