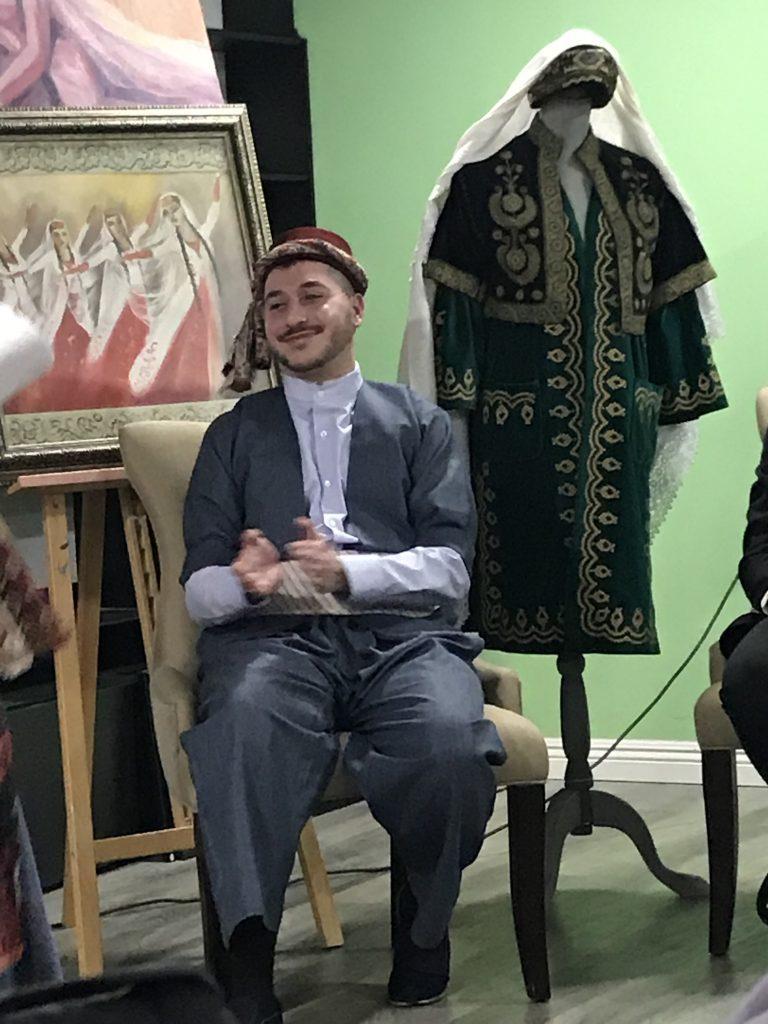 One of longstanding hopes of the Hamazkayin Western U.S. Regional Executive Board’s Literary Committee has been to integrate young people into the literary-cultural community.

The youth committee formed for this purpose had its first meeting on January 22, 2019, where they named themselves Hamazkayini Hpart Hyeortiner, agreeing that, “the goal of Hpart Hyeortiner is to assist Hamazkayin in maintaining, developing, and spreading the Armenian identity with the mission to further the existence of Armenia and the legacy of its rich 6000 years of history, culture, and language. To these ends, Hpart Hyeortiner is committed to engaging and advancing the Armenian youth through literary, artistic, musical, cultural, and educational initiatives.” The committee works with determination to ensure that future generations appreciate Armenian culture and come to know it well, but also to put their own unique stamp on it, contributing to the further development of Armenian culture.

The committee enthusiastically engaged in cultural activity, and held its first event on December 13, 2019, in Hamazkayin’s hall in Glendale, California. At the event, college students, parents, and other guests present heard Allen Dichgrikian speak about the Paulician (flourished between 650 and 872) and Tondrakian (early 9th century to 11th century) movements. Vazgen Barseghian spoke about Hamshen and its musical instruments and cultural life, singing a few songs.

Judging by the crowd’s overwhelmingly positive reaction, it is certain that everything these young people are doing should be applauded. The committee’s next event took place on May 31, 2019, and was “An Evening of Sayat Nova.”

The committee members’ talents were the key to the evening’s success. They made it possible to present the music of the king of late medieval Armenian troubadours, Sayat Nova.

The committee aimed to keep alive the place and role of his inimitable talent in the minds of diaspora Armenian youth, some of whom, probably, have not heard his songs. In addition to the music, the committee hoped to bring out Sayat Nova’s legendary life story.

Even before the opening speech, Martin Adamian recited some lines of poetry. The opening speech was delivered by Varant Anmahuni, who also interpreted certain poems as the program progressed.

One important part of the event was the presentation of some of Sayat Nova’s musical works by Vladimir Grigorian, an expert on the troubadour. On the kamancha, he gave invaluable breath and spirit to Sayat Nova’s work, evoking his glory and charisma, as befits the great man. Grigorian’s student and committee member Vazgen Barsegian joined his teacher on the kamancha and saz, performing several pieces.

Aside from the instrumental and vocal performances, there were slide presentations dedicated to the life, work, and legacy of Sayat Nova. The first was by Mr. Barsegian and Natalie Halachian; the second by Edig Alavertian. Poetry readings were by Martin Atamian, Nayiri Partamian, and Natalie Halachian. Ms. Partamian and Ms. Halachian also danced an arrangement of Badgirkt Ghalamov Kashadz, as recorded by Levon Katerjian.

Hamazkayin Literary Committee member Raffi Melkonian spoke, noting that he regarded the spirit and hardworking attitudes of the young committee members with the utmost pride and admiration. Melkonian also made a point of introducing Hamazkayin Central Executive Board member Dr. Dikran Babikian, Regional Executive Board Chairperson Knar Kortoshian, and board members Vania Babigian and Arpi Hamparian.

He also announced to those present that the Literary Committee is recruiting new members, and encouraged them to join the committee or Hamazkayini Hpart Hyeortiner

To conclude the evening, the committee recited together a piece by Hovhannes Tumanian about Sayat Nova.

At the end of the event, guests were offered a food tasting and Sayat Nova brandy.

Throughout the night, the guests had been sold raffle tickets. The winners received valuable gifts relating to Sayat Nova.

Find the committee on Facebook at Hamazkayini Hpart Hyeortiner or contact them by email with any questions at hparthayeortiner@gmail.com. They eagerly await new faces and ideas. 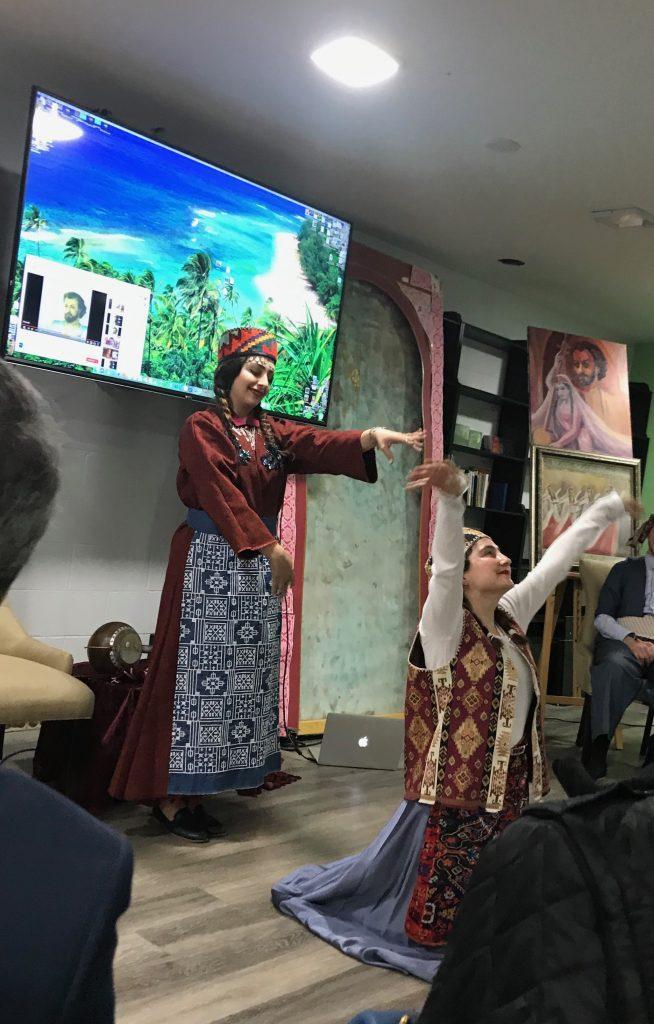