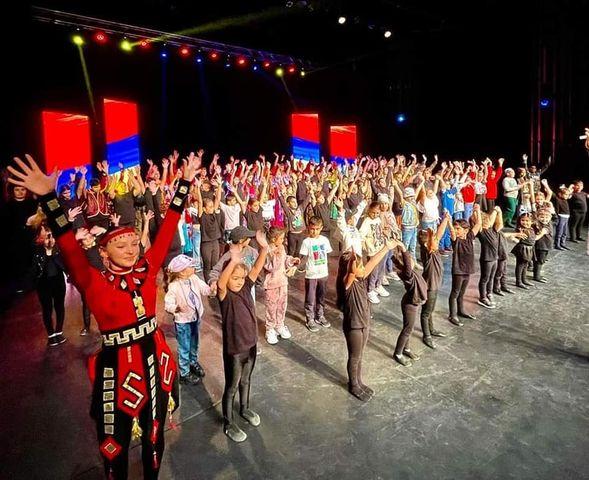 After a two-year hiatus, the Hamazkayin and Nanor Dance Ensembles held their 21st annual performance in a joyous atmosphere. More than 450 guests congratulated the 122 young dancers with thunderous applause when, at the end of the performance, they all assembled on stage alongside Krikor Keleshian, the artistic director whose tireless efforts made this glorious celebration possible.

On stage on November 21, 2021, were the Hamazkayin Nicosia “Sipan,” Limassol “Giligia,” and Paphos “Ani” Dance Ensembles along with the “Nanor” Dance Ensemble initiated by Vartkes Mahdessian, member of parliament for Armenians in Cyprus, and the Gars, Van, and Arevig Dance Ensembles. The event was held under the auspices of Minister of Education, Culture, Sport, and Youth Prodromos Prodromou and Mr. Mahdessian.

Annita Demetriou, Speaker of the House of Representatives of Cyprus, honored the performers with her presence. Also present was Archbishop Khoren Doghramadjian, pontifical vicar for the Diocese of Cyprus, the ambassadors or representatives of some ten countries, mayors, and other high-ranking officials.

The chairperson of Hamazkayin in Cyprus, Arto Tavitian, welcomed the minister. Minister  Prodromou praised Cyprus Armenians for their loyalty and love toward their culture and praised Hamazkayin for its work, promising the ministry’s continued moral and financial support for the association’s efforts.

Then the thunder of the zurna and the roar of the dhol heralded the arrival on stage of the Sipan ensemble. The various ensembles performed for an hour and a half. The program included a modern dance duo by Anastasia Aghazarian and Jo Ghayad and the solo song “Yare Mardun Yara Guda” performed by Edgar Evoyan.

The guests left the hall with pride and enthusiasm. Whereas guests had been frustrated by the long wait for coronavirus screening at the beginning of the evening, they had forgotten all that by the time the wonderful program was over. The (very thin) silver lining of not holding a concert last year because of the pandemic was that the 21st annual concert was held on 21 of November of 2021. This performance outshone all previous ones in its quality, décor, and accuracy. 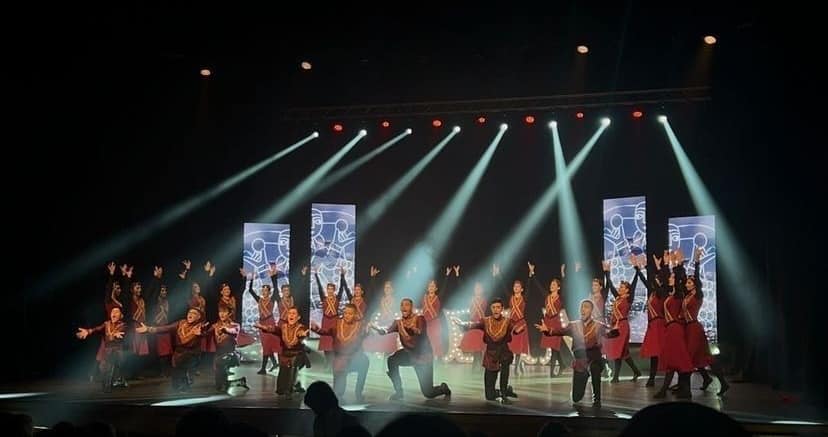