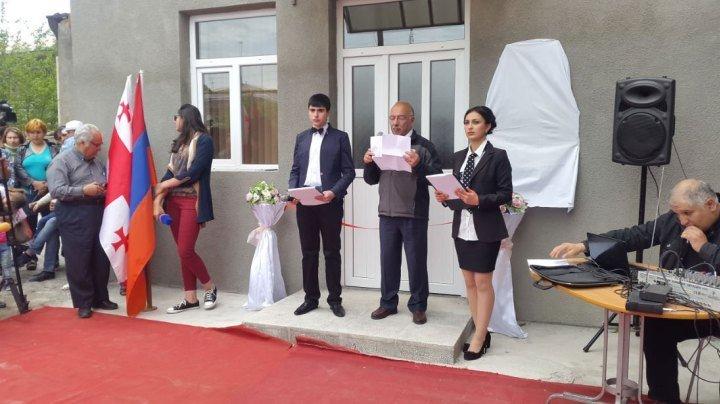 Before cutting the opening ribbon, many guests made welcome speeches and expressed their gratitude. They spoke about the importance of the centre, which aims at giving Armenian education to the young Armenian people. Bagrat Sargsyan made a speech in the name of  Javakhk Support Group, and expressed deep gratitude to the Armenian community of Tehran, which has greatly supported the construction of this annex building. He said that the building is called after Armenia's first prime minister, Akhalkalaki-born Hamo Ohanchanian so as to bring up and educate patriotic young generation with national ideas.

President of the Regional Assembly of Akhalkalaki, Hamlet Movsisyan and MP of Georgia, Samvel Petrosyan also made welcoming speeches.

After presentations and speeches, the opening ribbon was cut by Chair of the Central Executive Board of Hamazkayin Armenian Educational and Cultural Society, Megerdich Megerdichian and Chair of ARS Javakhk Support Projects, Bagrat Sargsyan. The opening ceremony was followed by house blessing ceremony.

The students of the youth centers in Akhaltsikhe and Ninotsminda performed songs and dances at the opening ceremony of the building. 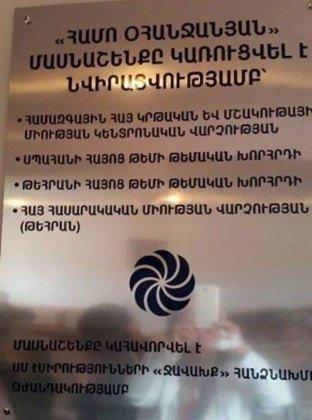 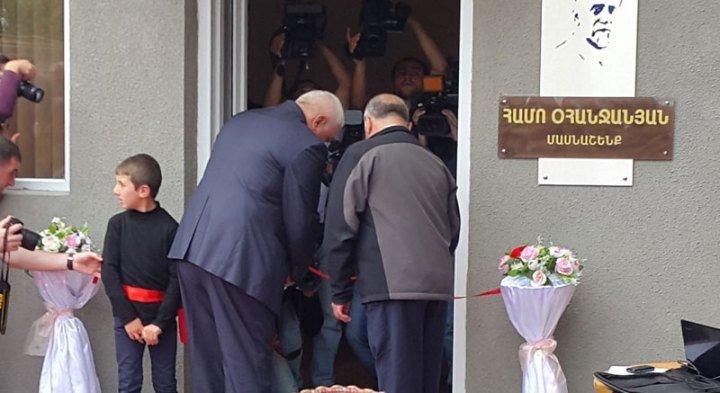