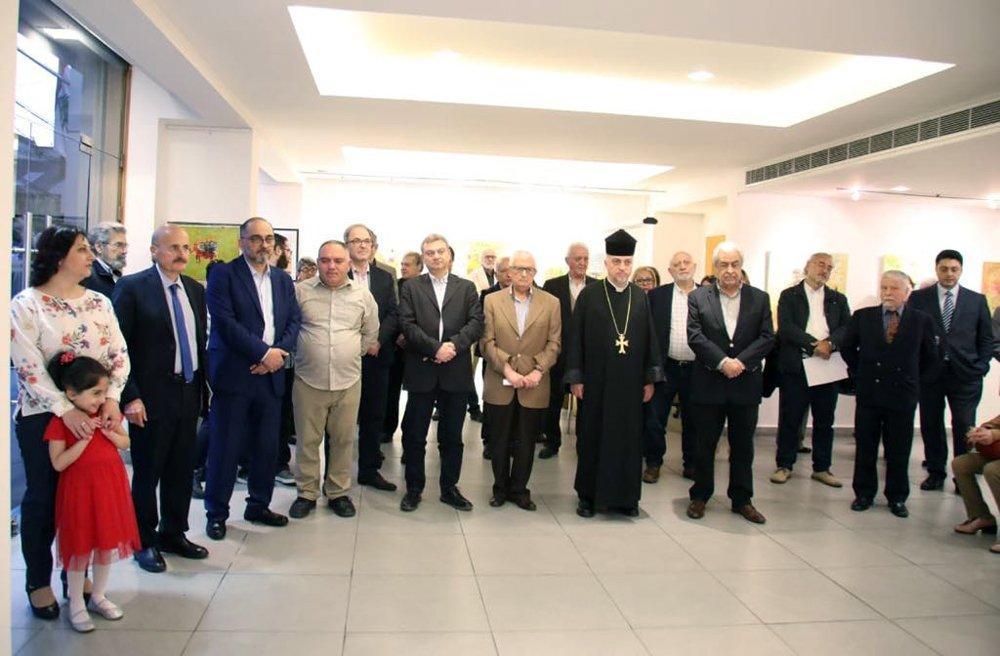 Hamazkayin’s Lucy Tutunjian Gallery in Beirut on April 11, 2019, held an opening reception for a solo exhibit of the paintings of Ashot Harutyunyan, an artist from Armenia.

On display are 22 oils, 9 works of mixed media on paper, and two illustrated doors.

Angela Daghlian of the gallery staff said that art aspires to perfection, but it has a supreme secret; it requires effort and willpower to remain faithful to that secret and to unlock it requires talent and confidence. In painting, she said, the secret is simplicity and lack of pretense, which allows the artist to penetrate the depths of the human and natural worlds, to interpret what is familiar and to plumb our essence.