The 65th anniversary of Herand Markarian’s cultural activity and his eightieth birthday were celebrated at the historic Queens Theatre on October 19, 2019, in the presence of a large multitude. The event enjoyed blessings from His Holiness Karekin II, Catholicos of All Armenians, and His Holiness Aram, Catholicos of the Great House of Cilicia. It was held under the auspices of the Ambassador of the Republic of Armenia in Washington and the Central Executive Board of Hamazkayin. The Hamazkayin Regional Executive Board for the Eastern United States and the New York Chapter Executive Board supported and participated in the event.

Dr. Markarian’s legacy had been celebrated in Yerevan on May 31 and June 3, 2019, at the initiative of the Hamazkayin Yerevan Office, the Writers’ Union of Armenia, and the Diaspora Ministry.

People with strict artistic standards agreed on adjectives like “unique,” “unprecedented,” “outstanding,” “soul-nourishing,” and “miraculous” to describe the event. Successful events are often described as “professional”; the overwhelming majority of participants testified in person, through emails, and through phone calls that this event was professional in content, in terms of innovation, and in its implementation.

The event began with the three emcees asking all to rise to listen to bulls issued by the catholicoses. Rev. Fr. Vazken Karayan read the bull from Karekin II; Very Rev. Fr. Sahag Yemishian, Vicar General of the Eastern Prelacy, read the bull from Aram. The audience seated, Hrayr Baronian, a member of the Hamazkayin Central Executive Board, read that board’s message; Khachig Choukhajian read the New York Chapter Executive Board’s message.

The first unusual staging of the event came to light when the three proficient emcees, Veh Bezdikian, Natalie Gabrielian, and Yeraz Markarian, took the stage from both sides, saying “Good evening! You are welcome!” connecting the audience to the stage. The program had begun!

The trio invited us to travel along the lanes of Herand Markarian’s life. . . .

An exceptional movie, Ughevore (The traveler), was shown. It focused on four stages in Dr. Markarian’s life: his birthplace of Margil, Basra, Iraq; his youth in Baghdad; his adulthood in the United States; and the crowning glory, Armenia. In the 35-minute film, we saw and heard Markarian the intellectual, the Armenian, the ARMENIAN in capital letters, with his worldview, his worries. . . . The film was made in Armenia. Artur Mkrtichyan was the author; Artur Babyan, the director; and Artur Ordoyan, the cinematographer.

Then, on the large screen, a picture of Khrimian Hayrik appeared. . . . With two walking sticks drumming the stage rhythmically, in came a man costumed as Khrimian. It was the honoree himself. In ten minutes, Dr. Markarian reprised his role, offering Khrimian’s unforgettable call to arms after his experience at the Congress of Berlin, 1878: other nations had come to the conference with iron ladles to take their share of the harissa the great powers were handing out; all Khrimian had was a petition, a paper ladle that crumpled in the cauldron.

The emcees than listed the many Armenian and non-Armenian organizations with which or for which Dr. Markarian had performed. We entered the innovative world of Dr. Markarian’s artistic creativity.

For the first time, we heard three songs composed on Dr. Markarian’s poetry: “Mangutiun” (Childhood), “Hayasdan” (Armenia), and “Dzaghradzun” (The clown). The lyrics and music of the first two were by Dr. Markarian. The music for the third was by Berge Turabian.

Soloist Anahid Zakarian was invited to the stage. A graduate of the Komitas Conservatory in Yerevan, she leads the New York Saint Illuminator Cathedral Choir. Under an image of a recumbent child, she performed “Mangutiun.”

Mr. Turabian then took the stage. Known for his performance of songs by Aznavour, strumming a guitar, he gave an idiosyncratic interpretation of the complex world inhabited by Dr. Markarian’s poetry.

Arsen Gevorgyan, a young baritone from Armenia, sang “Hayasdan,” accompanied by Professor Margarita Sargsyan on piano. A picture of the Mother Armenia statute was on the screen.

Next up were Hagop Vartivarian, an editor of Baikar; Harutiun Missirlian; Dr. George Der Meskhian; and poet Vehanoush Tekian. They spoke about Dr. Markarian’s work. Then, by video, Professor Richard Hovannisian praised Dr. Markarian’s loyal and unwavering commitment to Hamazkayin. He was amazed how Dr. Markarian had created a play out of his first book, Armenia on the Road to Independence, 1918 (Berkeley and Los Angeles: University of California Press, 1967). Vahe Balouzian, Chairperson of the Armenian Medical Fund, USA, speaking via video, praised Dr. Markarian’s work over more than twenty years as executive secretary of the fund.

An eight-minute film titled, “Yes Artsakhn em” (I am Artsaskh), was shown.

At the conclusion of the program, the emcees invited the honoree to take the stage. After a stirring standing ovation, he asked all the participants to join him on the stage. He then asked his wife, Dr. Janet Mouradian, to join him, labeling her his “number-one critic.”

All donations on the occasion of Dr. Markarian’s anniversary are allocated in full to the soldiers defending the front lines of Armenia and Artsakh, the care of wounded soldiers, and the education of the children of martyred soldiers. Donations may be sent to the nonprofit Libra-6 Productions, Inc., 160 Waters Edge, Congers, NY 10920.

A memorial book has been published on the occasion. It includes the catholicoses’ bulls and messages from spiritual, political, cultural, charitable, social organizations and public intellectuals. Donations made through the date of the event are acknowledged. The book includes a condensed version of Dr. Markarian’s cultural legacy.

We congratulate, from the heart, our chapter’s accomplished, shining member, Unger Herand, for the fruits of his labor dedicated to the Armenian people, his commitment to the organization, and his endless support. We wish him good health, a long life and new adventures. 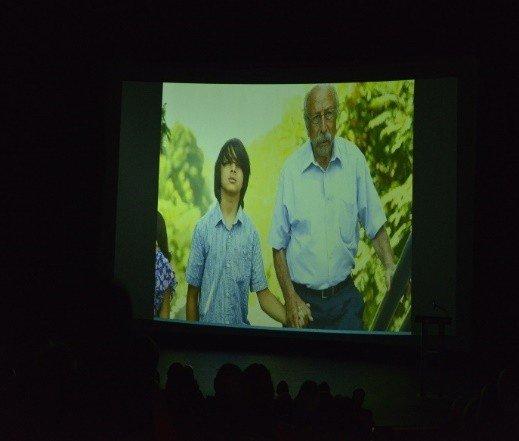 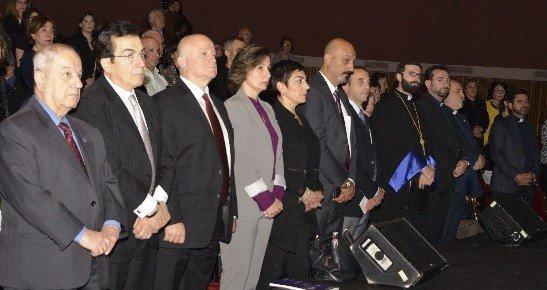 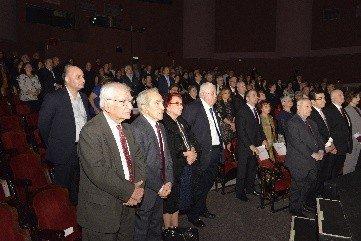 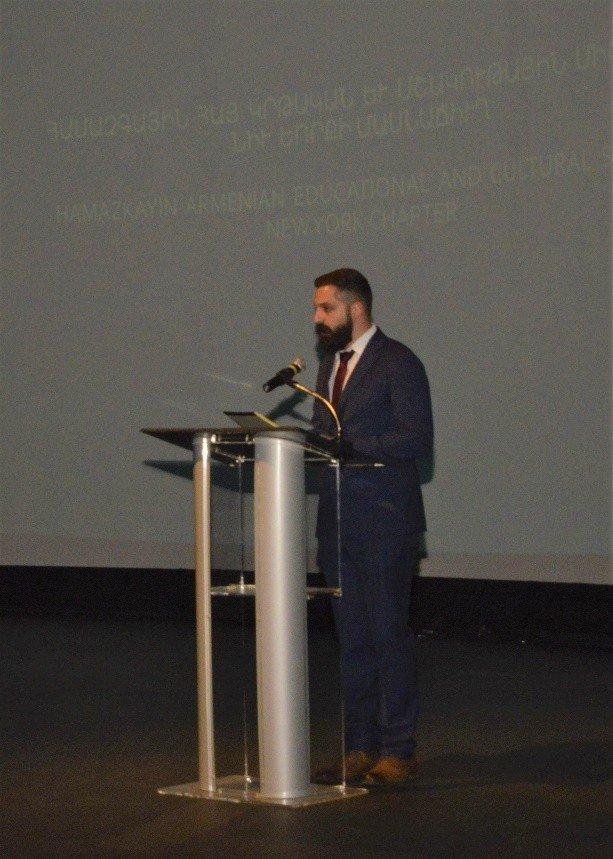 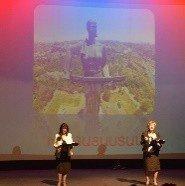 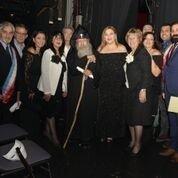 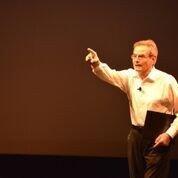 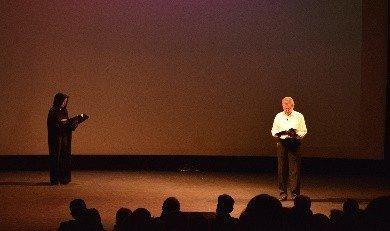 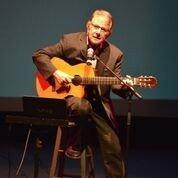 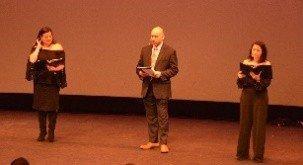