May 28 Celebrated in Greece 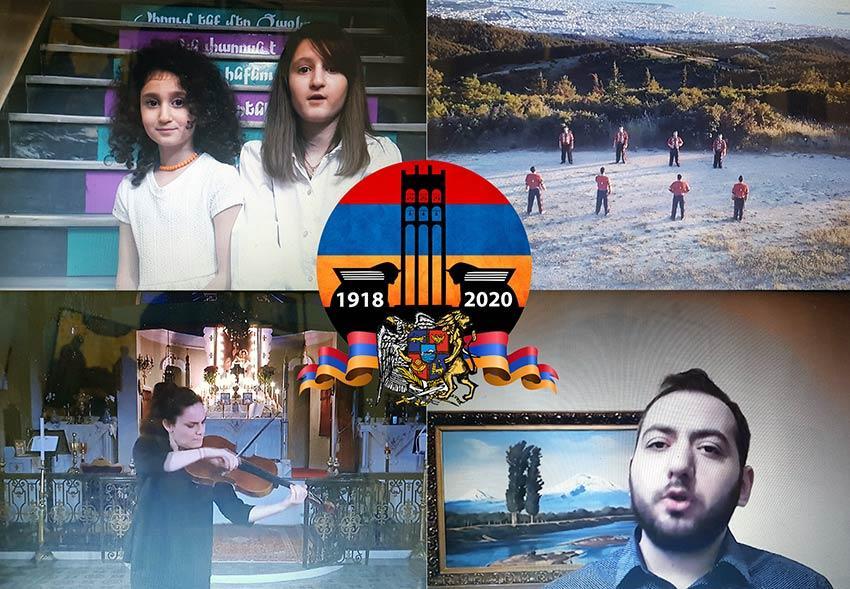 On May 28, 2020, the Hamazkayin Thessaloniki "Ghazaros Sarian" Chapter held an artistic event on its Facebook page in honor of the 102nd anniversary of the Armenian republic.

At the agreed-upon time, Rosa Terzian began by playing a movement of Alan Hovhaness’s Chahagir on violin. Then Tigran Sarkisian, spoke in Greek about the importance of the anniversary.

The chapter’s Masis dance group, directed by Rafael Vardazarian, performed an elaborate set of traditional Armenian dances, creating a worthy atmosphere in which the value of the great May celebration was kept alive through culture and the arts.

Then, the artistic director of the Little Singers of Armenia choir, Tigran Hekekyan, said a few words from the heart dedicated to the occasion before showing his choir’s performance of Arno Babajanian’s “The Boys, who are Not Here,” which was performed in Thessaloniki on the 100th anniversary of the Genocide. The video was prepared by one of the community’s youth, Vahakn Garabedian.

The event ended with a performance of “Sardarabad.”