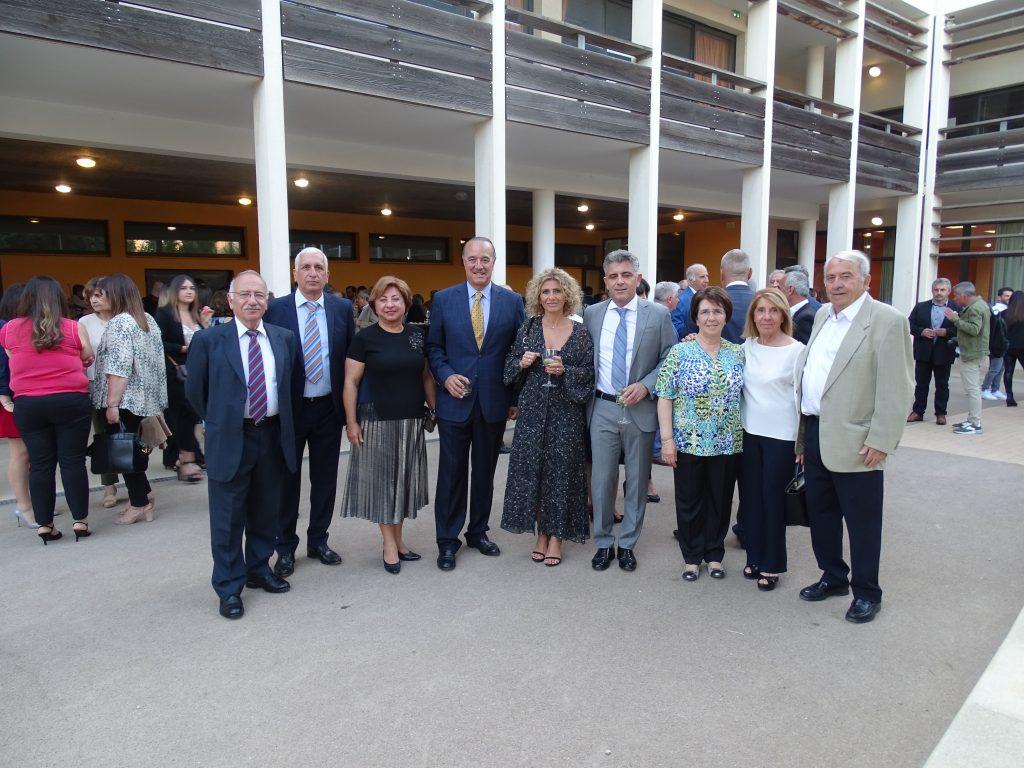 The Hamazkayin Djemaran in Marseille (L’école Hamaskaïne de Marseille) on June 7, 2019, held its annual dinner. The event was sponsored by Alain Kaskassian and his wife, who are longstanding supporters of the school. In attendance were elected municipal officials; Didier Parakian, deputy mayor for relations with the business world; Hamazkayin Central Executive Board chairperson Meguerditch Meguerditchian and member Sella Tenjoukian; Adom Tenjoukian, one of the founders of the school; the trustees of the school; the staff of Courant d’Art; and over 200 guests.

A reception was held in the school courtyard before the luncheon. The guests then went to one of the classrooms for a ceremony to name it after the recently deceased historian Anahide Ter-Minassian. Presiding over that ceremony was Father Arshen Movsesian.

Dinner was served in the school hall. Emcee Raffi Koutzouzian invited Nina Chouchanian, second chair of the Board of Trustees, to speak. She welcomed the elected officials and expressed gratitude to Hagop Balian, the late Loucine Malikian, and Seta Biberian for serving, at various times, as principals of the school. Offering a brief outline of the 39-year history of the school, she expressed confidence that the school will turn a new page with the appointment of Chaké Jamgotchian as principal. She noted that the school has 400 students.

Ms. Chouchanian announced that the municipality, noting the school’s track record and trusting the meticulous work of the board, is ready to sell the school facility to the school at a very good price.

Next to speak was Gilbert Markoyan, first chair of the Board of Trustees. He introduced the head table and pointed out that the Kaskassian family of Marseille was close to Avedis Aharonian (1866–1948) and looked after him when he was incapacitated in the last years of his life. Aharonian a founder and leading figure of the Republic of Armenia, participated in the Paris Peace Conference after the First World War and signed the Treaty of Sèvres.

Mr. Kaskassian said that supporting the school was an obligation but also an act of faith. He was pleased with the school’s progress and emphasized the importance of physical education.

Ms. Tenjoukian spoke and recalled touching moments from the grand celebration in Yerevan of Hamazkayin’s ninetieth anniversary. She reported on the activities of Hamazkayin chapters across Europe and about plans to have cultural activities in other countries that host new Armenian communities. She said that joint activities are in the works,

In closing, Dr. Meguerditchian praised the school board and Courant d’Art for their cultural work, recalled the contributions of former principals Mr. Balian and Ms. Malikian, and gave especial thanks to Ms. Biberian for her long and dedicated service. He was confident that under the leadership of Ms. Jamgotchian, the school will continue to contribute to Hamazkayin’s mission of raising a new generation of Armenians. 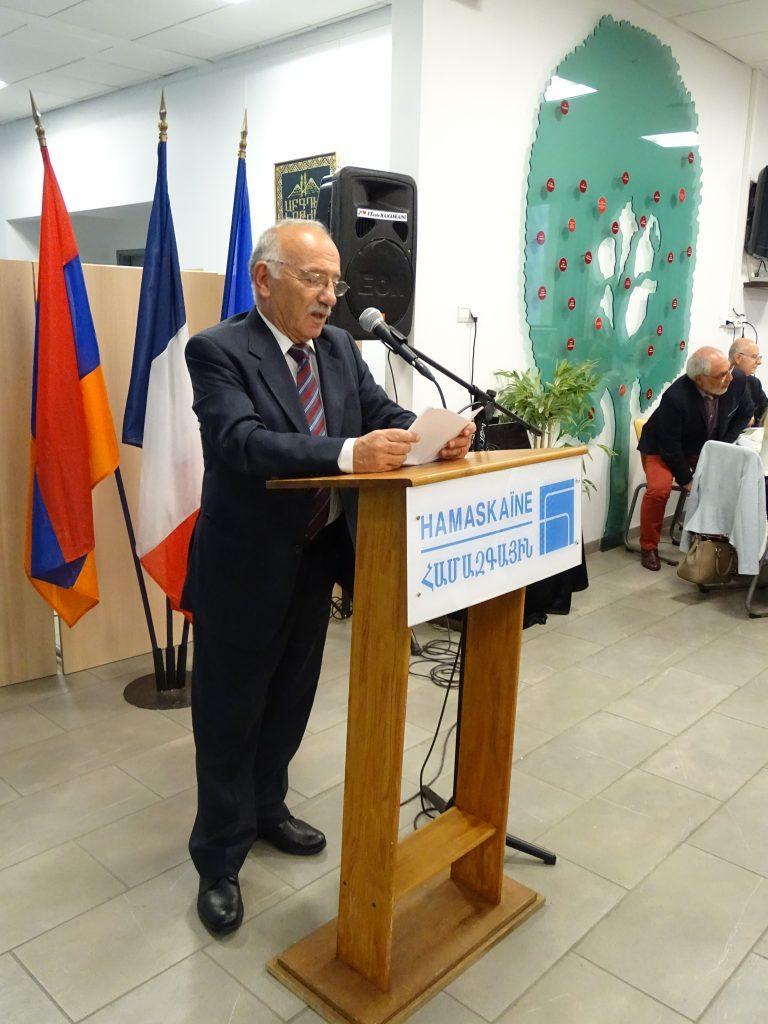 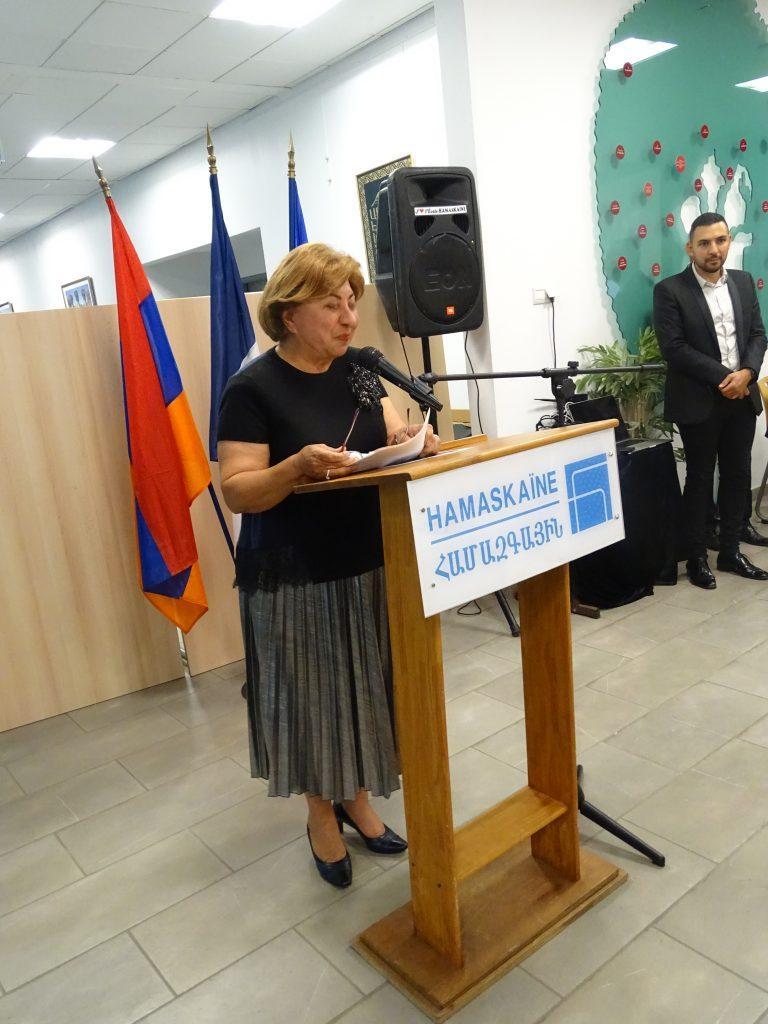 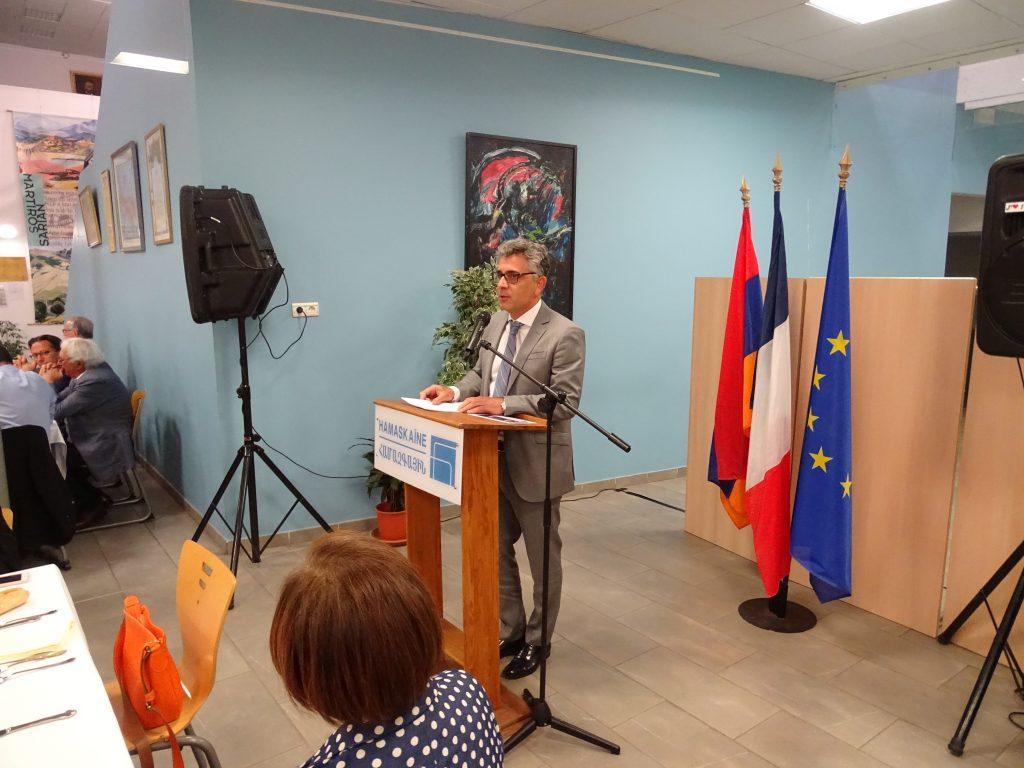 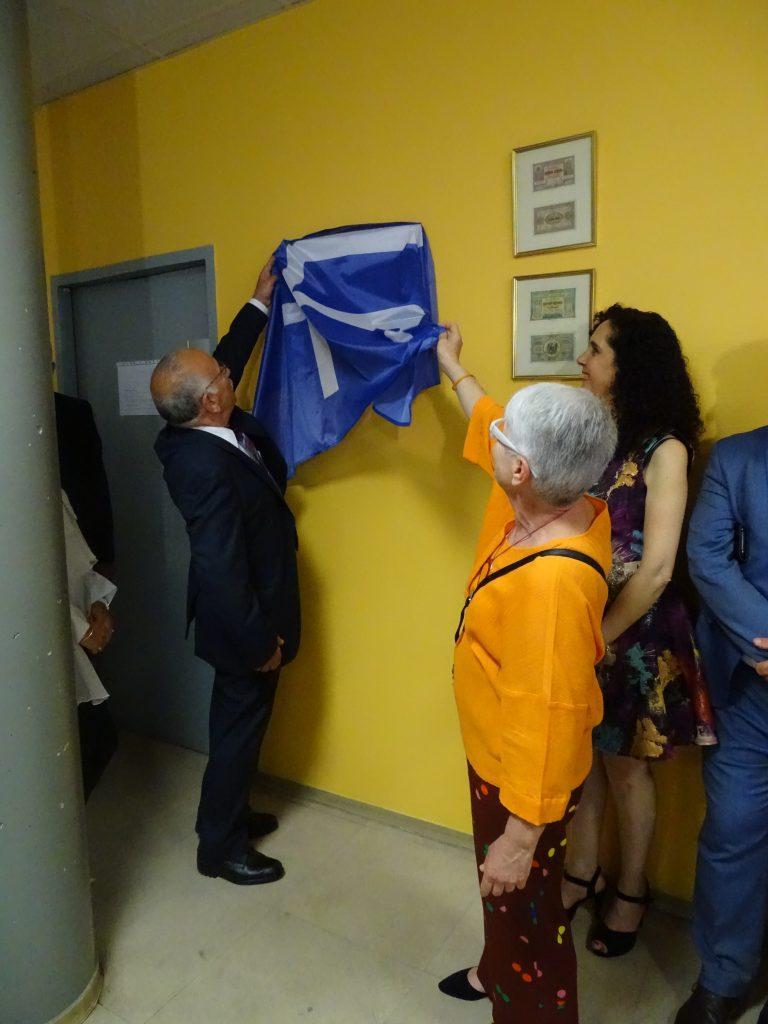 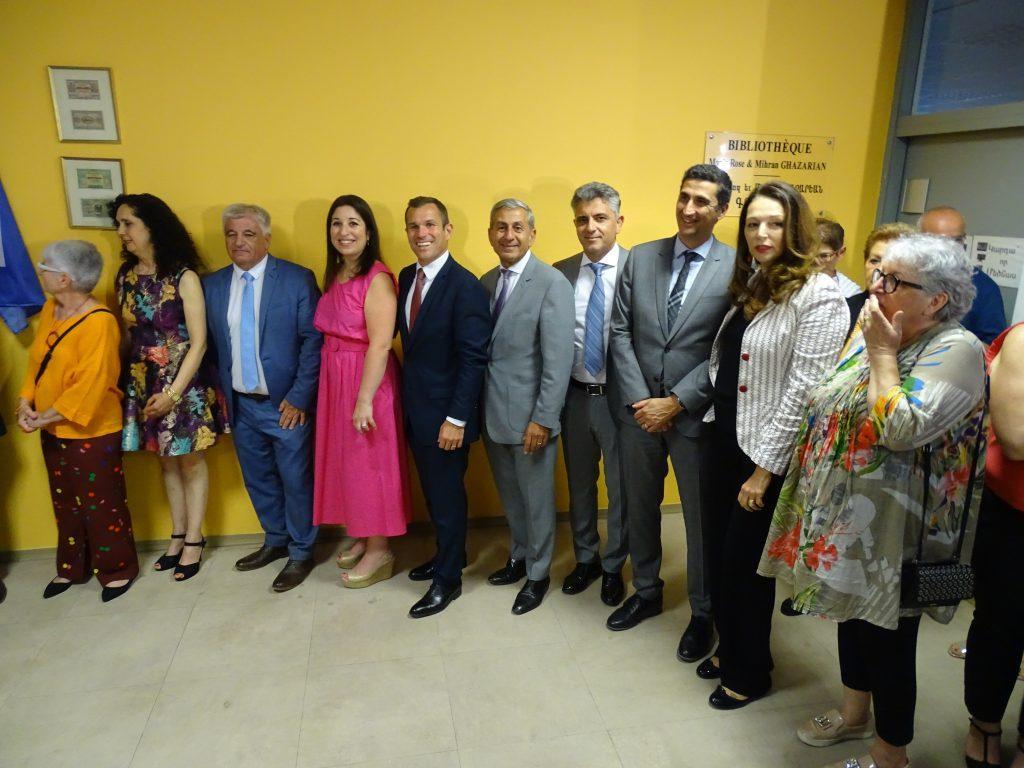 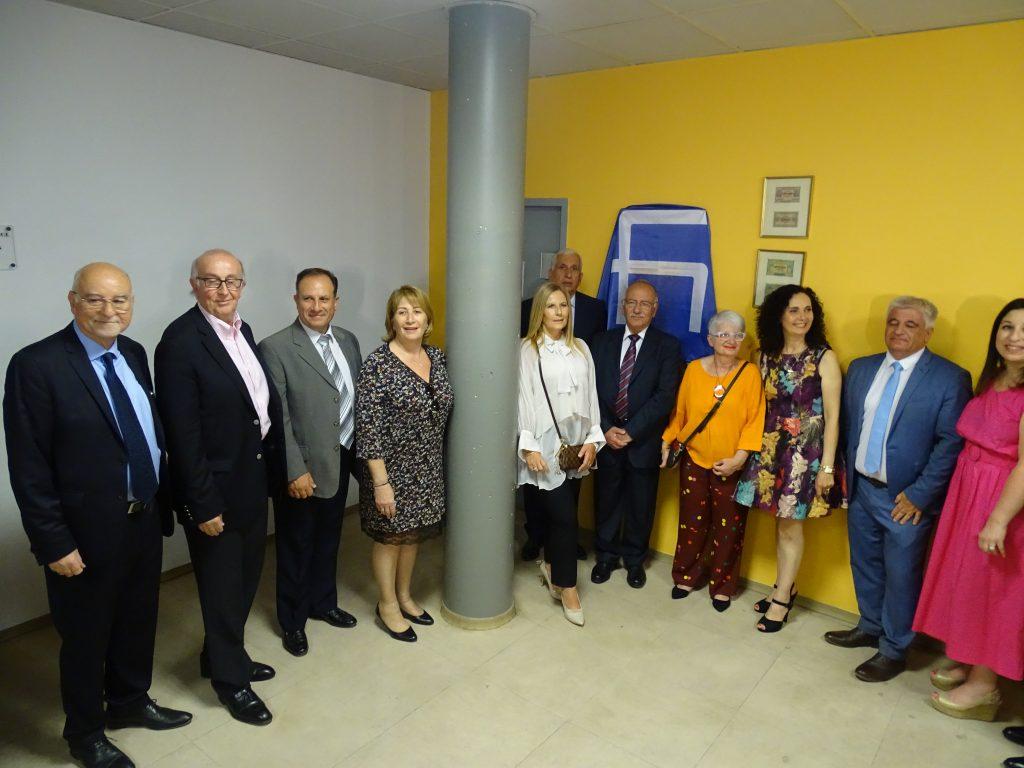 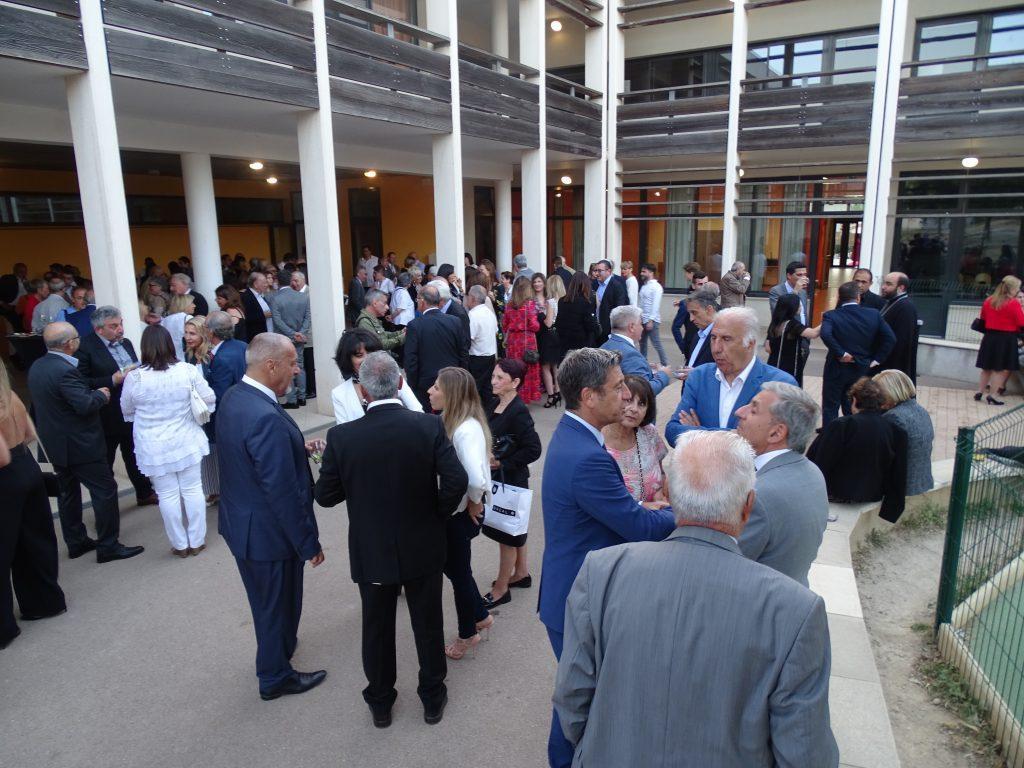