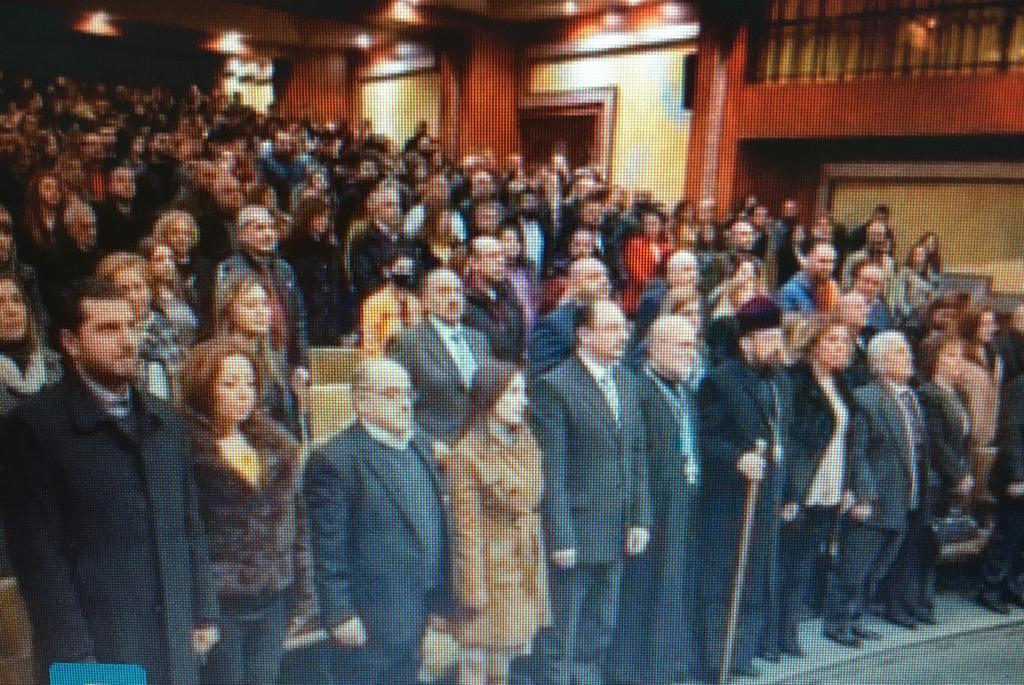 Armenians in Aleppo enjoyed three performances by the Hamazkayin Nigol Aghpalian Chapter’s Shushi Junior Dance Ensemble under the artistic direction of Vrej Terzian. More than sixty children and young adults performed Armenian, Arab, and western dances. With their colorful costumes and energetic and lithe movements they took the assembled guests on a 90-minute journey from country to country, introducing them to the dances of various cultural traditions.

The event began with the national anthems of Syria and Armenia. Maral Ghazarian said, speaking in Arabic, that dance is an uninhibited form of expression; when you dance, you can express your innermost feelings. How arid our daily life must be if dance is not part of it, she said, likening the stage to a garden in spring, where we will see buds, butterflies, and colorful flowers.

Sarin Boghosian, speaking in Armenian, said that dance is an art form that reveals a nation’s particular nature, psychic world, degree of civilization, and relationship to nature and life. She said Armenians have relied on art, and especially dance, to maintain their character.

When the curtains rose, the impressive arrangement, symbolic of the Shushi ensemble, caught everyone’s eye. Emcee Maria Aghbabian invited the ensemble to the stage after a few remarks about the value and particularities of Armenian dance.