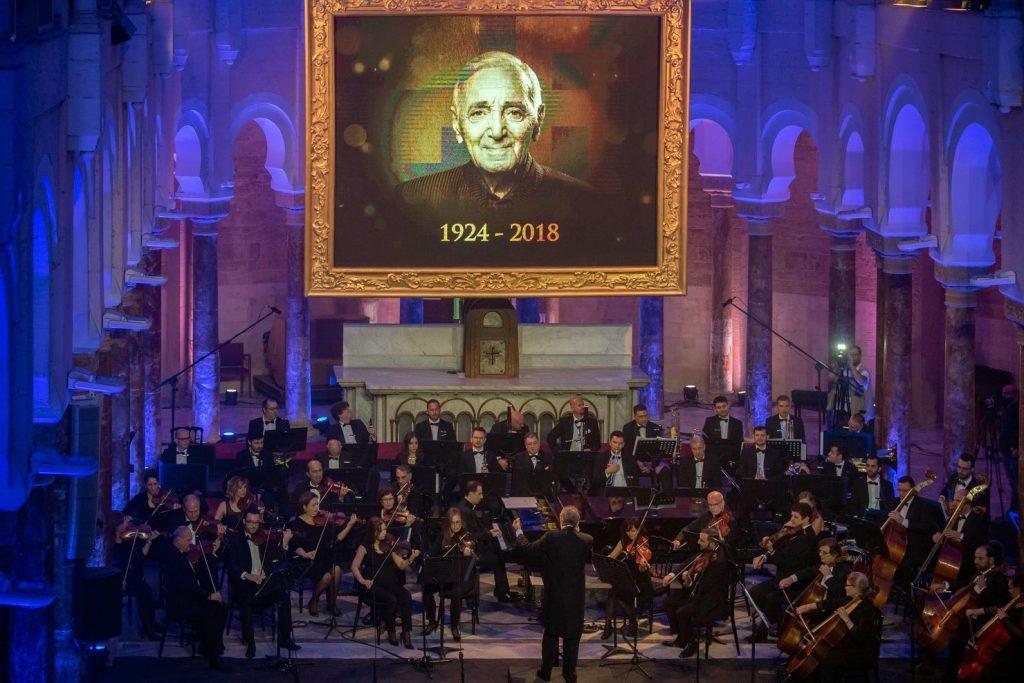 On November 15, the Jesuit Saint Joseph Church in Beirut hosted an event overflowing with Aznavour’s supporters who were eager to honor his memory. The unique concert was organized by the Lebanese National Higher Conservatory of Music and Hamazkayin under the high auspices of the President of the Lebanese Republic, General Michel Aoun, who was represented by First Lady Nadia Al Chami. Other attendees included Minister of Tourism Avedis Guidanian; the Prelate of Armenians in Lebanon, Archbishop Nareg Alemezian, representing Aram I, Catholicos of the Great House of Cilicia; Beirut’s Armenian Catholic Auxiliary Bishop Kévork Assadourian; the ambassador of Armenia in Lebanon Samvel Mkrtchian; members of the Armenian bloc in the Lebanese parliament Hagop Terzian and Alezandre Matossian; Minister Jon Oghassabian; representatives of Ministers Cesar Abi Khalil and Gebran Bassil; ambassadors of other countries; Central Administration For Statistics Director General Dr. Maral Gidanian; the treasurer of the Lebanese Businessmen Association, Patrick Farajian; and many other music-loving people

The event began with an opening speech by Bassam Saba, head of the Lebanese National Higher Conservatory of Music. He spoke of the honor of playing a part in the concert celebrating and commemorating Charles Aznavour. Saba noted that Aznavour’s ties with Lebanon had been long term and that Aznavour had a real love for Lebanon. He was French, of Armenian extraction, the composer of 1,200 songs, and at the same time a poet, actor, and diplomat. He entered every listener’s heart with his artistry. Aside from his art, Aznavour made a great humanitarian contribution to Armenia. The Lebanese National Higher Conservatory of Music appreciates the legacy of the great man. Mr. Saba made a point of acknowledging Hagop Fazlian, director of Lebanon’s Philharmonic Orchestra, whose painstaking work played a huge role in the success of the event. 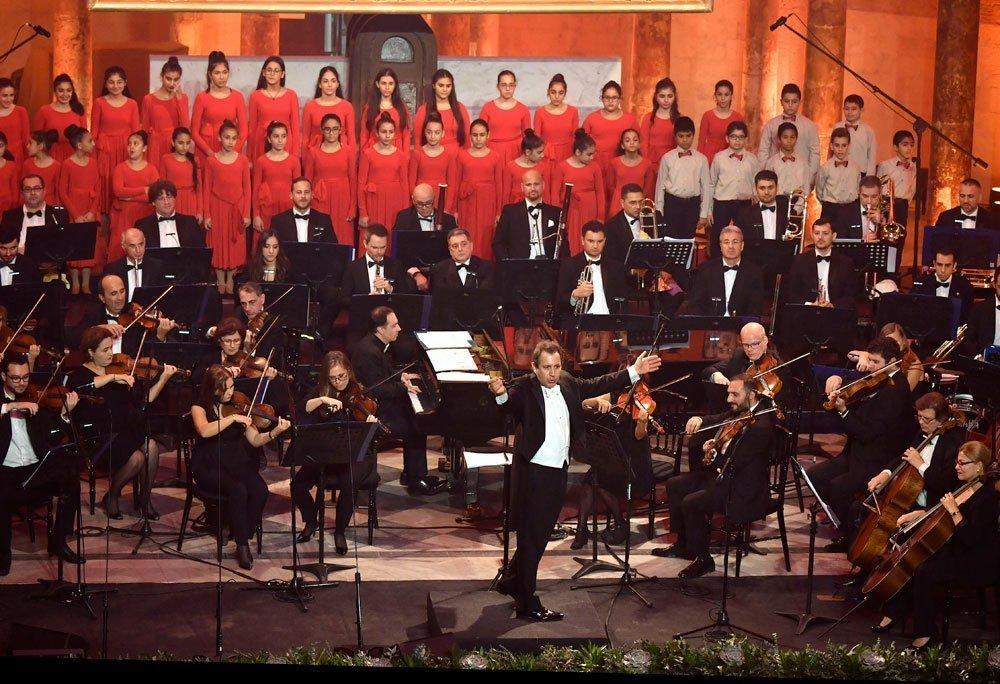 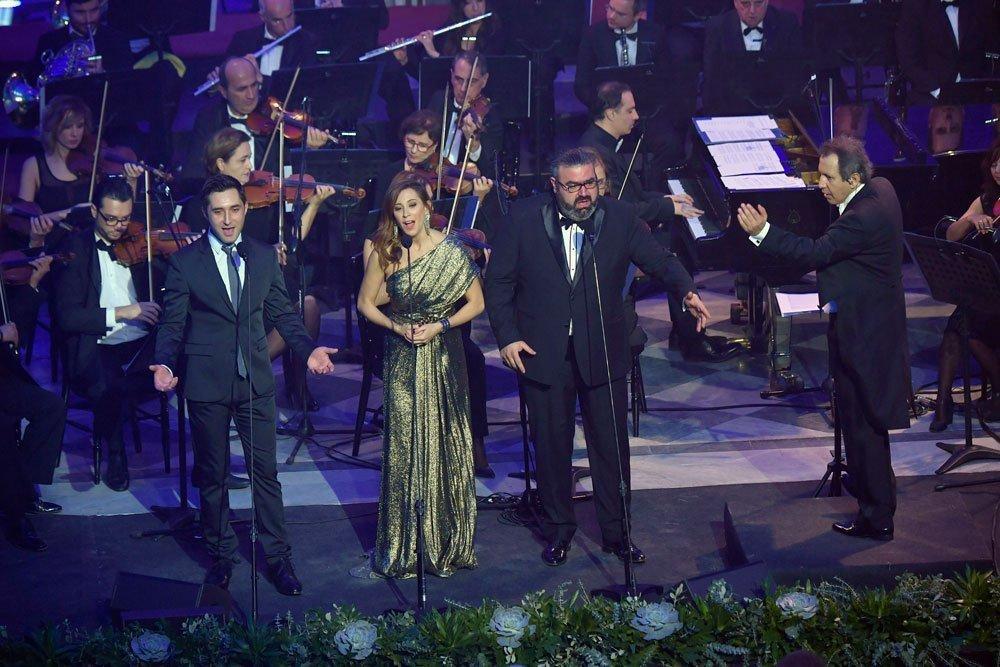 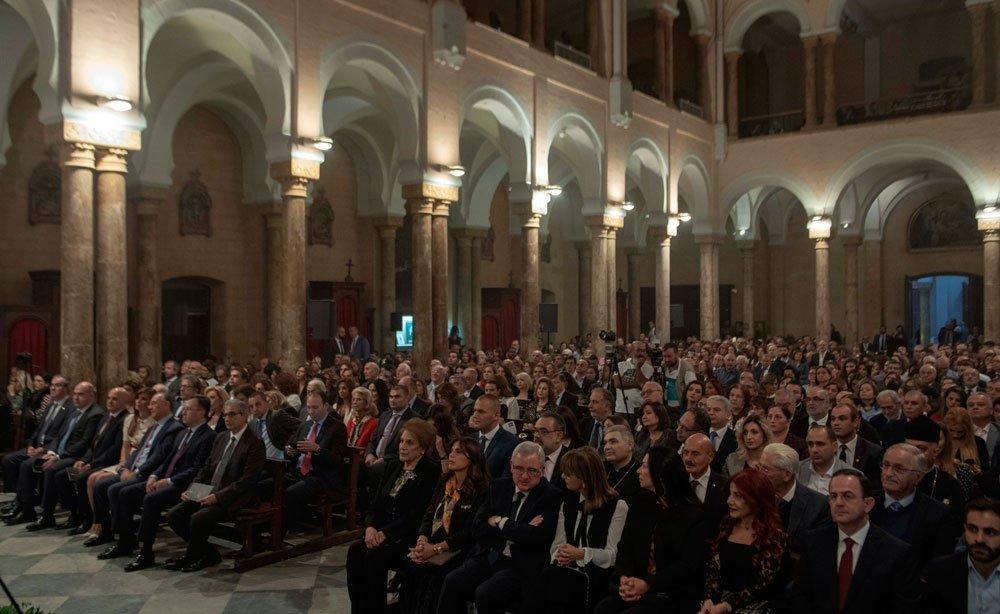