The Hamazkayin Kuwait Chapter on May 3, 2019, organized an evening of troubadour music at the Keifan Hall in Kuwait under the aegis of Bishop Masis Zobouyan, Prelate of Kuwait and Neighboring Countries, Sarmen Baghdasarian, ambassador of Armenia, Vartkes Avetisyan, consul of Armenia, and more than 400 guests.

Mr. Bayatian explained the reason for the event. “Aware that Armenian troubadour art has had a great influence on the musical character of our people, continuing Hamazkayin’s mission and to keep alive the love for and interest in Armenian troubadour music in the new generation,” the chapter decided to organize this event. He thanked all those who helped organize and realize the evening. The first part of the evening, he said, would be dedicated to Sayat Nova; the second, to a selection of the best of the other ashoughs.

He then invited Gilda Berberian, a talented reciter of poetry, to serve as emcee.

To open the artistic segment of the program, Ms. Berberian recited Yeghishe Charents’s “I dreamed Sayat Nova came to me, instrument in hand.”

Shant Danielyan and Sagis Adamyan, visiting from Armenia, went on the stage along with the other musicians for the evening. As a group, they performed Sayat Nova’s masterpiece, “Kamancha.”

Ms. Berberian then recited Hovhannes Tumanian’s ode, “Like Ashough Sayat Nova.” A duet by Biayna Bablanian and Serena Garabedian followed. They performed “Even If They Gave Me Your Weight In Pearls,” and “You Are That Fairy.”

Vahe Tashjian performed “With the Nightingale.” Then the Shakeh Dance Ensemble of Kuwait presented a delicate dance to accompany Sayat Nova’s “I Don’t Know Your Value.”

Adom Keheyan performed one of Sayat Nova’s most complex creations, “I Will Not Whinge in This World.” Lucy Kahkejian performed Sayat Nova’s “Farhad Died and Shirin Said.” The dance  ensemble then danced to, “As Long As You Are My Love.”

In the second part of the program, creations of Sheram, Bagrat, Ashot, Sedrak, and Ashough Jivani were performed. Lila Garabedian performed Sheram’s beloved and complex ode, “You Are My Muse.

Popular performer Kevork Temamian performed Bagrat’s, “You Are the Moon under a Cloud,” and Sheram’s, “No Life Remains in Me.”

Next was Ashot’s, “Legitimate Birth in Zangezur,” and the young members of Shakeh performed a new dance. Then Sheram’s, “My Love, You’re Pretty,” was performed by Sarina Adanalian. Rosdom Sargisian sang Sedrak’s “With Your Dark Eyes.”

The dancers performed alongside Sheram’s, “Shorora.” Then Rosdom Sargisian and Lila Garabedian sang Ashot’s “Pretty Mountain Girl.” Kevork Temamian returned to the stage with a selection of songs from Sheram. At the end of the program, the singers together performed Ashough Jivani’s masterful “Be Mindful.”

Ms. Berberian read a note from the Hamazkayin of Kuwait thanking the donors, the vocalists, the dancers, the guests from Armenia, the dance instructors, those who worked behind the scenes and the members of all the committees of Hamazkayin who worked to bring the event together. She invited the prelate to the stage to say a closing prayer.

The bishop congratulated Hamazkayin for its successful event and said, “Any nation or organization needs three things to survive and thrive: collective will, cooperative work, and modesty. Thanking and lauding the performers from Armenia, the performers, their instructors, and the guests from Armenia, the vocalists, the dancers and their instructors, and everyone who worked or provided financial support. He said, “Thanks to you, on this foreign stage, Armenian song and poetry was heard and danced was seen and the stage became, for a few hours, an Armenian one.”

He called on the audience to keep alive the national and cultural heritage handed down through the generations, instilling love toward it in their children. He called on Hamazkayin members to keep up the great work and build on it. Souvenir photos were taken with the prelate and the ambassador. The local press reported on the event immediately and live streamed it as well. 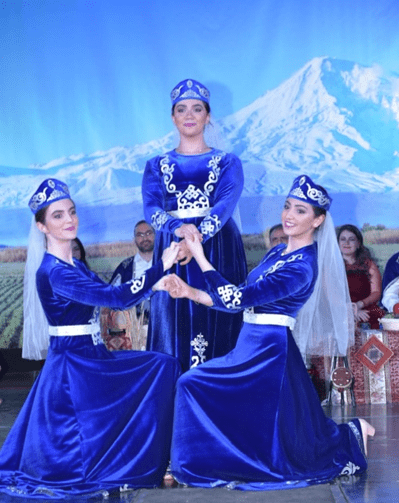 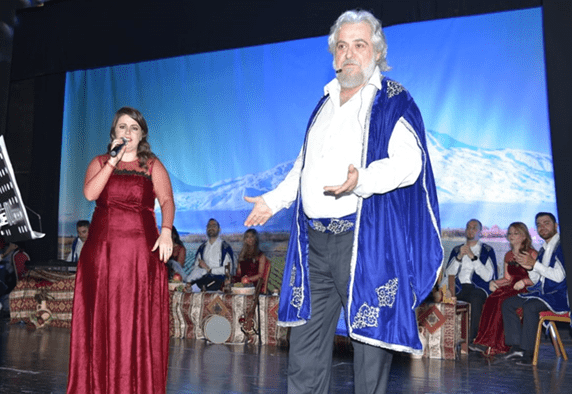 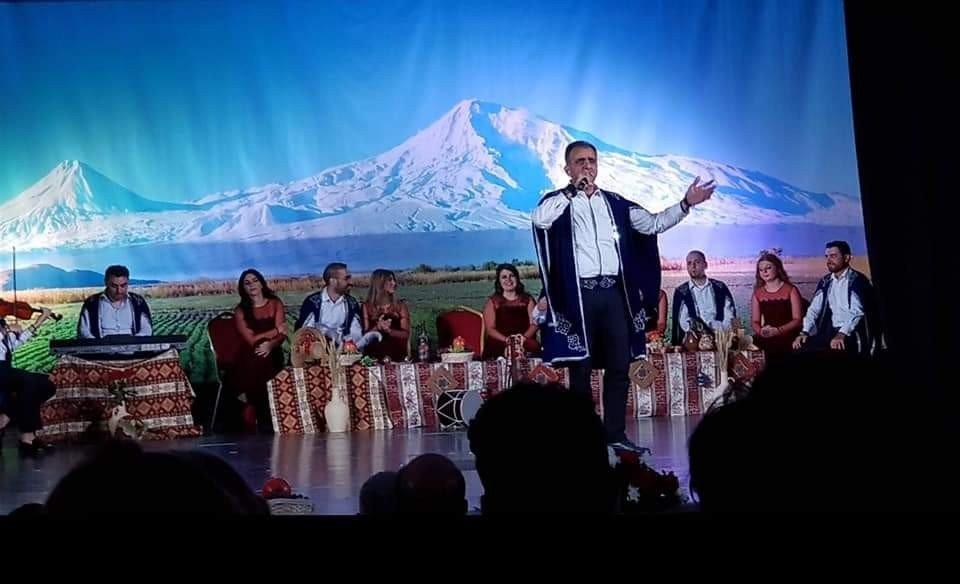 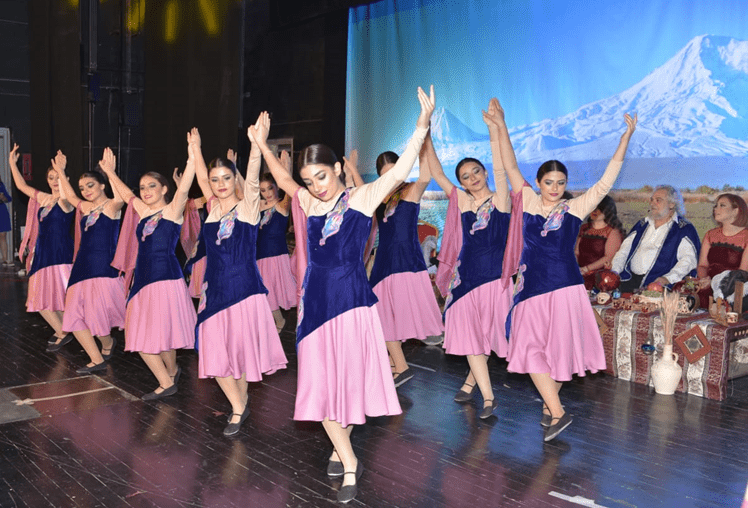 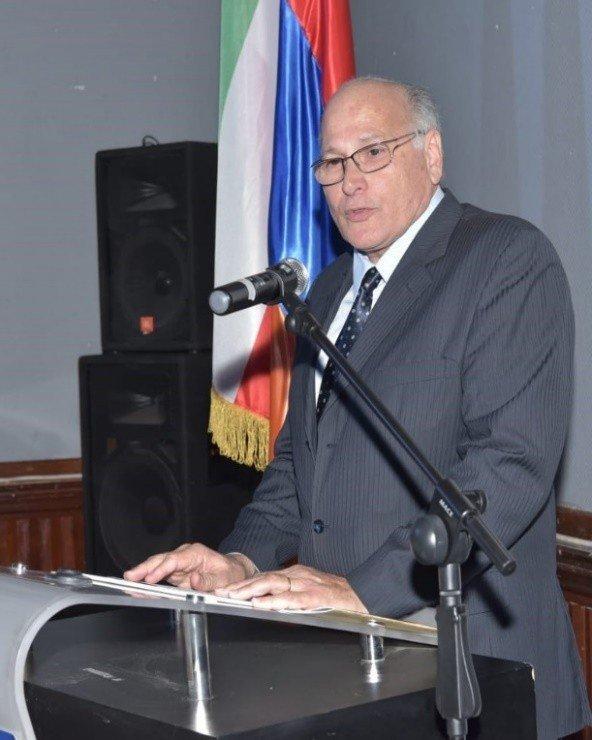 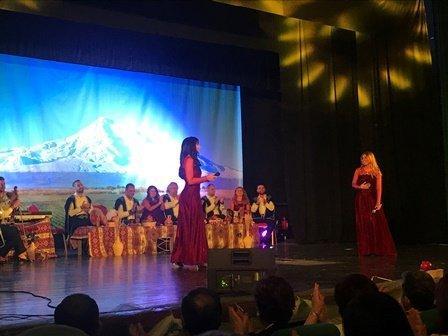 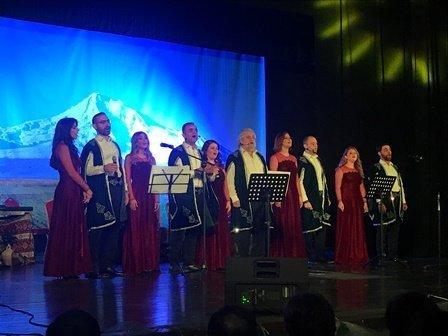 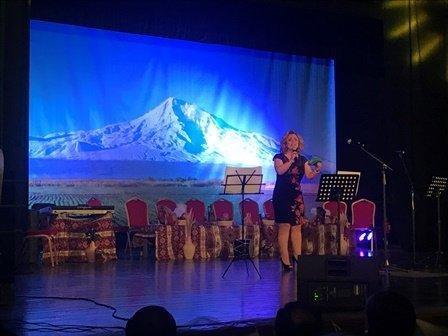