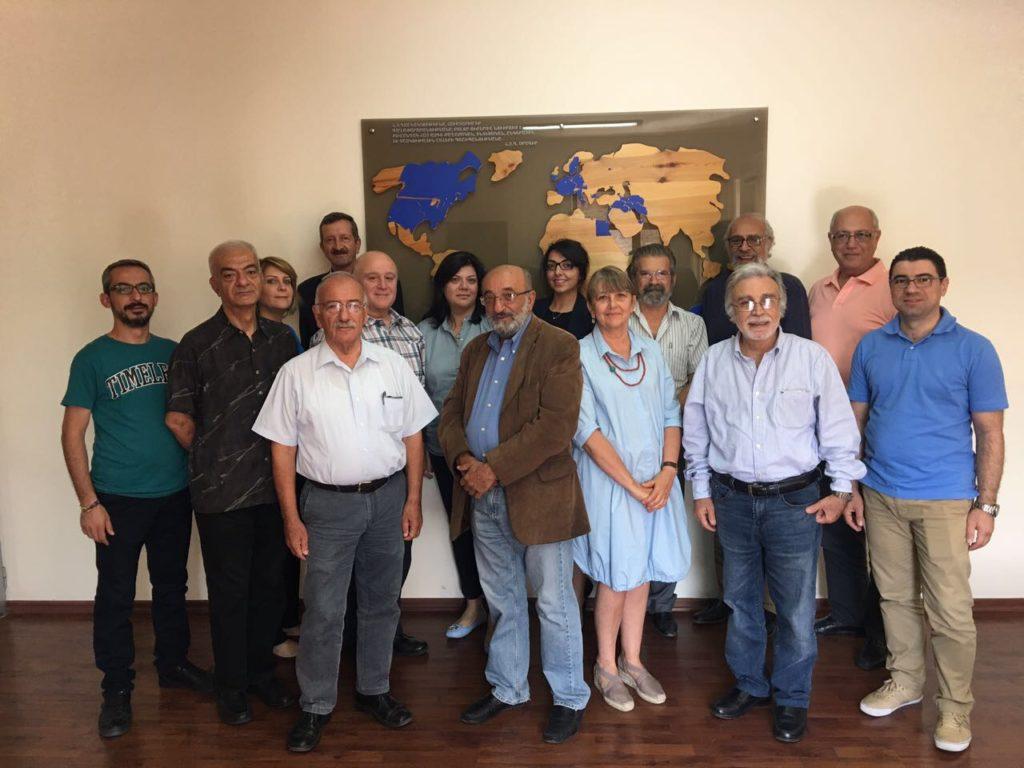 First, the Assembly listened to the reports on the activities of regions and confirmed with satisfaction that the network of Hamazkayin organizational units gradually expands, and the process of evolving the young generation in the network is progressing.  The Middle East Regional Executive Board and three North American Regional Executive Boards are active and working hard.  However, on the other hand, more organizational efforts and attention are required to eliminate the faults of some European structures and of the South American regional units, and developing the organizational level of the mentioned structures is a top-priority issue in the Central Board's agenda.

The Assembly started to examine the administrative and educational issues, particularly of the educational institutions functioning under the aegis of the Central Executive Board.  The discussion started with the existing Armenian education issues in the Hamazkayin Beirut M&H Arslanian Djemaran, Marseille Djemaran and Sidney’s Arshak and Sophie Golsten Djemaran.  The meeting also studied their administrative work, gave assessment to these institutions’ principals’ work, and decided the preventive steps connected with the possible future developments of their budgetary problems.  Then the Assembly examined the educational and administrative needs of the Targmanchats College of Paris and decided to continue its commitment to that institution.

Regarding the program of training future teachers of the Armenian language for the Armenian schools of the Diaspora, the Assembly decided to activate and promote the joint programs between the Hamazkayin Association and Yerevan State University in the field of Armenian Studies and School Administration.  The Assembly expressed satisfaction over the fact that this program has already had its first harvest, and two teachers have started their teaching in two different communities of the Diaspora.

The meeting also discussed the activities of its other institutions, particularly the activities of Vahe Setian Print House, Publishing House, and Lucy Tutunjian Art Gallery, and highlighted the importance of adopting modernization tools in the publishing field.  As for the Pakin literary magazine, the Assembly expressed its satisfaction over the work of the editor and editorial board, and their efforts to involve young people.  The Assembly highlighted the importance of the magazine’s further promotion in wide circles.

Assessing the Hamazkayin’s success in making electronic game applications for children, the Assembly decided to expand the work and to give new impetus to this production for children.  The meeting also decided to provide the Armenian children with free of charge electronic Armenian games for their wider promotion.

The Assembly sequentially discussed the preparatory works aimed at creating an online platform for young Armenians, and clarified the next steps in making the program accessible to the youth.

Finally, the Assembly discussed the issues regarding the celebrations dedicated to   Hamazkayin's 90th anniversary.  As for the opportunity to celebrate the anniversary of Hamazkayin in all communities of the Diaspora, the Assembly made a number of decisions. First, to organize a collaborative conference with YSU, to sponsor or organize special cultural speeches, and other initiatives aimed at promoting the activities of Hamazkayin and the organization of the 8th Hamazkayin Convention on 19-20-21 May 2018 in Yerevan.