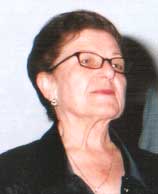 From 1951 to 1976, she worked as a doctor in the hospital opened in Palestine by the United Nations’ Organization. In 1976, she opened her own dispensary, where she very often provided the children needing treatment with medical assistance and health care being a charitable mother for them.

Dr. Karakashian supported also her  own  college – the Jemaran, the sport- cultural center  of which bears her name today. Dr.Karakashian has been awarded the Order of the Central Executive Board of Hamazkayin for her dedication and deep affection towards the Hamazkayin’s educational institutions.

Dr.Karakashian – the children’s protector-doctor and the defender of the Armenian language was awarded Gold medal in Jerusalem by RA Minister of Diaspora Affairs  Hranush Hakobyan.