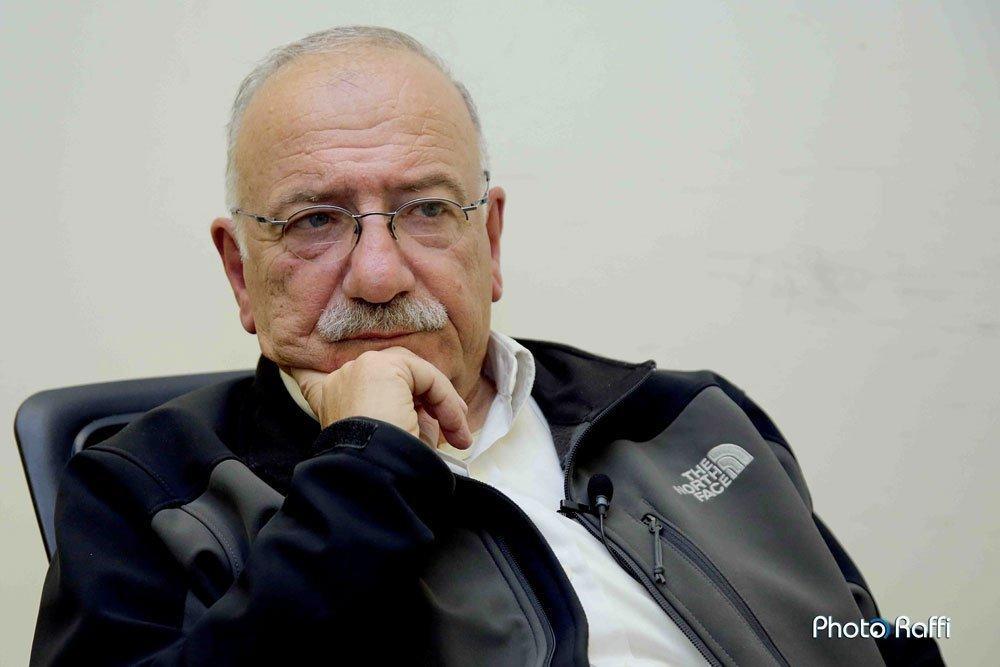 QUESTION: How did the idea of ​​establishing Hamazkayin Artsakh Office come About?

ANSWER: One of the agenda points of each Hamazkayin Assembly of Delegate was  related to starting Hamazkayin activities in Artsakh. We did not implement any projects in Artsakh because we knew the experience of other organizations there. The state bodies did not support the activities of associations from abroad, therefore the latter failed and did not succeed. We are patient people.  We have been waiting for invitation so far. The day came and we are here.

QUESTION: - What kind of strategy will you adopt to implement your projects in Artsakh?

It is here that Armenians should gather together on every occasion. Not everyone can come, but the process will be continuous. Some of them will come here this year; others will come next year, and so on.  They will spend two weeks or one month here, and then they will tell their friends in the diaspora, and in the course of time, we all will be the same. I mean the same type of Armenians who think differently, but have the same mentality and culture.  It's very important for all Armenians.

I should also say that in September, a photo exhibition will be organized in Shoushi by Hamazkayin Armenia Office. Hamazkayin enters Artsakh through wide open doors.

QUESTION:  - On May 28, the Hamazkayin union celebrated its anniversary. How do you evaluate the activities of the 89-year-old Union?

ANSWER:- The Hamazkayin Society was founded on the day of the Republic's foundation, on May 28. We have a little difficulty, because next year  we are celebrating the 90th anniversary of the Hamazkayin Society and the 100th anniversary of the first Republic of Armenia.  The Hamazkayin has always stayed in the shadow and will continue to remain there next year.  However, we do not have any complexity, and we are happy for that.  We are glad that Hamazkayin was founded on that very day. There is a great sacrament in it, and it certainly raises the role of the union.  It is a privilege to carry out activities in the shadow of the people who founded the First Republic of Armenia. We cherish that sacrament, and it is of great moral significance for us. I think the Hamazkayin Society hasn’t disappointed anyone.

We do not like to glorify ourselves, and we even  blush when we are praised. However, people answer that question in the following way: Throughout its 89 years, the Hamazkayin Society has done everything, even the impossible to give sustainable education to children and to promote the Armenian culture in the Armenian communities of  the Diaspora.

QUESTION:  - What programs does the Hamazkayin Society implement?

ANSWER:- We have made an Internet platform to make the information about the Armenian high culture available to  the Armenian youth living in the Diaspora so that they stayed  close to their Armenian community. This is one of our most important mission.

Of course, technically, we have some other problems, but one day we shall be able to present the program to the society.

2-3 years ago, we received a request from Targmanchats College of Paris to take care of the college. Though it was not our school, we accepted the offer and were engaged in raising the level of the educational and Armenian Studies Department.

Over the past three years, we opened a new chapter in Kuwait. The local forces did not want to have Hamazkayin office there, as the other unions had already occupied the whole sphere.  Now, the chapter is founded upon their request and a great deal of work is being done.