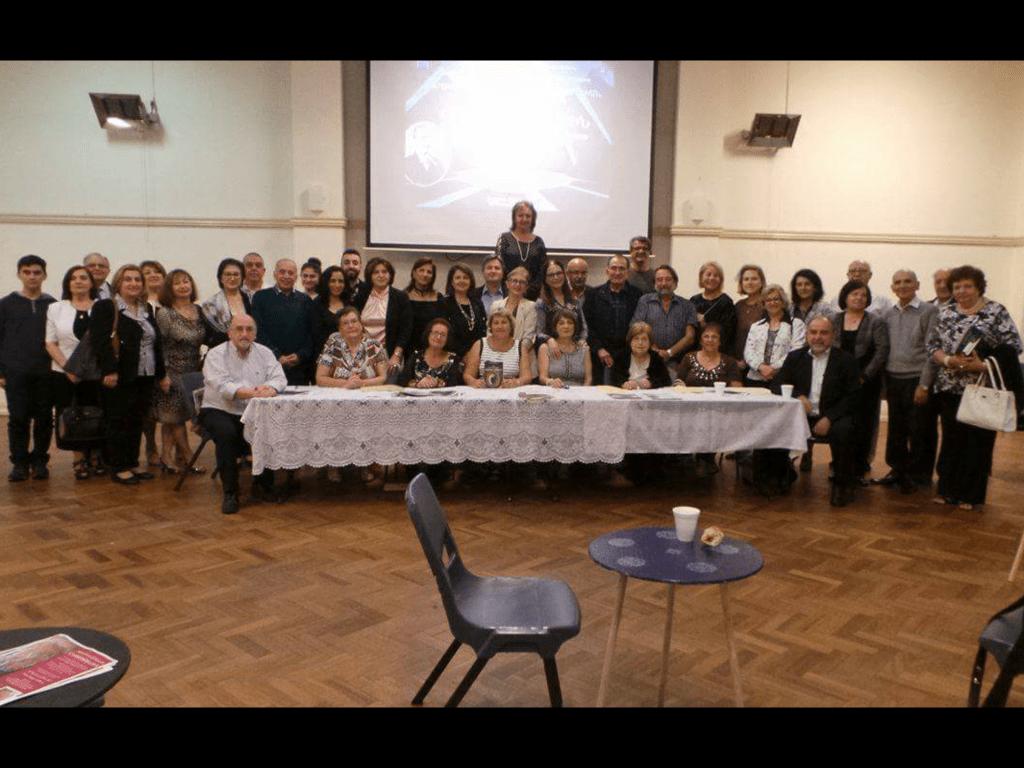 Last night, I could not sleep. I tossed and turned waking a little while with a thought running through my mind and then dosing off again.

Something haunted me. I could see his eyes in the photograph. His dark penetrating gaze that people had written about. I could see a handsome charismatic man walking down a street in Istanbul while the ladies turned with half smiles and greeted him in the hope that he would turn and say hello.
I could see how he would have easily helped a beggar or drunk who was nimble on his feet. Oh how cruel it is that I have to think about a man who was beaten to death a century ago.

Last night the literary committee had a function to commemorate the life of one of Armenia’s finest, Krikor Zohrab. A distinguished attorney, writer, humanitarian, who became one of the first victims of the Genocide of 1915.

I had sat listening to some of the stories in his books, his life and work. Never expecting that this man could have made such an impact on me.

I woke up last night and could not sleep any more. How could they! How could they have murdered such a man? How could I forgive? They had killed a legend! My mind had drifted to the time he was alive. A happy man who fought against injustice. He passionately loved life and he also had a rare ability to see life as it is and created masterpieces on simple stories of life.

I listened to the story he wrote about a man who had lost his life’s job and earnings and he had become destitute, yet every day clutching his leather bag pretended to go to work, as if life was normal. However that bag now only contained some fruits and sweets for his children when he returned home. Zohrab’s description of this man lying face up in the lake dressed in his suit still clutching his bag is truly moving. A proud father who had not been able to live with his shame.

Or the story of his crazy love for a nun at a hospital where he was recuperating, while she tries to convince him that this was only a phase and it would pass. Finally he gives up, and as she had predicted life would go on. However he returns a year later to find that she passed away.

The stories he wrote were simply masterpieces. His life as an attorney was exceptional. He believed in the rule of law and he lived his life upholding the law in a country that usurped the law in 1915 and did not allow justice to prevail.
A justice that Krikor Zohrab had truly believed in!

I am writing these words, not because come this time of the year all Armenians go through a perpetual yearly emotional odyssey, as if an automatic gage opens the emotional floodgates and re-opens the wound that keeps getting infected. This is the date - April 24 - a date that tweaks the heart of every living Armenian. It is the date when the Ottoman Turkish Government decided to implement its decision to annihilate the Armenian nation. It is the date that the orders went out in every county and town to arrest every prominent Armenian in the city of Istanbul. That is the date that Krikor Zohrab, a Member of the Ottoman Parliament, Prominent Lawyer, writer and national treasure was taken prisoner and subsequently murdered.

It is hard to imagine that one can mourn the death of a man who has left this world a century ago. But what is time when the tragedy rips the soul apart and haunts a nation that still cannot heal this hundred and two year old wound?

The audience was mesmerized with the stories and life of this great man. Krikor Zohrab has left a legacy not only as a writer or an attorney but also as a man. A man who served the country that he lived in as it’s citizen, even though it was an empire that had taken away the freedom of his own people. Yet he was a man of the law and believed that justice will prevail and the law will ultimately free him from the coming calamity.

Armenians are the descendents of an ancient nation who’s history goes back over three thousand years with long established culture, civilization and civil laws. That is why Armenians look at the nations of the world and expect them to adhere to the same principles and laws of civilization and humanity and condemn the crime of Genocide perpetrated anywhere, no matter how long ago the crime was committed. 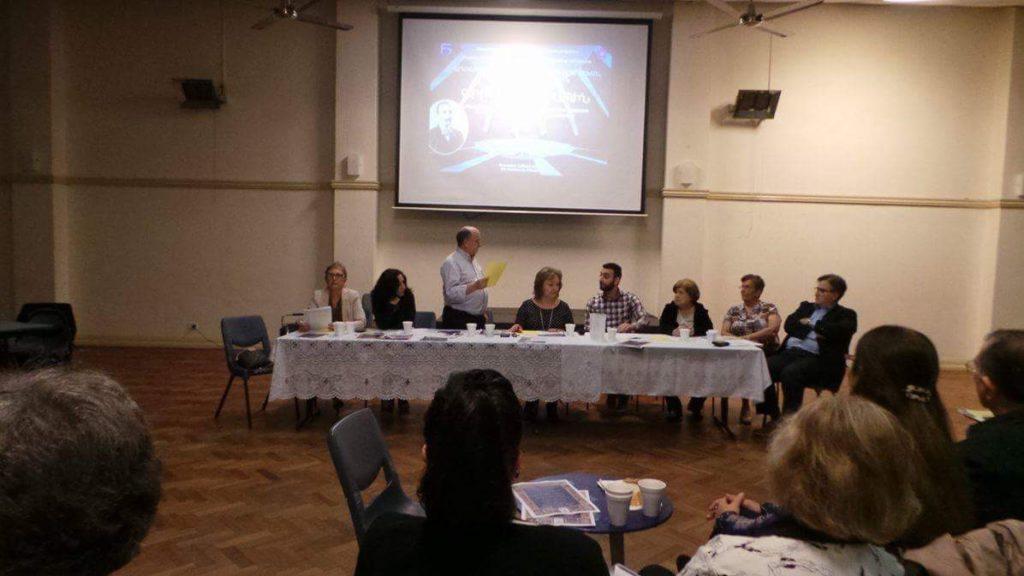 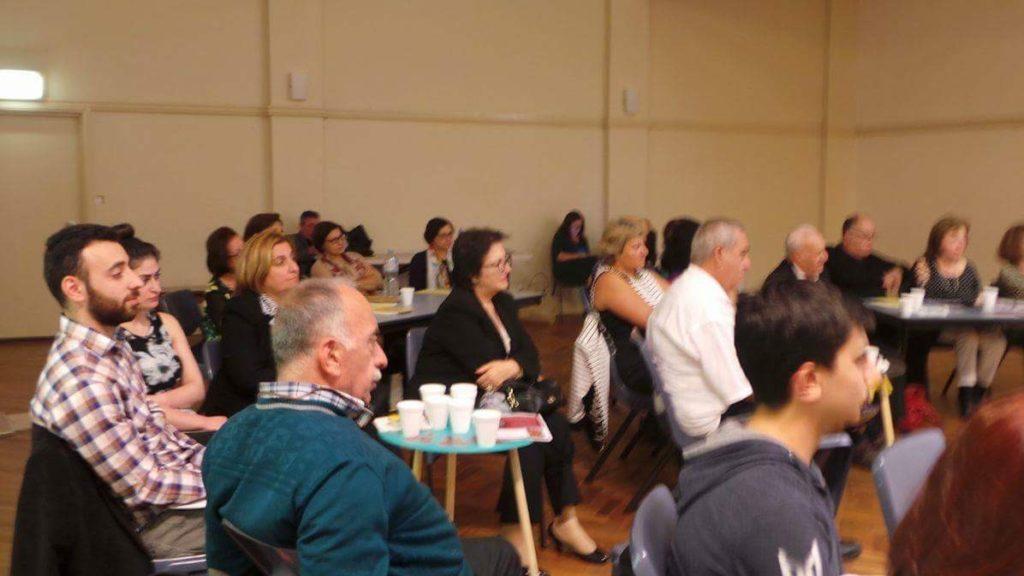 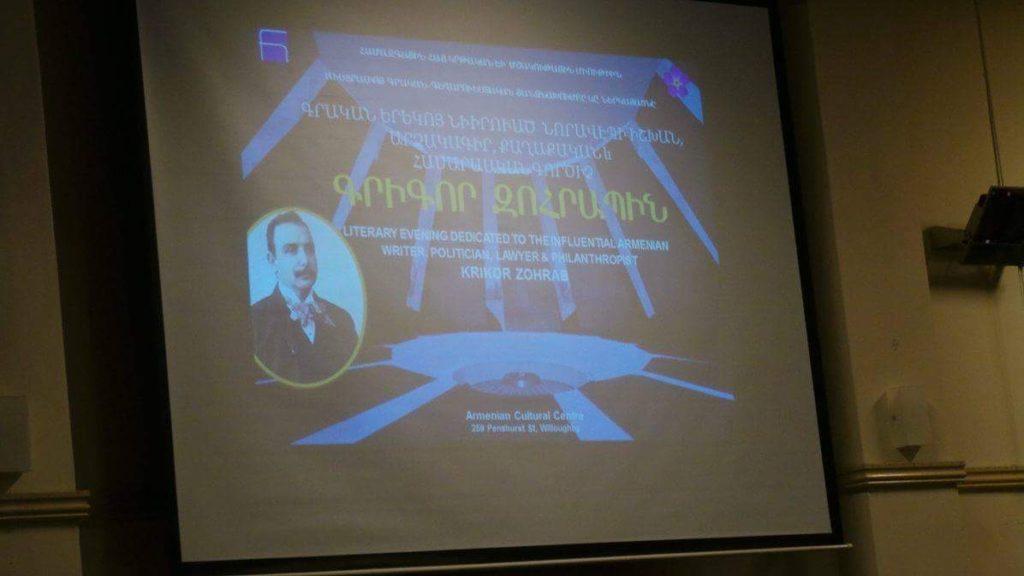