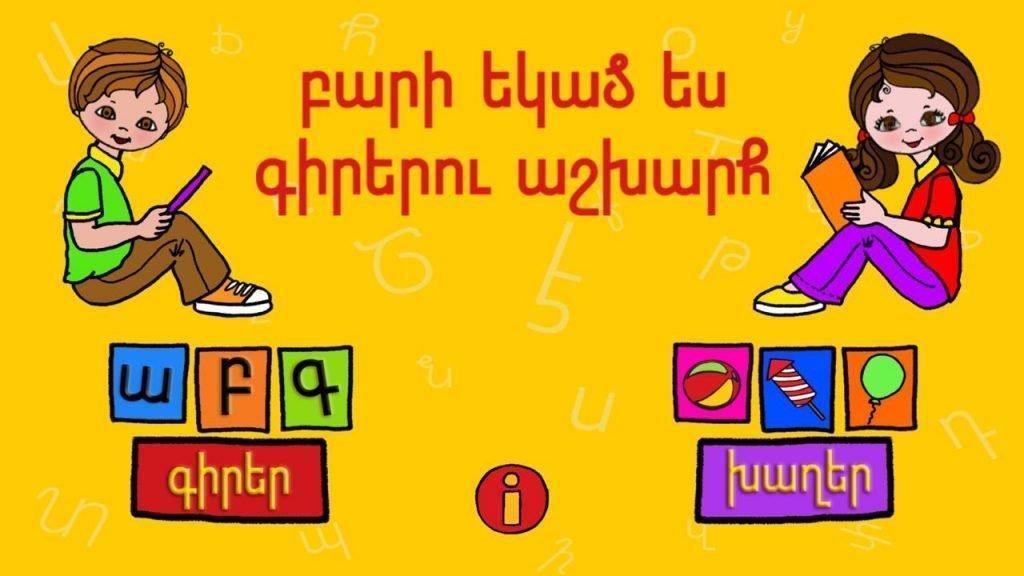 Three years ago, the Central Executive Board of Hamazkayin began the development and distribution of “Lalan u Aran” (Lala and Ara) a series of Armenian-language electronic games for children and teenagers. The primary purpose of the series is to make Western and Eastern Armenian instruction easier, more pleasant, and above all, more accessible to all, using everyday electronic devices.

The game “Kireru ashkharh” familiarizes the Armenian child with the 38 letters of the Armenian alphabet in their lower-case and capital forms. For each letter there are colorful and sound-enhanced games, images, and activities.

This work would have been difficult to complete without the financial support of the Calouste Gulbenkian Foundation Armenian Communities Department and the Hamazkayin U.S.A. Eastern Region Executive Board. They have our profound thanks.

The “Lalan u Aran” series, which contributes to the spiritual and intellectual development of the Armenian child and especially makes Armenian a living language for play, is periodically refreshed with new games. The variety of related merchandise—Armenian dolls and stationery—also continue to grow.

As we conclude our celebration of the 90th anniversary of the Hamazkayin Armenian Educational and Cultural Society, and as we approach the holiday season, “Kireru Ashkharh” in the “Lalan u Aran” series is our gift to the Armenian child.