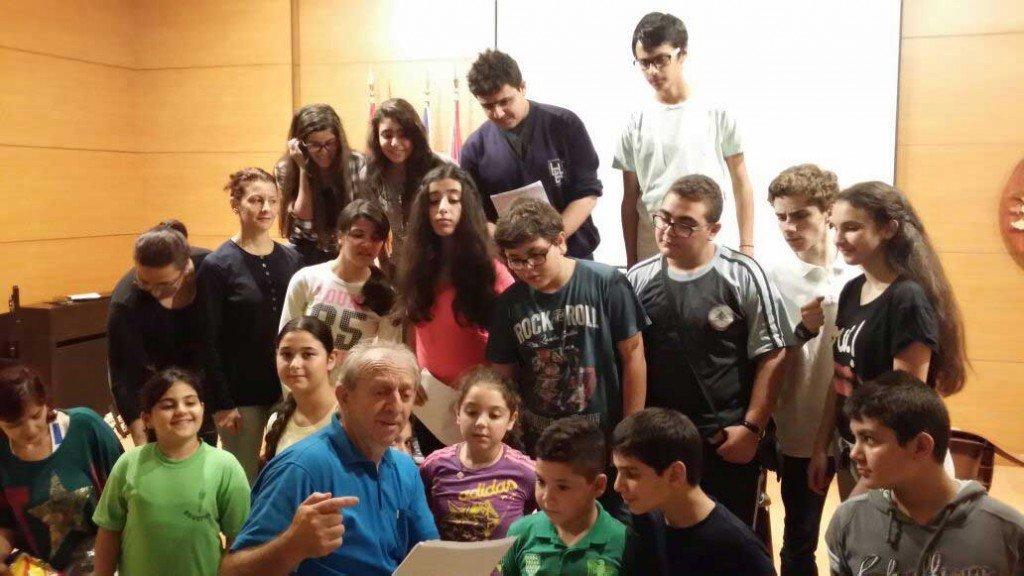 The students of "Areg" Drama School directed by Robert Arakelian, embody over thirty characters of the play. The students of the Choreographic School "Gayane" perform two dances under the supervision of the native Armenian choreographer Karen Makinian.

The performances of the Christmas joyful musical show "Golden Apple" will start on December 11, 2014 at "Hagop Der Melkonian" Theater Hall.

Director Robert Arakelian, in parallel with "Golden Apple", is preparing also his next performance dedicated to the 100th anniversary of the Armenian Genocide that will take place in the spring of 2015.