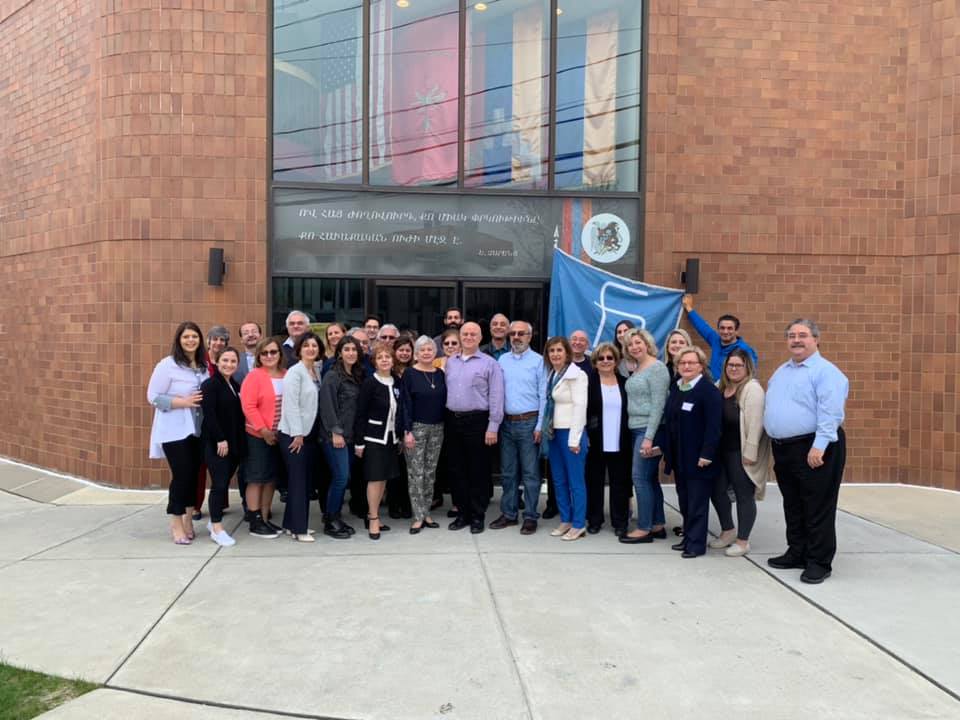 On May 4, 2019, at the Papgen Suni Club in Watertown, Mass., Hamazkayin Eastern U.S.A. held its 43d regional convention with the participation of elected delegates from the region’s various chapters and invited guests. The Central Executive Board was represented by Hrair Baronian and the Armenian Revolutionary Federation Central Committee of the Eastern U.S.A. was represented by Khajag Mgrditchian.

The annual reports were read. Delegates had the opportunity to ask questions and then to evaluate the activities of the last year. Special attention was given to issues relating to the youth; Artlinks program director Khatchig Mouradian, Ph.D., and his assistant Helena Bardakjian discussed the program. The principal of the St. Stephen's Armenian Elementary School, Houri Boyamian, addressed the area of education. The chairperson of the outgoing Regional Executive Board, Arevig Caprielian, presented gifts to several active members of the region.