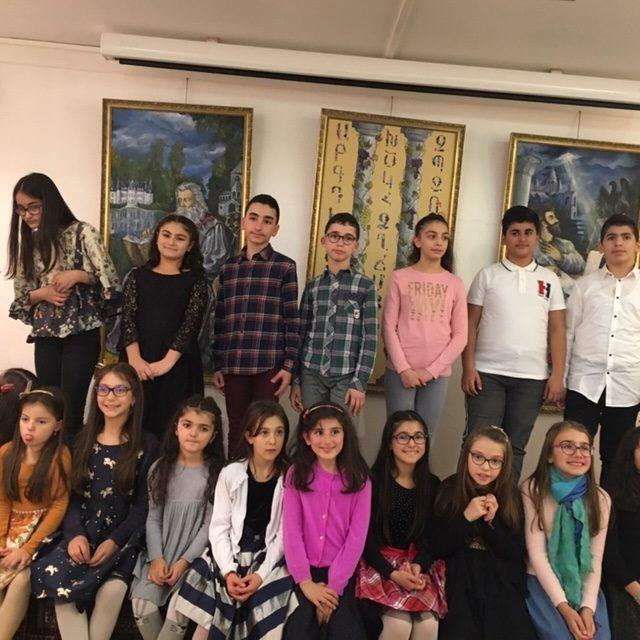 As part of the celebrations of the 100th anniversary of the Armenian republic and the 90th anniversary of Hamazkayin, the Paris Chapter of Hamazkayin organized a poetry recital competition for children attending Armenian day schools, Saturday schools, or private schools anywhere in France. The children competed in two groups: 8 to 12 years old and 13 to 17 years old.

The event took place on November 18, 2018, at the Armenian Cathedral of St. John the Baptist in Paris. The Nourhan Frenkian hall was brimming with children, parents, and teachers.

Participating were the Hamazkayin Djemaran in Marseilles; the day school and the Saturday school of École Hamaskaïne-Tarkmantchatz in Issy-les-Moulineaux, outside Paris; the AGBU Paris Saturday school; the HayTas Saturday school; Tbrotsaser; the Surp Mesrob-Arabian school in Alfortville; and the Hrand Dink school. Some students also participated as individuals.

The jury was composed of teachers Hilda Kalfayan-Panosian, Armine Kevorkian and Garabed Dakesian and reciters Marina Hovhannisian and Ardashes Vosganian. After long deliberation, the committee selected outstanding performers from each of the groups:

Mr. Dakesian of the jury said all participants were worthy of a trophy but they had to make a choice. In fact, every student received a present. The gifts were donated by “Keerk” publishers, H. Baghdasarian, and S. Shnorhokian. The winners also received certificates.

A joyous atmosphere reigned after the program. 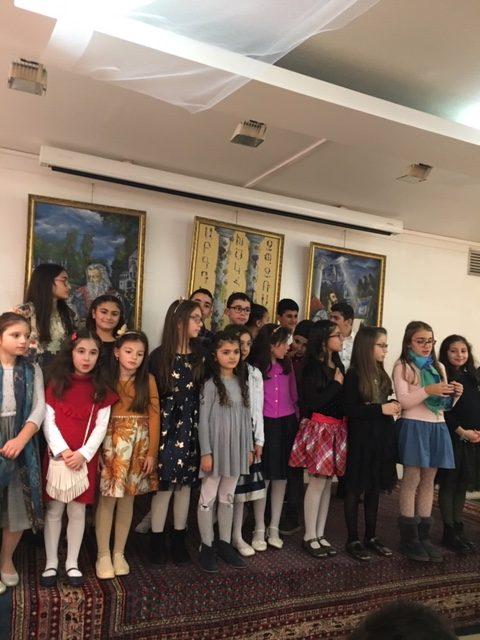 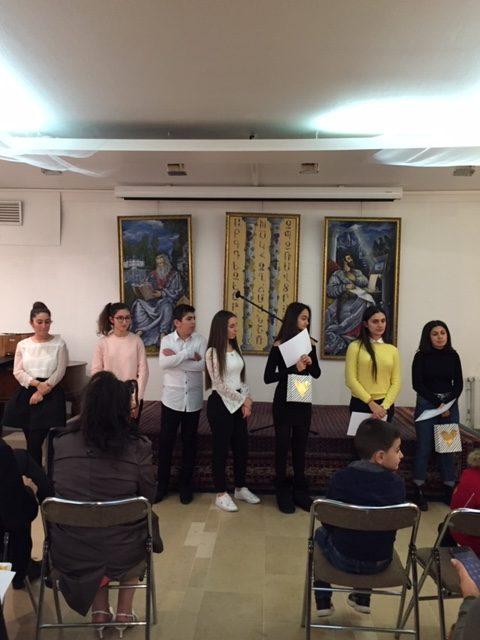 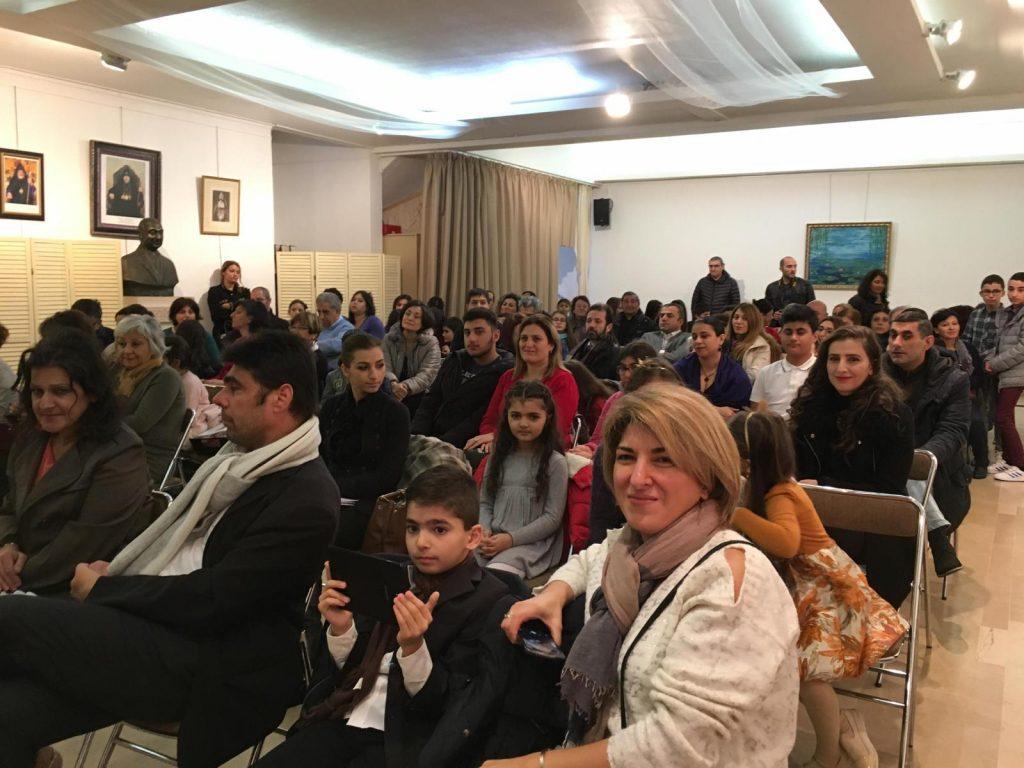