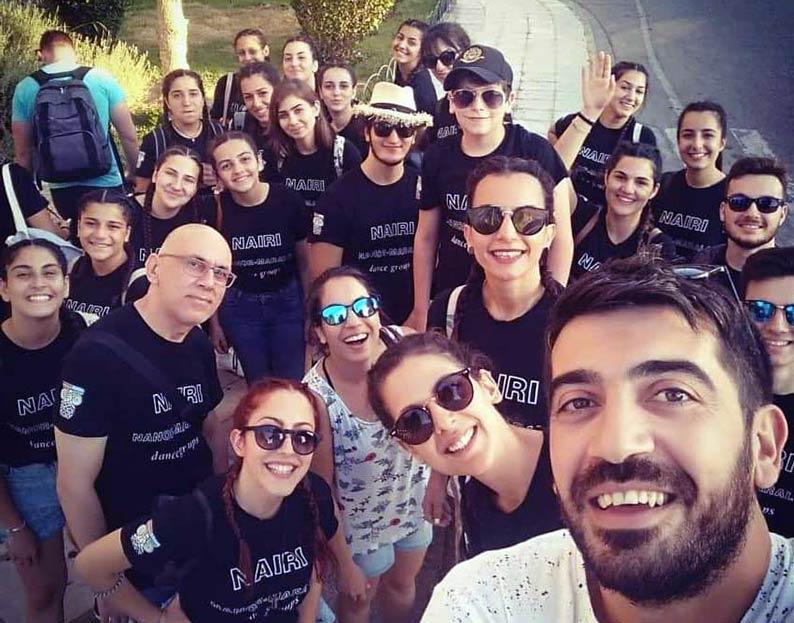 Azat Or Newspaper: From July 4 to 14, 2019, the 15th World Festival of Traditional Dance took place on the Aígio seashore in Achaea, West Greece, Azad Or reports. There were performances by groups from ten countries.

Hamazkayin’s dance groups were invited to participate in the festival. The “Nanor” dance group, directed by Edgar Egian, and the “Nayiri” group, directed by Anna Boghosian, performed July 13th. In their thirty-minute slot, the Hamazkayin groups performed the dances “Garmir Noor,” “Zurni Tringi,” “Ardashad,” “Tavit Beg,” “Kerdzi Papuri,” Dzaghgadzor,” as well as others.

Over 2000 audience members witnessed the performances, which generated unprecedented excitement. Hamazkayin dancers received the warm plaudits of the audience and the organizers, and were asked back for next year.