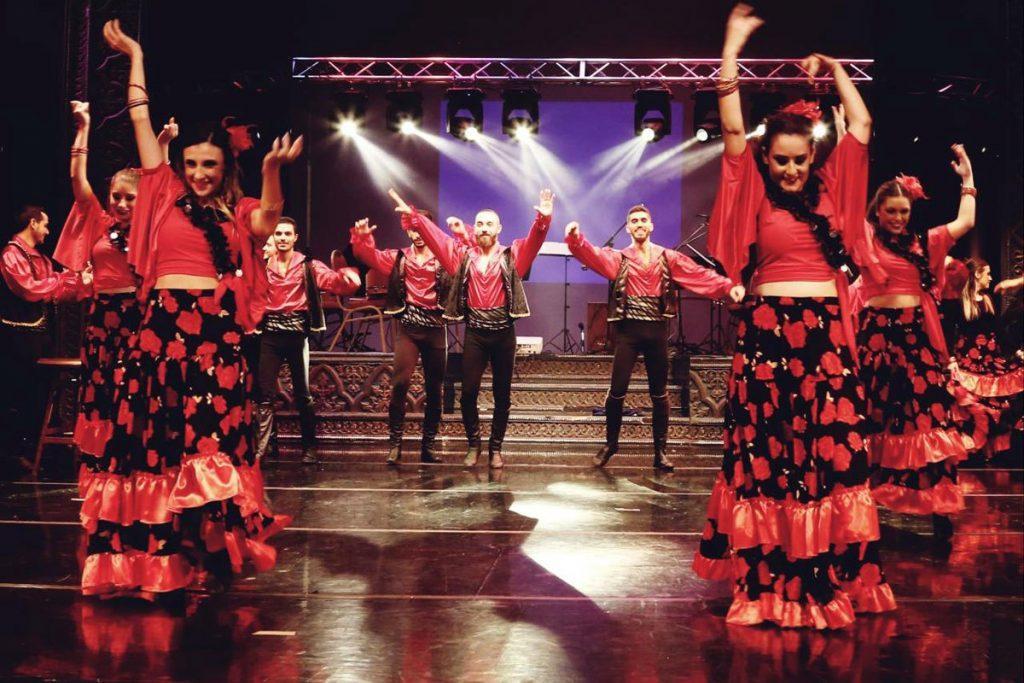 As with every year, Hamazkayin’s Knar Dance Ensemble charmed the art- and culture-loving public. Their performance consisted of 17 dances, which took place on October 27, 2018, at the Théâtre Ivoire in the Sinn El Fil suburb of Beirut.

The performance was organized by the group’s executive members and came about through the work of the married couple Garen and Jaklin Makinian. The group performed three kinds of dance, which exhibited their unique character. It combined and encompassed Armenian folk, non-Armenian cultures, and contemporary dance. These elements, combined, took the audience into all kinds of cultural worlds.

The group’s impressive repertoire included the light-hearted “Drekhner” duet in which the soloists, Sarine Margosian and Sebu Torikian, told the story of a village woman asking her husband for a city woman’s shoes. It was engaging to watch the development of the story in the staging by these talented and lithesome dancers. It was fascinating to watch Lori Tzarukian and Garen Mahtesian transporting us to a different time in “Timag.” “Gisherayin” is the story of a love triangle that plays out by a fountain, portrayed by Tigran Zanian, Kali Khudaverdian, and Lori Kantartjian. “Groong,” performed by Karina Hansehian and Ashot Abgarian, movingly recounted of the story of the crane.