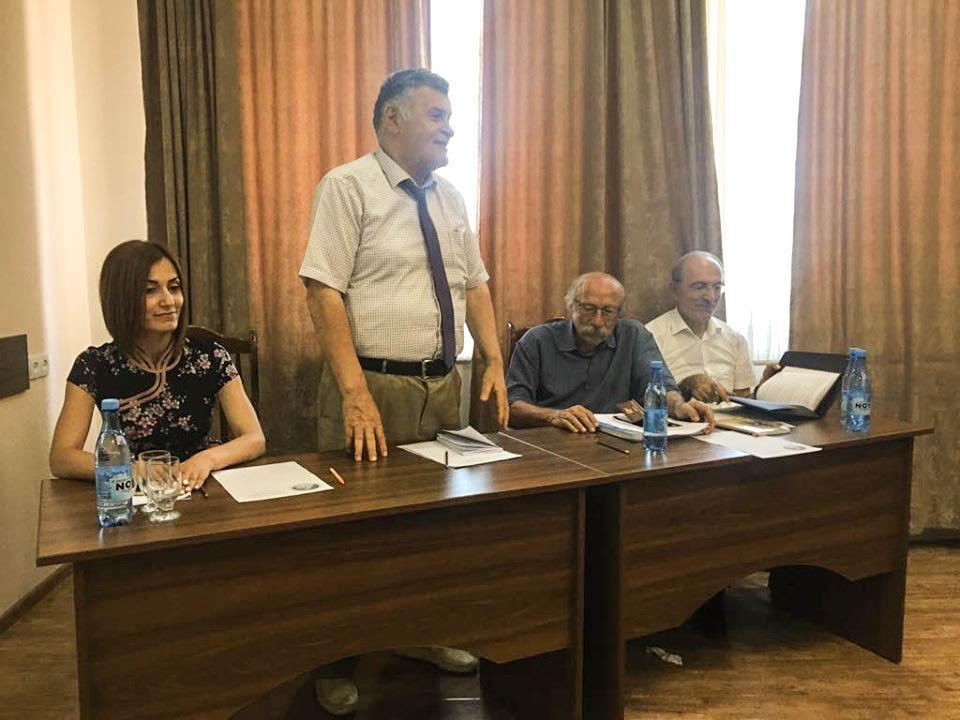 On June 25, 2019, the diaspora Armenian writer, scientist, theater expert, and public intellectual Herand Markarian was honored in Stepanakert on the occasion of his eightieth birthday and the 65th anniversary of his creative life, the Stepanakert newspaper Aparaj reports. The event was initiated by the Hamazkayin Armenian Educational and Cultural Society’s Artsakh office and the Artsakh Writers’ Union, and took place at Grigor Narekatsi University.

Markarian is the writer of 26 plays and has played over 50 roles in his career. Present at the event to honor him were Vahram Balayan, the deputy speaker of the National Assembly of Artsakh and a member of the ARF Central Committee of Artsakh; Melania Balayan, the deputy minister of culture, youth affairs, and tourism of the republic; Vahakn Dadayan, a member of the ARF Central Committee; Hermine Avagyan, head of Hamazkayin’s Artsakh office; Vardan Hakobyan, poet, dramaturge, doctor of philology, and president of the writers’ union; and Sokrat Khanyan, poet, public speaker, doctor of philology, expert in literature.

The opening words of the celebration were given by Dr. Hakobyan, who welcomed those present and discussed the path taken by Dr. Markarian, and his literary and theatrical legacy. 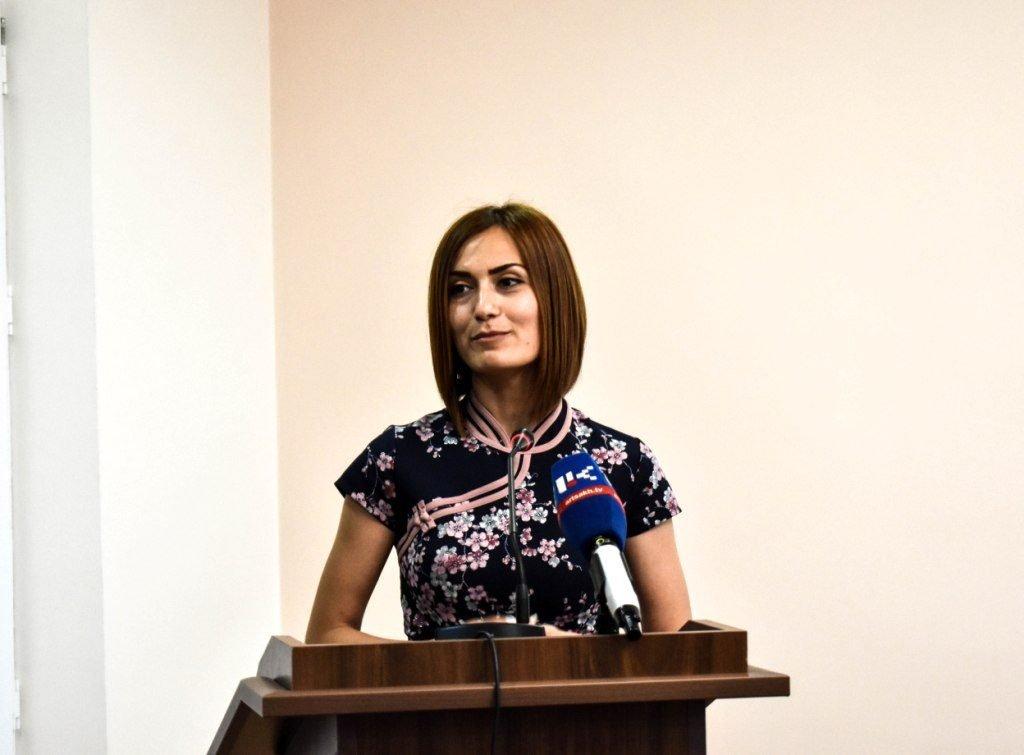 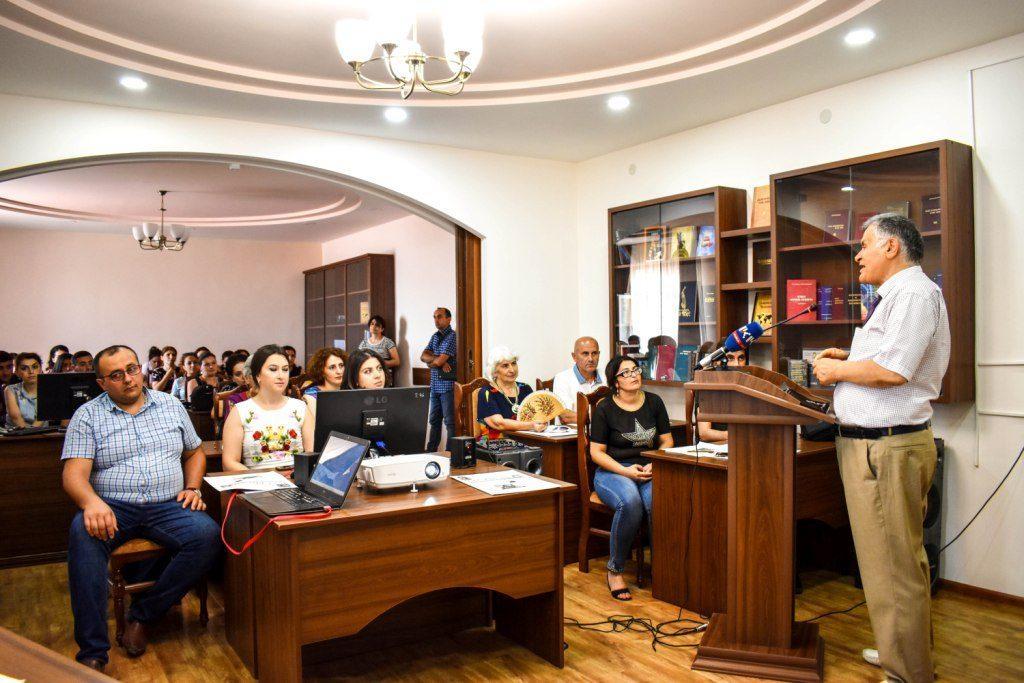 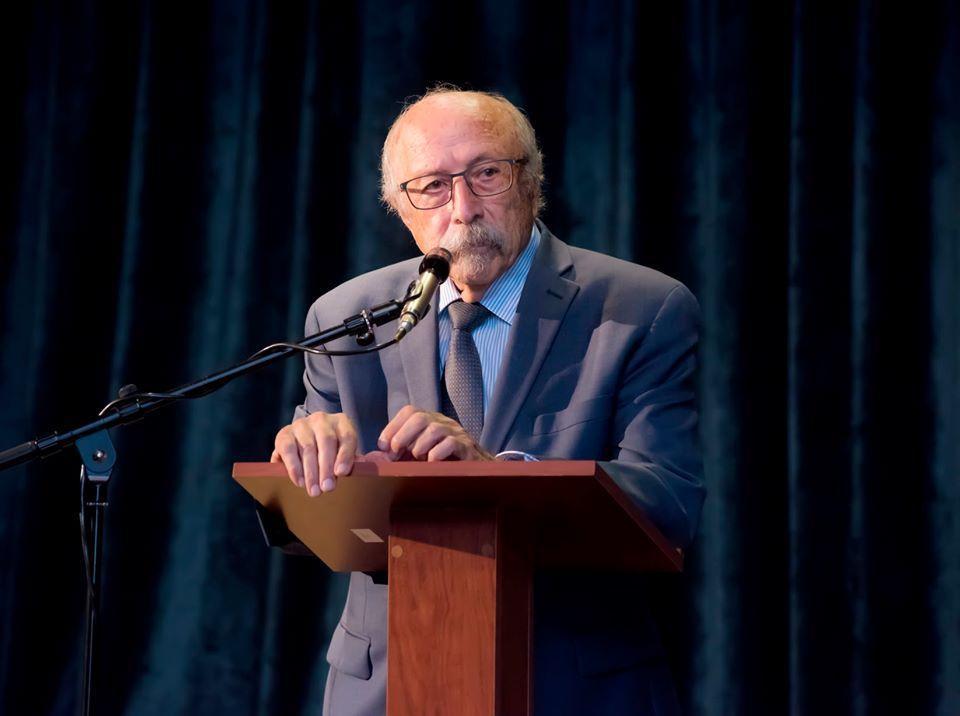