HEROES OF OUR DAYS A CLUB -MEETING AT HAMAZKAYIN ARMENIA OFFICE 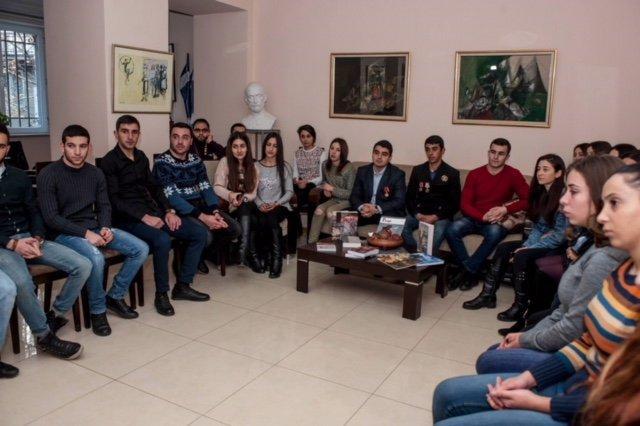 I sing this song standing, because I am ready to die for you without hesitation, because you are the one for whom we fight without a command...

The club-meeting of the Hamazkayin Armenia Office was held with the students and lecturers of the Armenian State Institute of Physical Culture.

The group of students consisted of hero soldiers of the April War and the champions of various international competitions, as well as future journalists.

Central Board members of Hamazkayin Garo Baytarian and Spartak Gharabaghtsyan, photojournalist-documentarist German Avagian and media representatives were present at the meeting.

The goal of the open lesson was to listen to the young people in the format of a free conversation, to talk about their problems, future plans, and to know their creative potential. It was a good opportunity to present the history of Hamazkayin, its mission, our future plans and the activities of the worldwide institution to the young people.

In a warm and friendly atmosphere, our hero guys talked about their soldier friends, the days when they served in the Army, and their experiences. They also read excerpts from their poems.

At the end of the meeting, each participant was given an album of Shushi: 48 Hours as a gift. 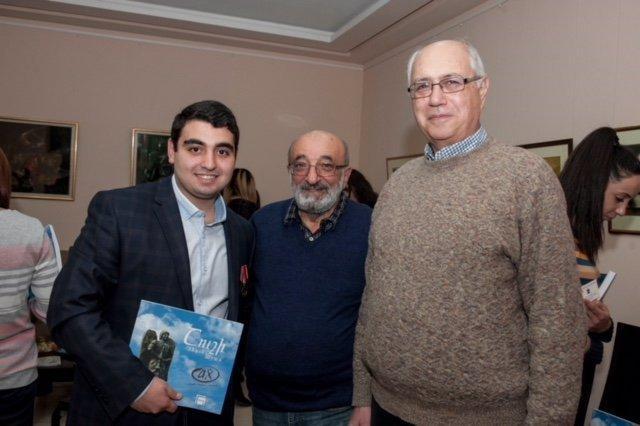 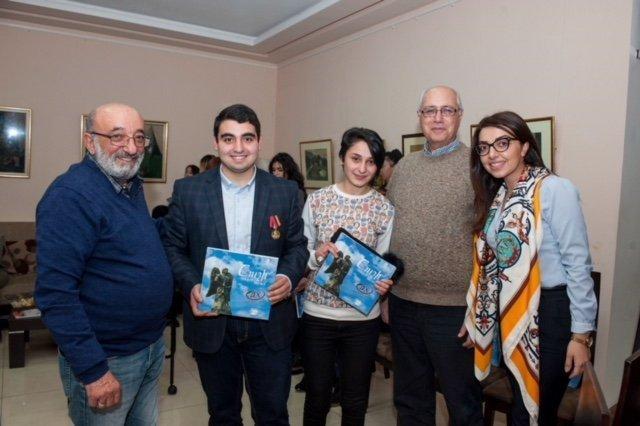 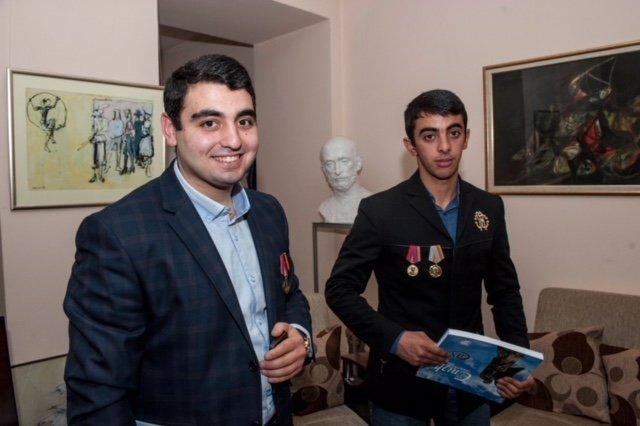 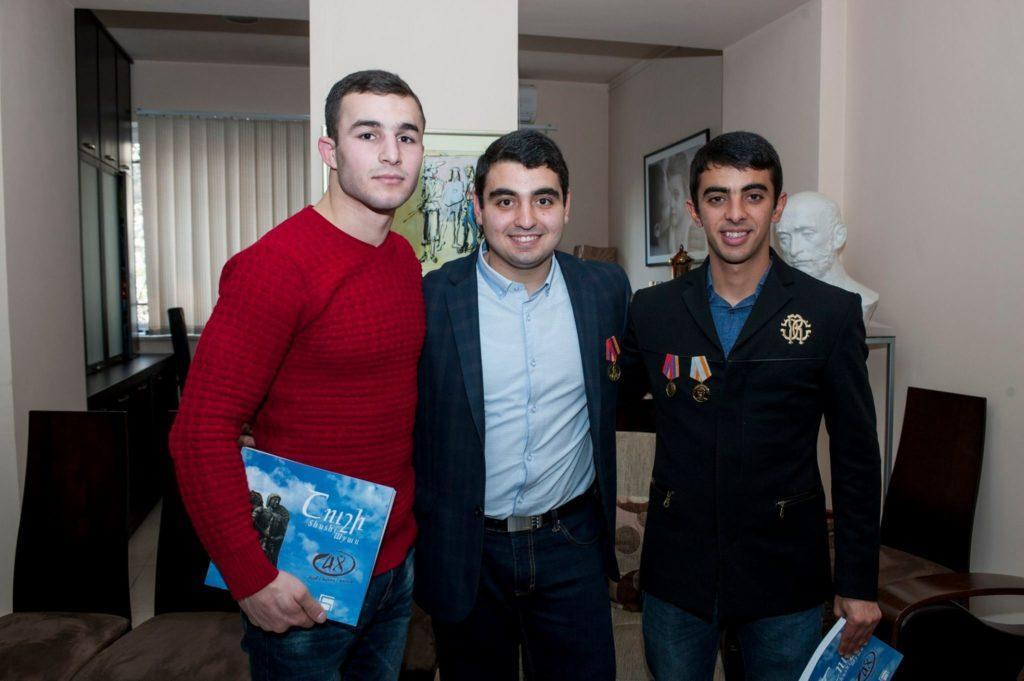