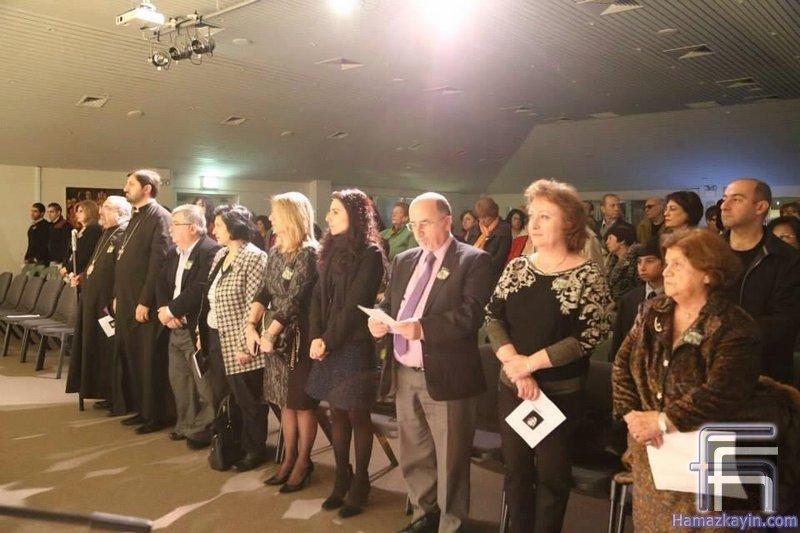 A memorial evening dedicated to the great stage and screen master Sos Sargsyan took place on Saturday, 14 June 2014, at 7 pm. in the Nalbandian Hall of the Arshak and Sophie Galstaun College of Hamazkayin.

The attendees of the event were His Grace, Bishop Najarian, Der Avedis Kahana Hampartsumian, Regional Board of Armenian Relief Society (ARS), Regional Board of Hamazkayin Australia, administrative representatives of other organizations, Nagorno-Karabakh Permanent Representative Varuzhan Iskenderian as well as a group of literature fans.

Theprogram started with the video on Hamo Sahyan’spoem "Let MeGo".

Nora Bastajian briefly presented the great patriarch’s biography. Her speech accompanied by a video was about the actor’s life andactivities.

Haykush Zeytuntsian together with the accompanist Vahik Parsamian performed "Horovel"(Komitas).She charmed the audience with her extremely gentle voice and impressive performance.  The music of Komitas Vardapet took the people to their native lands in their imagination. The young reciter Vana Dekrmanjian performed Hovhannes Shiraz’s poem "Armenian Language".  It was really a special performance of the poem.Lilik Kotoyan presented Sos Sargsyan’screative world with "Dzori Miro", "Gikor" and others. Garo Keshishian began his speech with the following introduction, "Sos Sargsyan is one of the brightest personalities of the time. He possessed a special power to charm the people surrounding him.  He shook the miraculous theatrical stage and lived his life bravely overcoming the bitter anguish of it". Comrade Garo finished his speech reading the necrology given by ARF.

Sos Sargsyan would often mention that in 1990s the people fought with old weapons, but they won the war. Like Khrimian Hayrik, who would always preach all Armenians to be faithful to the homeland and go back to their lands like pigeons, Sos Sargsyan also used to say, "We should feel proud after having gained victory, which we had been dreaming about for a long time. This victory hasa deep significance, and it encourages the new generation to stay faithful and bound to the land of their ancestors. We should trust our capabilities, stay firmly on the own ground and live with dignity".

Based on that,Collette Martirosyan performed the solo dance "KilledPigeon" and received ovations for her graceful performance.

After 15 minutes of break,in the second part of the event, Silva Iskenderian read Lilit Galstyan’s heartfelt message after which Maria Ghahramanianwith her nice and gentle voice sang Alla Levonian’ssong "Commander".

Garot Varzhapetian praised Sos Sargsyan’s book "Votnamanners" in which the author presents the reader his most precious memories of childhood.

The young girls Tamara Kotoyan and Michele Tarpinian read the writing "I resemble my people" and Tadeh Andreassian read some of the author’s thoughts.

Zaruhi Manoogian considered the author’s message asa source of inspiration speaking about the problems which thecommunity goes through at present, and which it should overcome with no retreat and despair.

Nishan Basmajian read an interview from "Aparazh" newspaper. The respectable principal of the college expressed his admiration to the organizers of the event, praised the work done by the literary committee members and appreciated them.

At the end of the program, Silva Nazarian, made a speech on behalf of the Regional Board. She appreciated the organizers’ efforts and said, "Nations continue to survive due to this kind of events".  Then she invited the Holy Father to give a speech and conclude the Memorial Event with prayer.

The Bishop started his speech saying, "No one could understand and destroy the magic power of the land. Wealways have had fatal blows, but we could survive and prosper. Sos Sargsyan was our supreme father, our patriarch. He was a humble peasant bound to the land. He never left it and never turned his backon Armenia in the difficult situation.  He was the young generation’s best teacher anda decent, patriotic, traditionalist and dedicated person".

The memorial event ended with Holy Father’s prayer, and the audience left the hall quite satisfied. 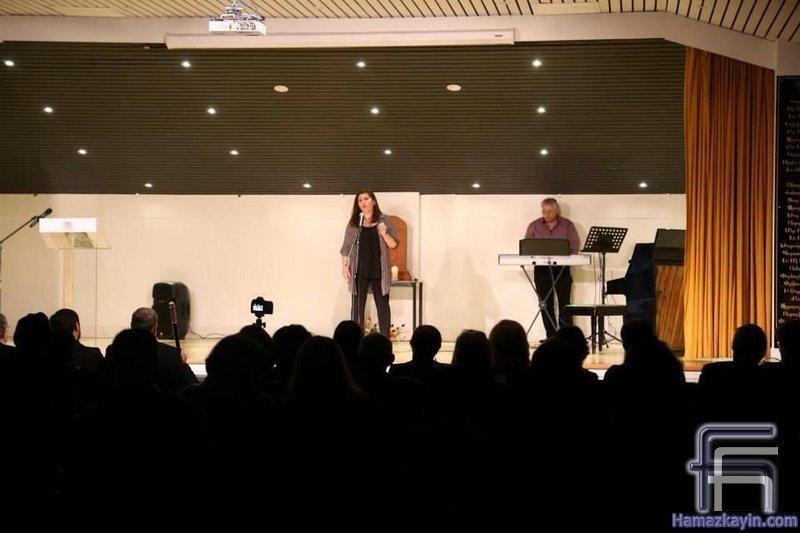 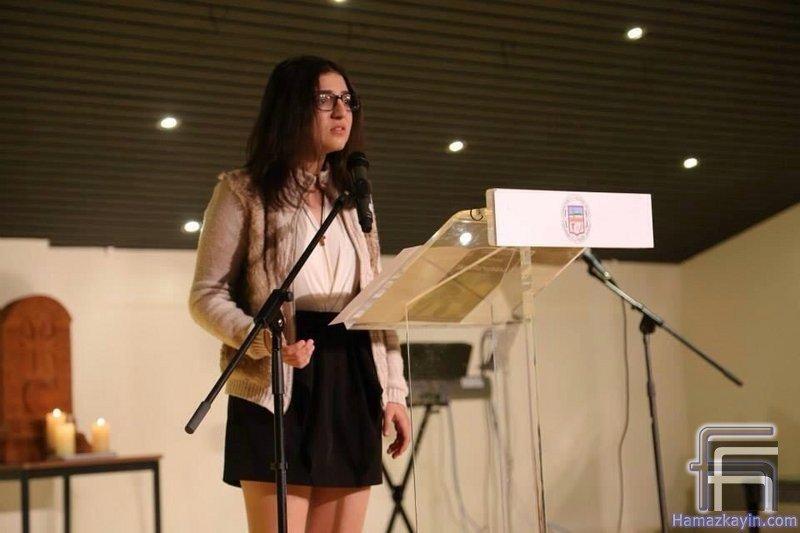 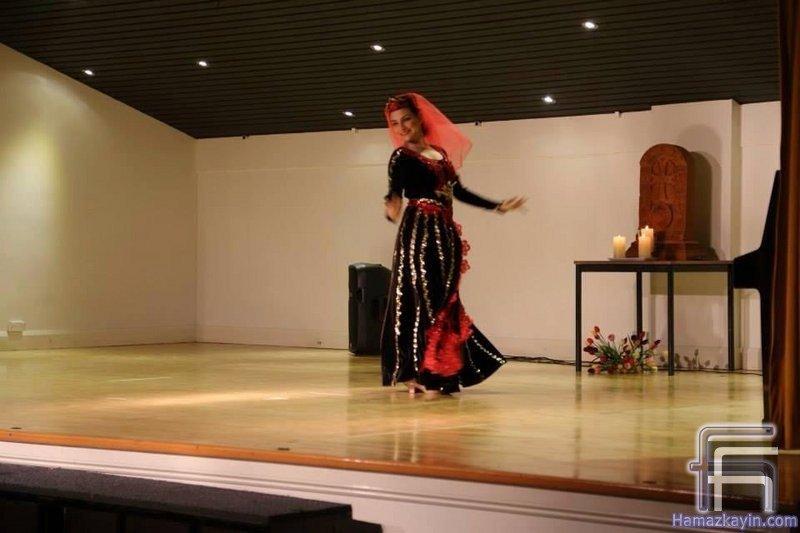 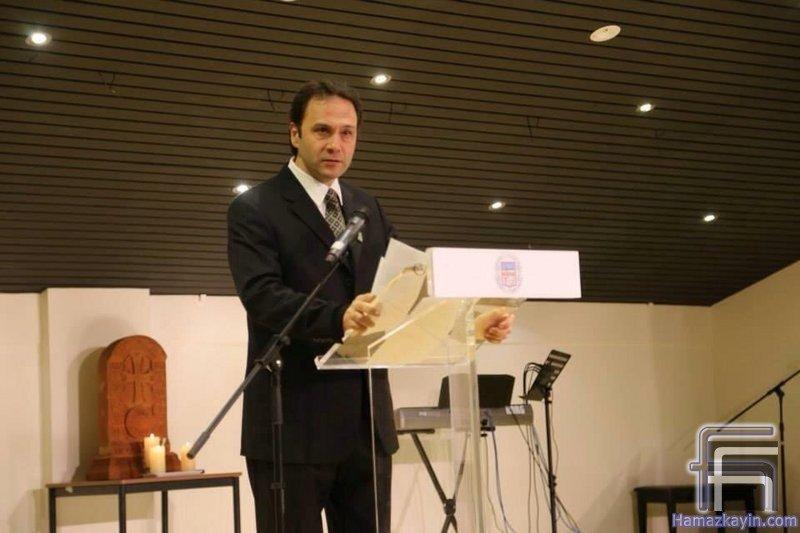 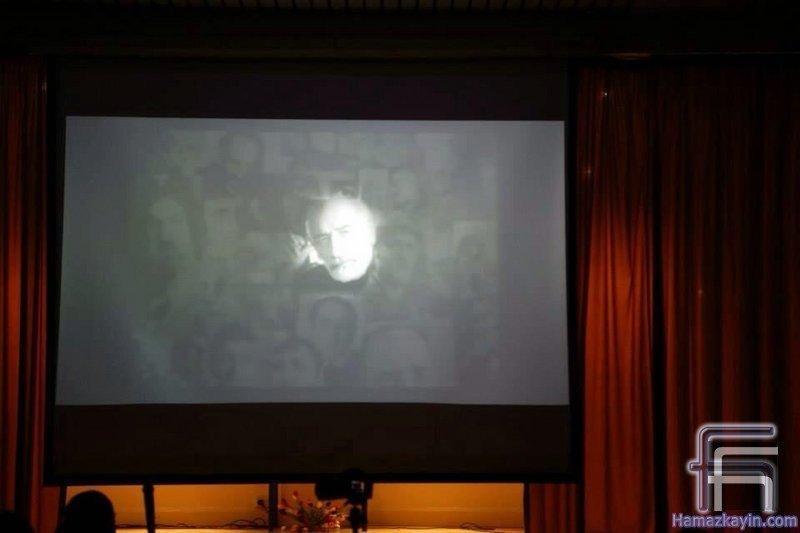 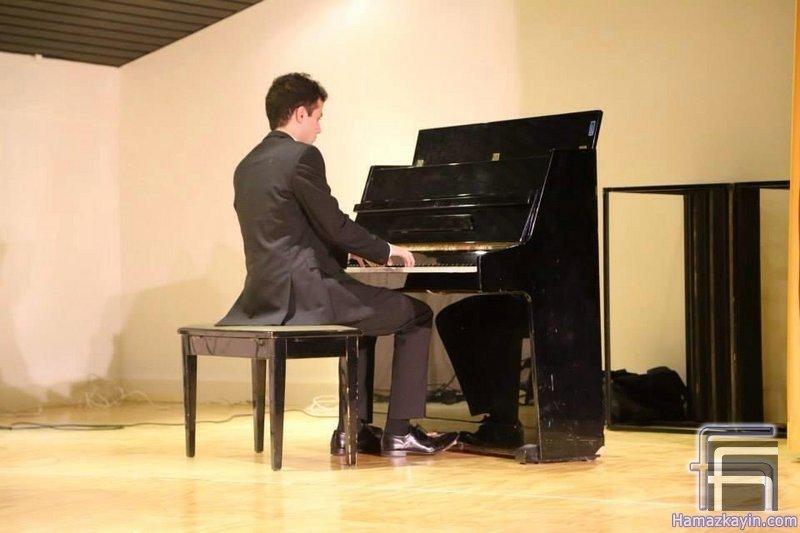 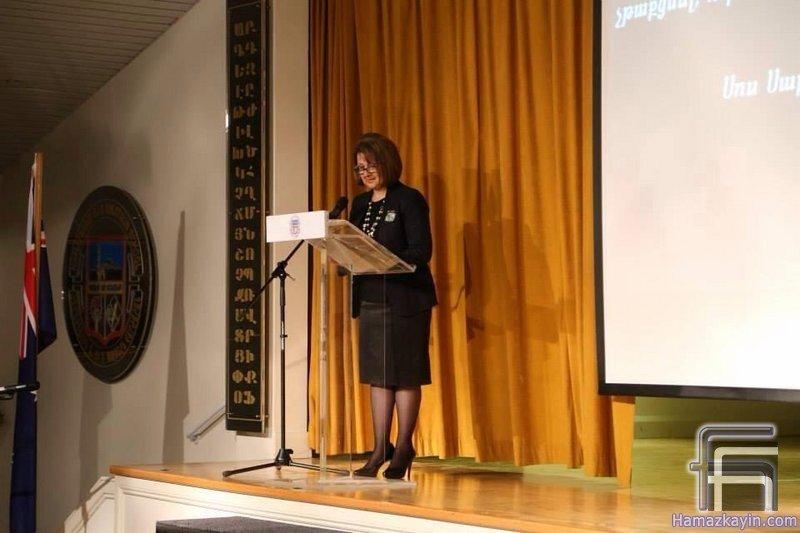 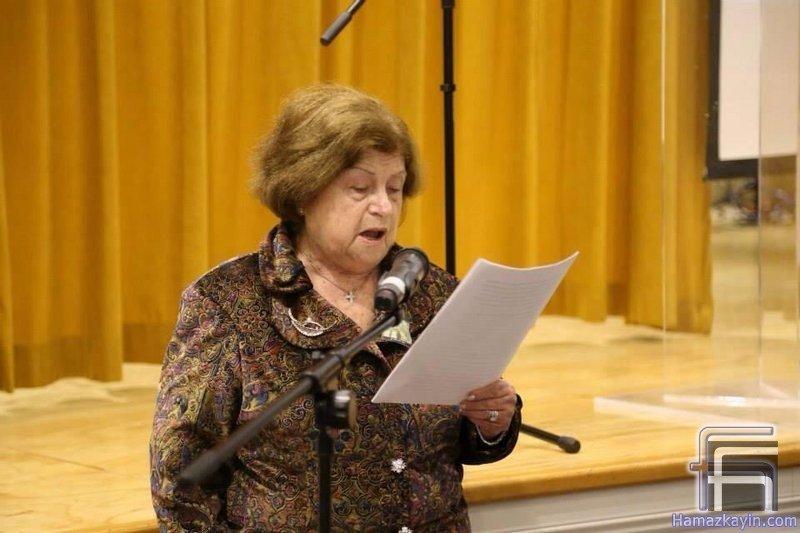 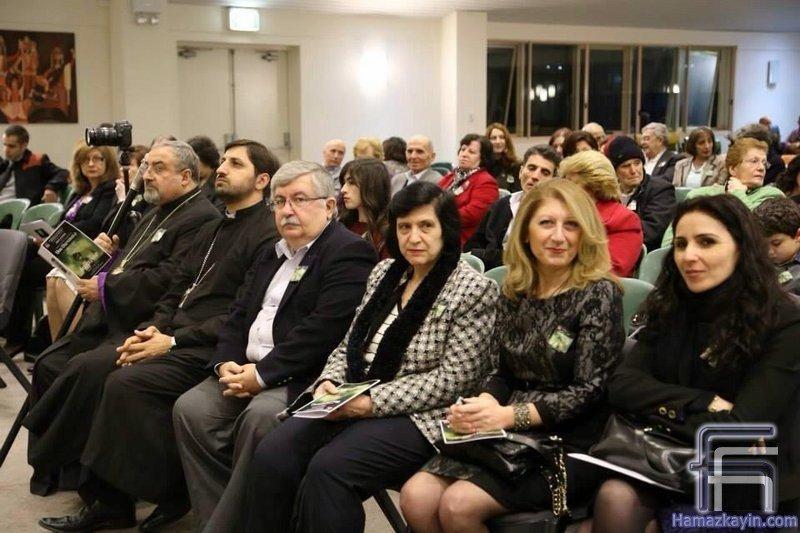 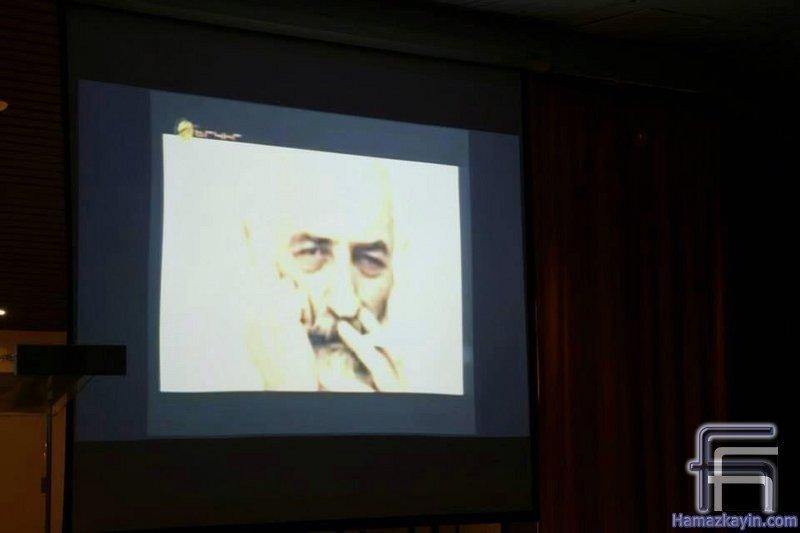