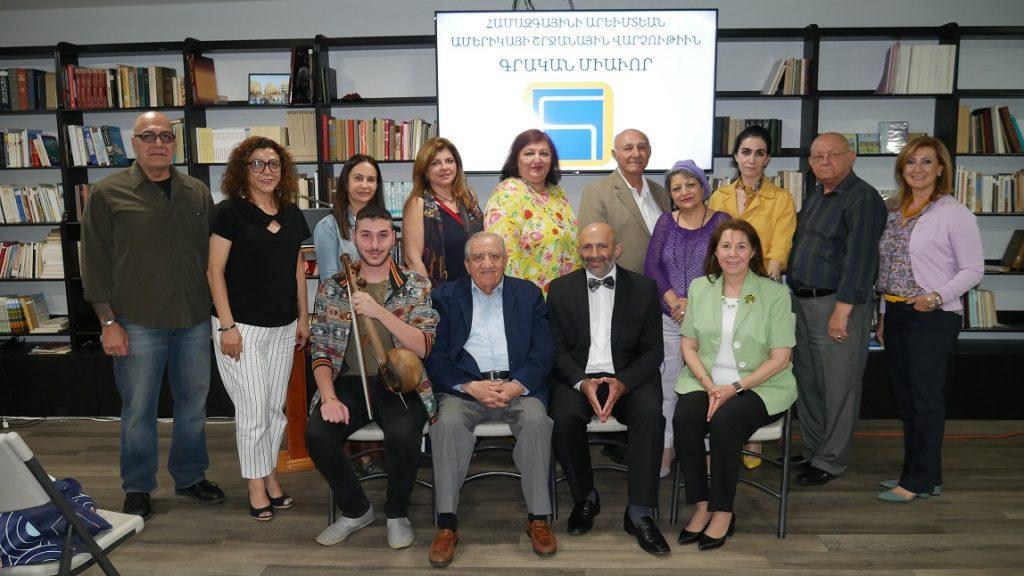 The Literary Committee of Hamazkayin Western U.S.A. on October 27, 2019, organized an evening dedicated to Armenian medieval poetry. The speaker was Norayr Daduryan.

Dzovinar Ghazarian-Melkonian briefly introduced the speaker as a philologist, educator, school administrator, and booklover. “Norayr Daduryan has a special love for and interest in Armenian medieval literature. That love is what has driven him to share with us today selected lyric poems and other creations, and to spend about an hour talking about the well-known and not-so-well-known Armenian authors of the middle ages, and about the spirit of the times more generally. Norayr Daduryan’s name is familiar from the pages of the Armenian press, where we often find his investigations of particular Armenian words—a whirlwind tour of Armenian dictionaries, with a sprinkling of citations from the orchards of Armenian literature.”

The speaker projected a slide deck with excerpts from the literature he was discussing. He projected excerpts from lyric poems, songs, and works of art. The works were memorable for the audience.

The audience learned of Frik, Nahapet Kouchak, Naghash Hovnatan, Sayat Nova, Narekatsi, and other poets. Some of the poets were familiar through their songs.

During the program, everyone’s attention was focused on the speaker, who presented the material in a professional tone, reflecting the research that had gone into the work. In Mr. Daduryan’s student years, the alumni magazine of the Mkhitarist school had resumed publication under the title Nor San (New alumnus). For five years, he served on the editorial board of the magazine.

Norayr Daduryan’s name will remain in Hamazkayin’s memory because, at the end of his talk, the audience gave him a long standing ovation, showing their respect and gratitude to the young intellectual. The ministries of culture and diaspora affairs of Armenia had given him an award as “Defender of the Mother Tongue.” 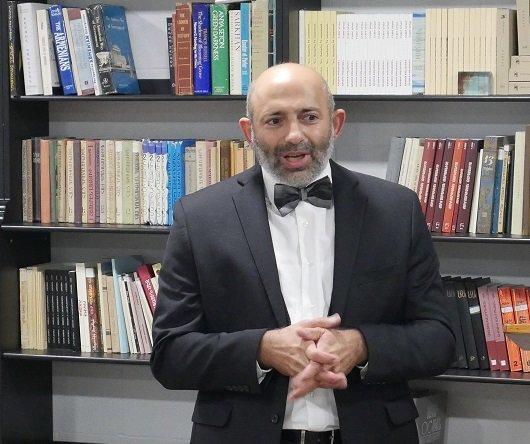 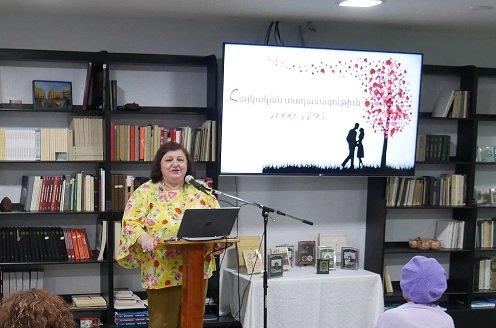