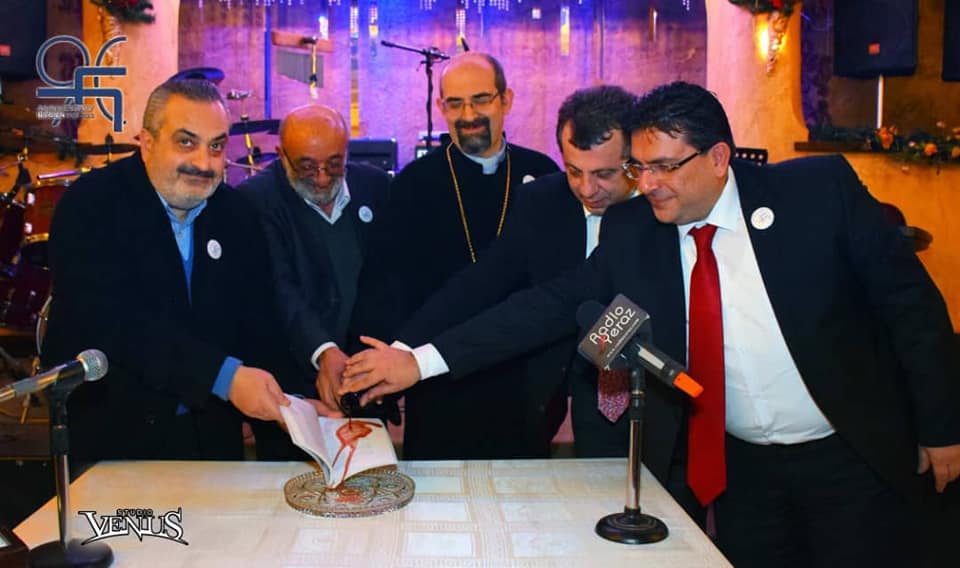 Under the auspices of His Grace Archbishop Shahan Sarkisian, Armenian Prelate of Syria, the Hamazkayin Syria Regional Executive Board organized a book launch on December 12, 2018, for Arevi Bnakavayre (Where the sun lives), a book by Hamazkayin Central Executive Board member Spartak Karabakhtsian, Kandzasar reports. The event, at the Ani Hall of Aleppo’s Aram Manoukian House, was attended by Rev. Zareh Shakarian on Archbishop Sarkisian’s behalf; Armen Sargsyan, consul general of the Republic of Armenia in Aleppo; representatives of community leadership; the author; fellow Central Executive Board member Garo Alexanian; members of the Hamazkayin Syria Regional Executive; priests; and representatives of local cultural, athletic, and educational associations.

The emcee was Marina Bozyakalian-Bazarbashian, who gave a brief biography of the author of Arevi Bnakavayre. She listed the books he has written, his plays, and the positions he has held. Aleppo-Armenian singer Aram Khachadurian sang “Dun im hayreni.”

Avo Katrjian, a lecturer at the Hamazkayin Armenian Studies Institute in Aleppo, presented the book. He began his review with a discussion of the author’s activities in Armenia and the diaspora, calling him one of the best examples of a bridge between the two, with his inner passion for national concerns. “Those who know the author well know that he is a vigorous activist in national life, and the reader of Arevi Bnakavayre will see that the author is equally concerned with the issues of the homeland the diaspora,” said Mr. Katrjian. He then revealed that Arevi Bnakavayre was published in 2016 in Yerevan by the printer and publisher Tigran Metz. The book, written in Eastern Armenia, is 335 pages long. The editor is Arshak Banuchian. The author has dedicated the book to the eternal memory his daughter Nazeni. The collection encompasses memories from Yerevan, Armenia, Artsakh, and various diaspora communities. In the book, we read of the December 7, 1988, earthquake in Armenia; the war in Artsakh; the liberation of Shushi; Aleppo, Damascus, Qamishli, Markada, Der Zor, Al-Shaddadah, and Kessab in Syria; Artsakh freedom fighters; and other topics. The title reflects the contents.

Katrjian said the author had an accessible style, full of imagery and a heart beating with the homeland. “The stories in the collection are taken from real life because they speak to the roots. In them you find, saved from catastrophe, the surviving Armenians in Aleppo, Damascus, Kessab, and Western Armenia and their oral histories,” he said.

He invited those present to read the book to discover, through the author’s memories and feelings, the people and types living in Armenia and the diaspora. The book is more than literature; it is an archival document, he said.

Never Nersesian, a student at the institute, read “In Aleppo an Armenian Won’t Get Lost,” an essay from the book. The violinist Armen Chenterechian, from Armenia, performed “Tsaygerg,” with Ruzan Barsumian accompanying on the pipe organ. The author then said a few words. He tried to convey the feelings he experienced in his first moments in Aleppo, his feeling on seeing the postwar city, and he told his audience—primarily longtime residents of Aleppo—the differences he noticed between his memory and the current situation of the city. He said the ghost of war always haunts us.

A ceremony followed, in which wine is poured on a copy of the book. Pouring were the Consul General Sargsyan, Rev. Shakarian, the author, Mr. Alexanian, and Mr. Katrjian.

Rev. Shakarian also spoke, conveying the prelate’s congratulations. He lauded the author and the Hamazkayin Regional Executive Board. He reflected on the title of book, saying the Armenian people were like the sun, enduring and making progress in the homeland they built in the high mountains.

After the program, the author signed copies of his book. There was a reception. 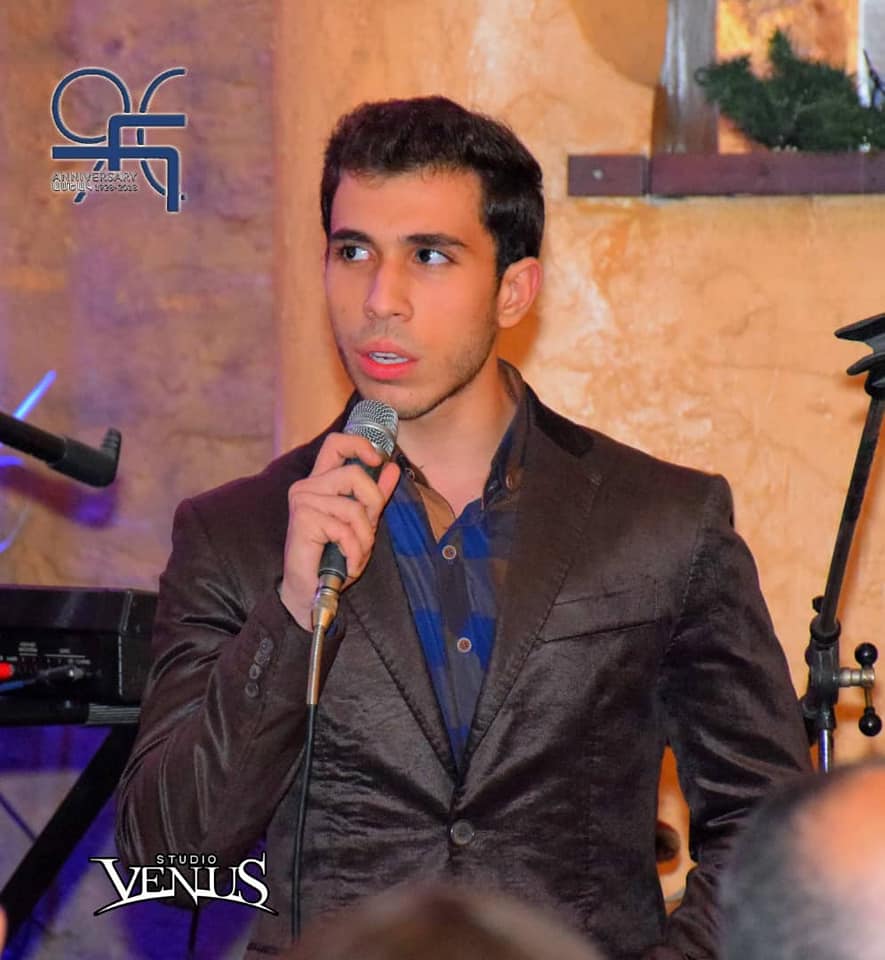 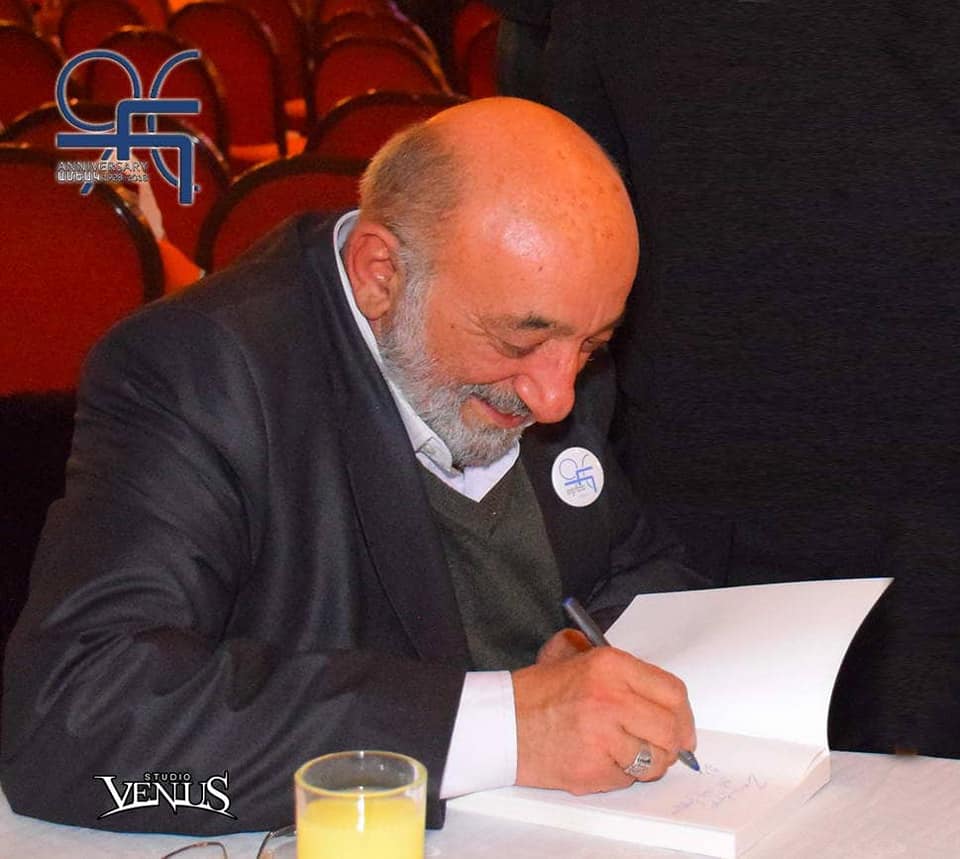 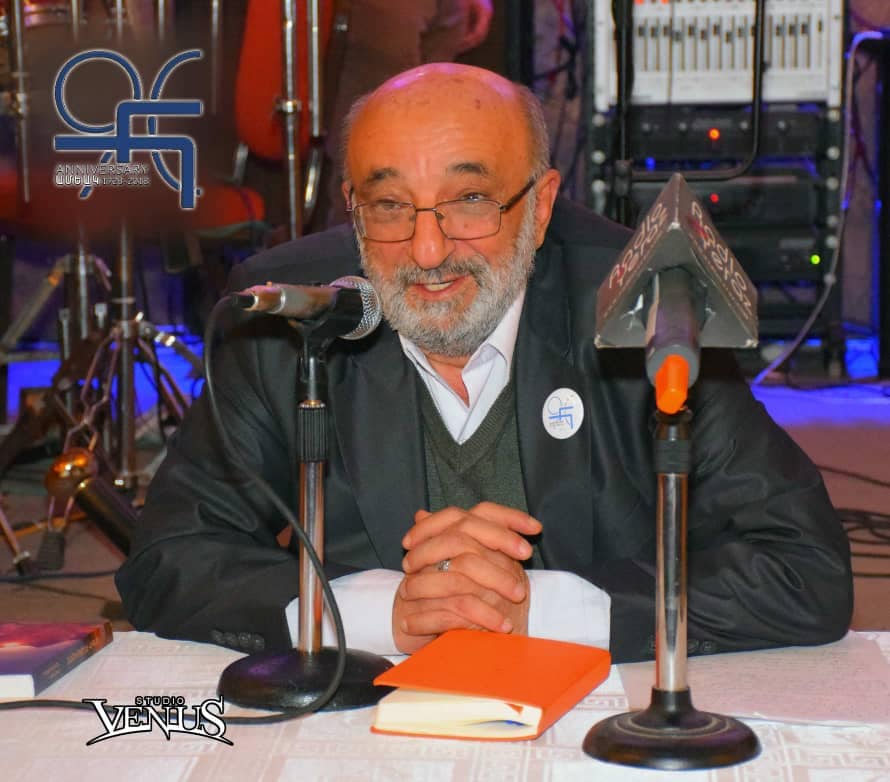 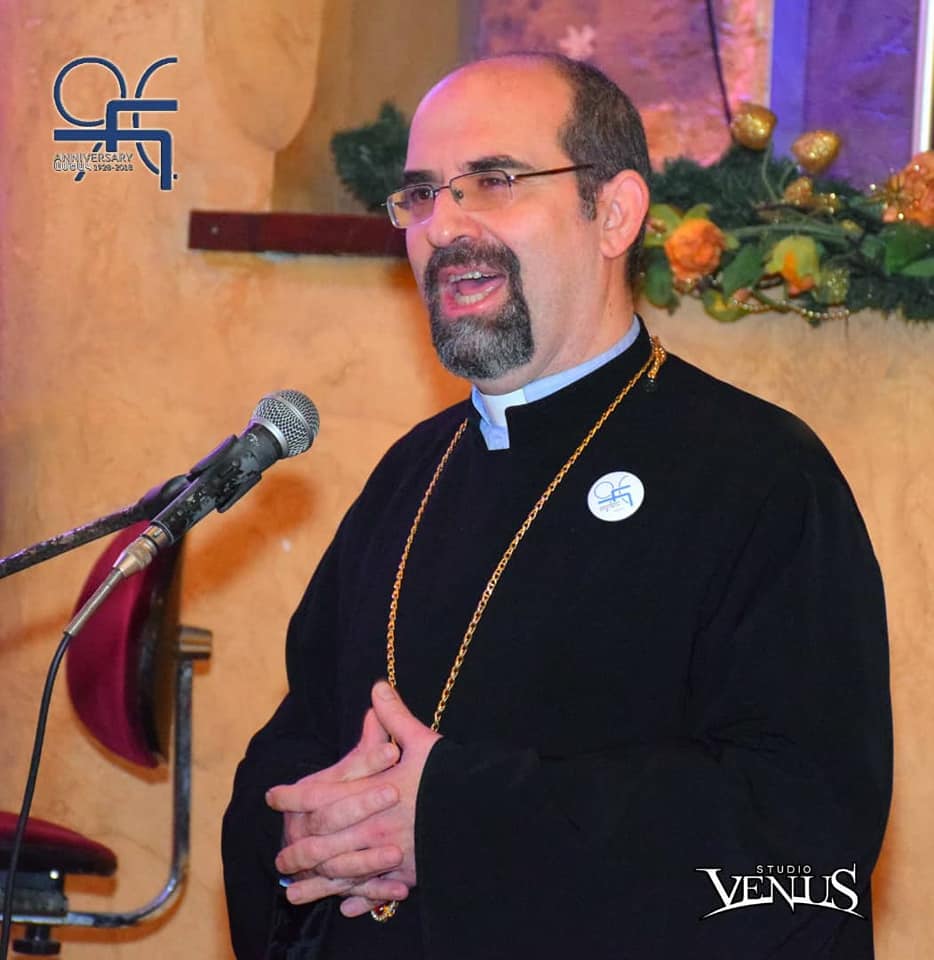 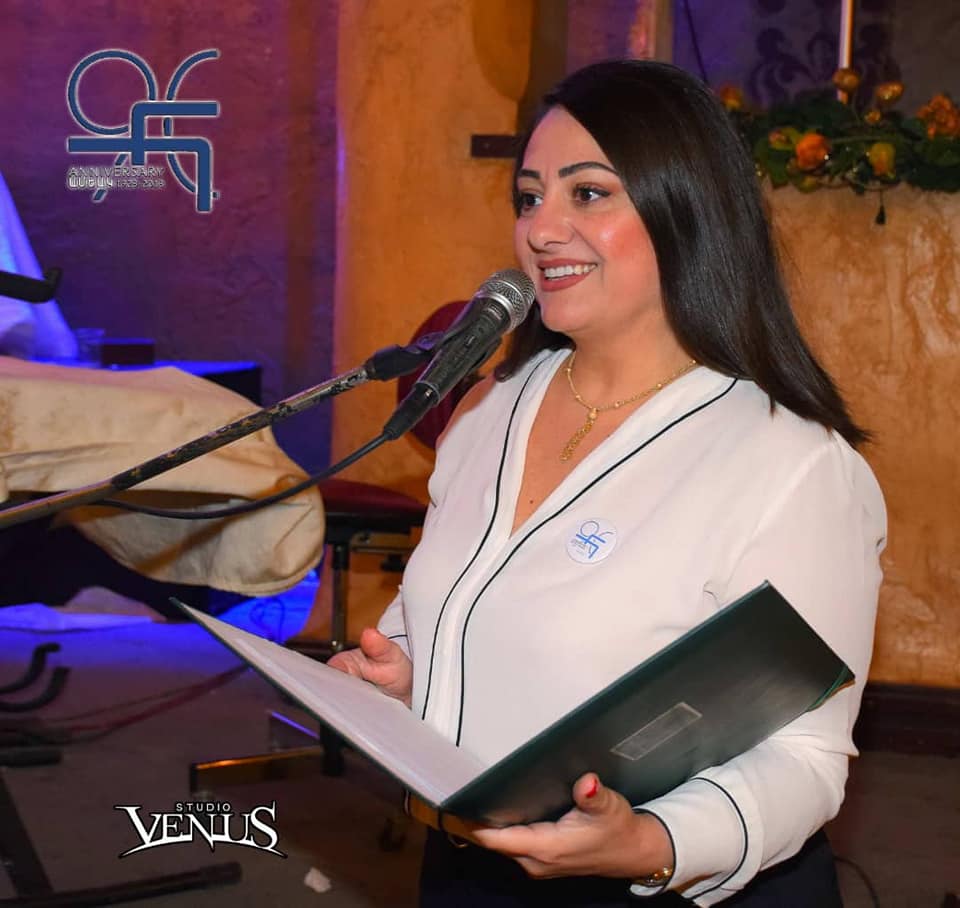 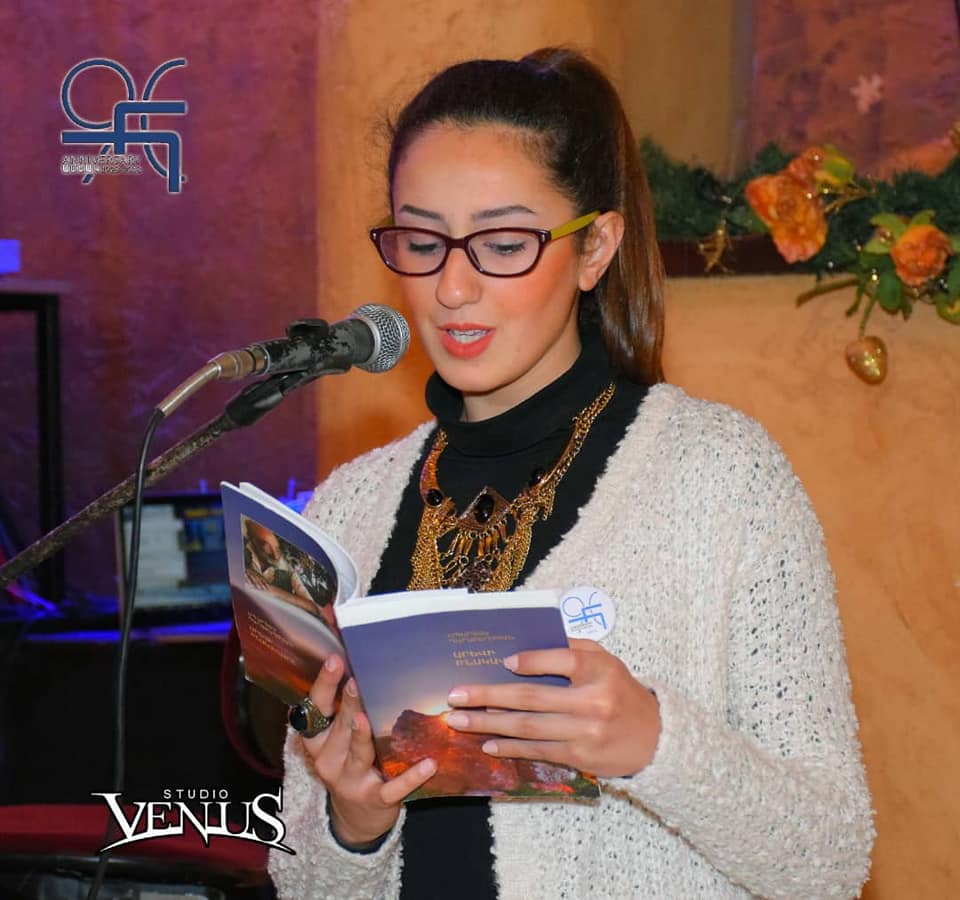 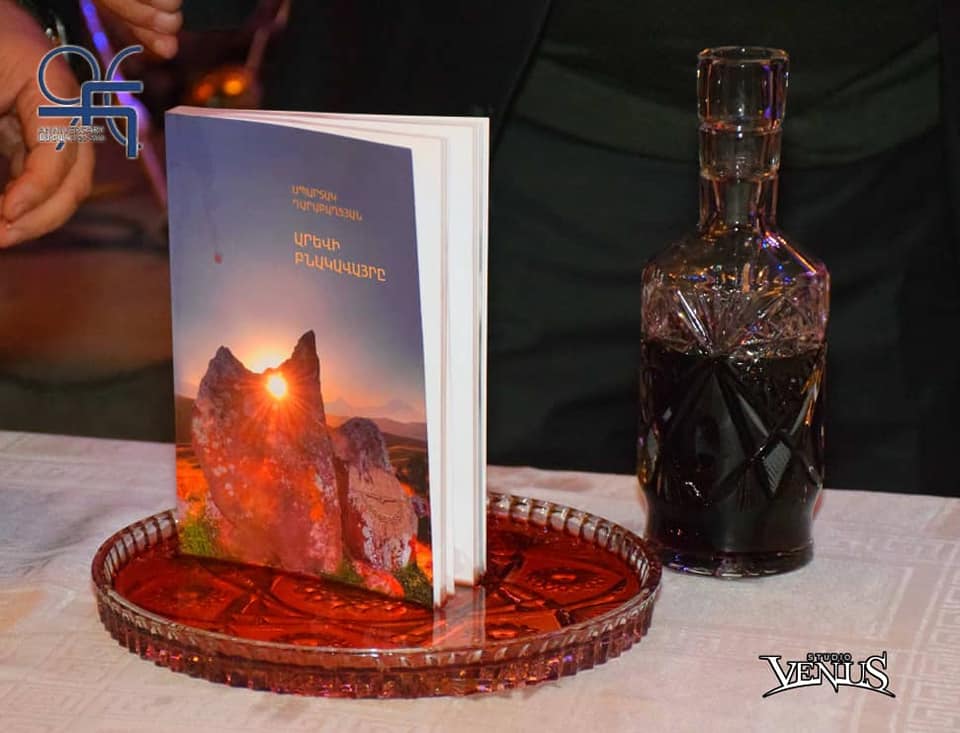 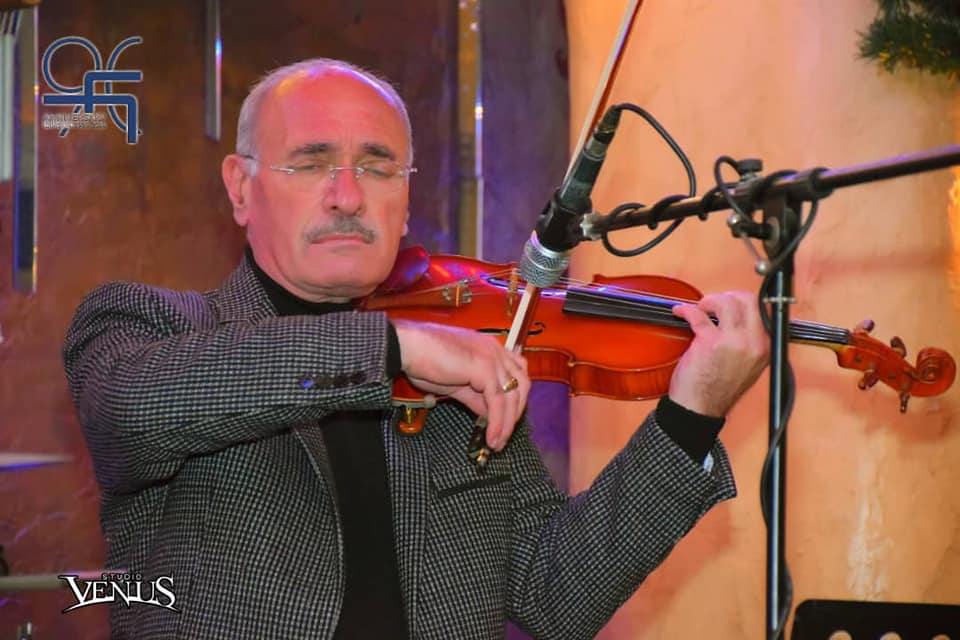 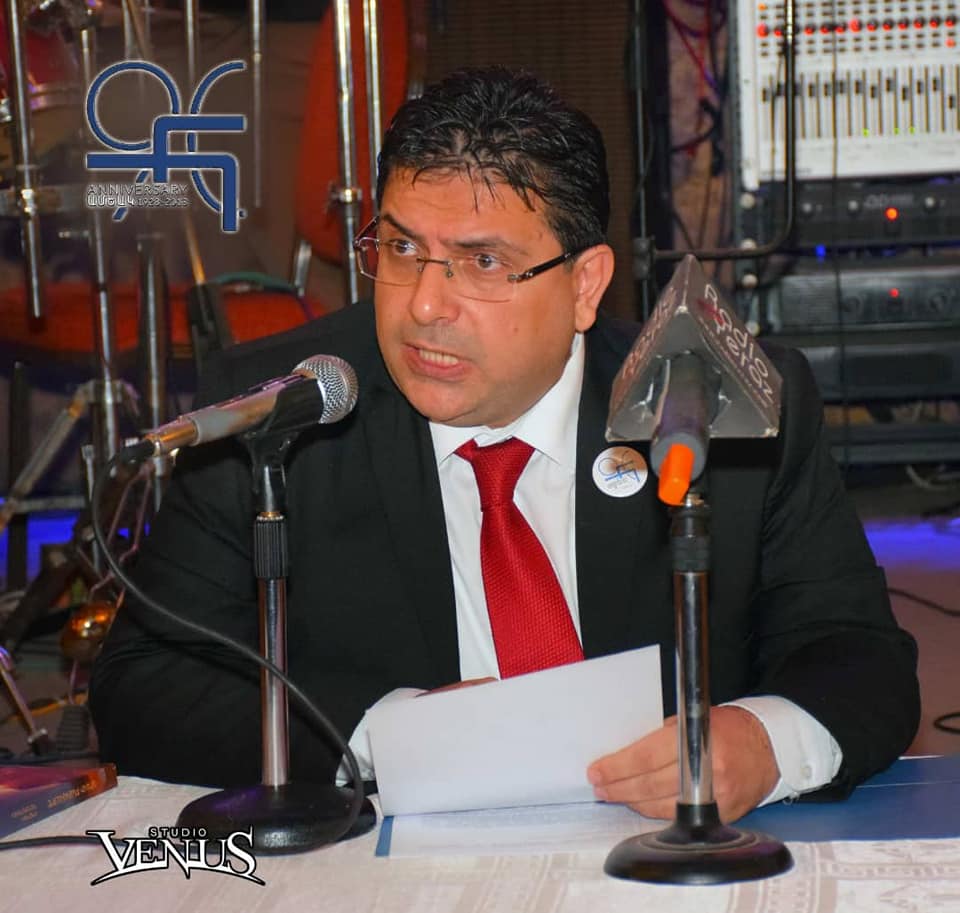 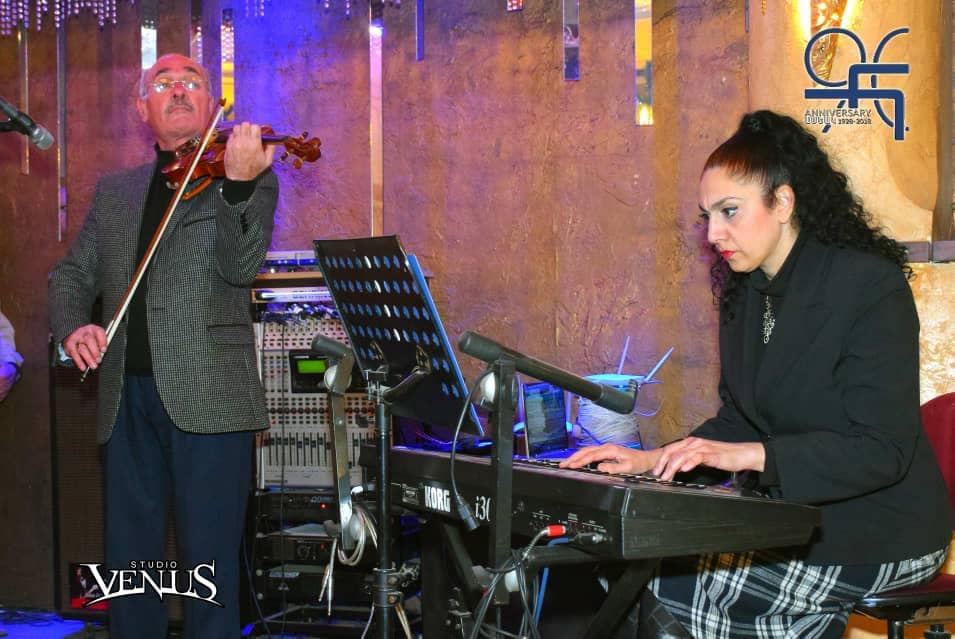