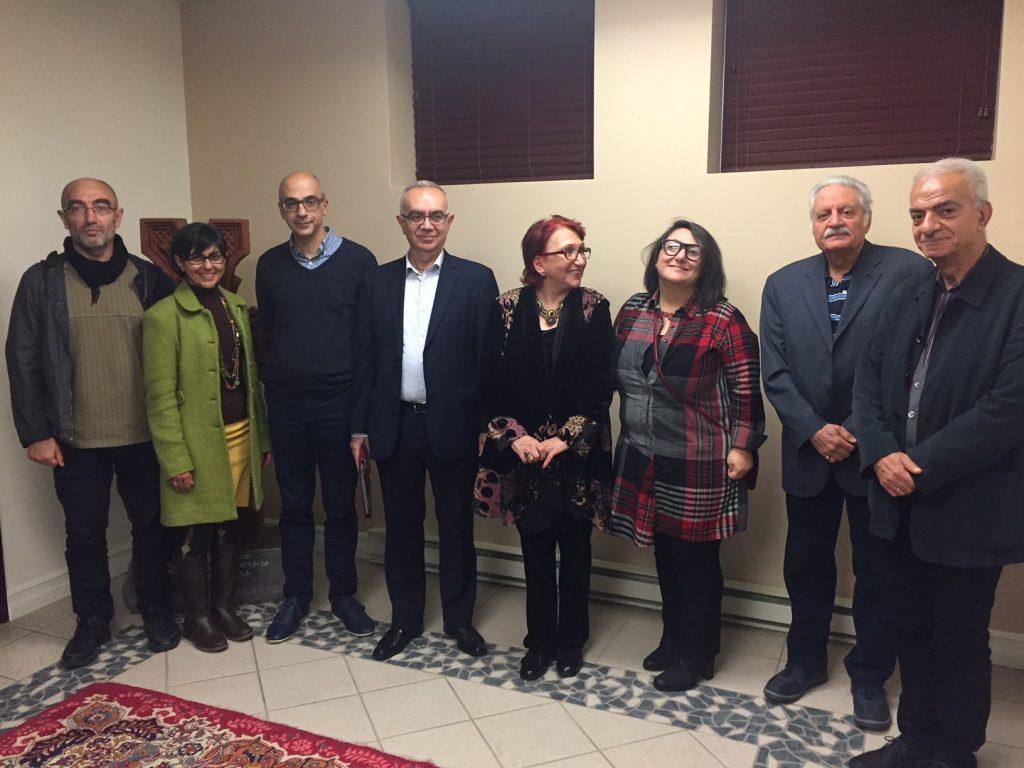 On October 17, 2017, the Armenian Community of Montreal  hosted one of those writers,  a respected and unique personality - Vehanoush Tekian. The Literary Committee of Hamazkayin’s Sanahin Chapter organized the presentation of her books Prayers in a Fishnet and The Story of the Speaking Mountain, at the hall of the National Prelacy of Canada, in the presence of the community’s book lovers.

Anahit Balian, a member of the Literary Committee, delivered the opening speech. She welcomed the guests noting that we need to know our values, history and literature for the survival of the Armenian people, and should appreciate our intellectuals who revive and enrich our native language, as they brighten our thoughts and ennoble our souls with the brightness of their mind. Referring to Vehanoush Tekian, a renowned figure of our contemporary literature, Anahit Balian mentioned that the author often has a communal alarm and conveys an important message to her reader. Therefore, it is necessary to read the author’s works and to understand her thoughts.

Anahit Balian briefly presented Vehanoush Tekian’s biography and read the 100-year-old poet Jack Hakobyan's opinion about the writer. "In the treasury of the Armenian Literature, Vehanoush Tekian is a writer with a unique and exceptional  pen. One cannot read only a paragraph, a page, or even a book of hers and stop. She is extremely interesting. She is the pioneer of her generation by her poetry and prose. [...]  Her language is flexible, and it attracts the reader. In this regard, her language is a great achievement in our literature. She has a unique place in the Armenian literature due to her rich harvest of literary works, her brilliant and fluent language, literary style and cognitive world."

After presenting the writer to the audience, the hostess of the event invited Haroutiun Berberian, Pakin Periodical’s former editor, poet and author of literary analytical articles, to the stage to speak about Vehanoush Tekian’s poetry, and particularly the book Prayers in a Fishnet.

Berberian said: "Prayers include the person’s deepest inner, and even personal feelings and thoughts, and their being in the fishnet can lead to a variety of controversial interpretations. Were those prayers caught by the author, or were they caught in the net?"

Then he added. "In her poems, the author transforms her personal concerns into literature in a witty way and through humor. Beyond her personal concerns, she is deeply concerned with Armenian issues,  as well as general or universal threats." Referring to each of them and citing some beautiful excerpts from Tekian’s poetry, Haroutiun Berberian said that the book included prayers caught in the fishnet and prayers fled away through the holes of the net. Nevertheless, there were also those prayers’ echoes as psalms, which were not only benedictions, but also lamentation and a call for help. He noted that the poet is continuously in quarrels, doubts, or pleadings, questioning and talking to the Lord, her God and to all sacred. Moreover, she manages to do all of this ignoring the poetic traditional forms, and giving a completely new portrait to her poetry″.

Then, A. Balian presented Raffi Ajemian, an Armenian writer from Montreal, known from different literary magazines. He was invited to the stage to introduce Tekian’s prose, particularly the book The Story of the Speaking Mountain.

Before presenting it, Raffi Ajemian touched uponTekian’s previous prose writings one by one - Cracked Miniature, Family Tree: Short Stories, and Character. He read some excerpts from the stories and expressed his impressions. Raffi Ajemian brilliantly analyzed the author's unique and sweet style, emphasizing that the stories included in Tekian’s four volumes are read eagerly, and their main subject is related to Homeland and the Armenian language. The speaker said that in her prose writings, the author also touches upon the loss of Beirut city, and in her famous article The Final Crisis in Western Armenian she speaks about the Armenian language, its loss and preservation. Coming to the book The Story of the Speaking Mountain, Ajemian said that it is a collection of writings and speeches written or spoken by the author on various occasions. There are also writings and analyses related to our well-known writers Misag Medzarents, Vahan Derian, Daniel Varoujan, Vahan Tekeyan, Jack Hagopian, Mushegh Ishkhan, Hagop Garapents and others. "The fact that the author of those writings is a writer herself gives an additional color and a great deal of value to this book. The reader feels affinity as the writer’s inner feelings are very clear, and you even feel her heartbeat under every line of her writings. There is a passionate love and care for the language, especially for the Western Armenian language," said Ajemian.

Then, Anahit Balian invited the multi-talented and distinguished author Vehanoush Tekian to speak. First of all the writer said that she had succeeded both as a poet and a prose-writer due to Pepo Simonian’s encouragement, and she had published her first book considering Kourken Mahari’s, Garig Basmadjian’s and Razmig Davoyan’s appreciations. In her speech, Tekian emphasized the importance of the first published book in the life of any writer, and advised all those who love to write to publish their writings.

Then she expressed her gratitude to the Armenian Community of Montreal for the warm reception, to Hamazkayin Sanahin Chapter and Anahit Balian, the organizer of literary events. She also mentioned that the Armenian writers had to fight in the vast multifaceted Diaspora, multicolored cities and multicultural environments, and they managed to create through their original talent and distribute it to their people. ″This was the case with Haroutiun Berberian and Raffi Ajemian,″ she said, expressing special gratitude to them. She also thanked Horizon’s former editor Vrezh-Armen Artinian and present editor-in-chief Vigen Abrahamyan, and Pakin’s editor-in-chief Sonia Sanan Kiledjian

Vehanoush Tekian figuratively presented Mesrop Mashtots’ return to Armenia with the invented alphabet, which brought immortality to the Armenian people. "The Armenian Literature has one Home," she said, "the roads that lead there are numerous and diverse, and the only force that makes Home an impregnable fortress is the Armenian language."

After Vehanoush Tekian’s meaningful speech and her poems, Anahit Balian expressed her respect and gratitude to the author that perfectly conveys her feelings and experience through her beautiful language and glamorous ideas. She especially thanked Haroutiun Berberian and Raffi Ajemian, who thoroughly and in a skillful way presented the author’s books. She closed the literary evening with her gratitude to the guests for their interest, encouraging them to read Vehanoush Tekian’s books in Armenian.

At the end of the event, the author signed the books, and the guests were invited to a reception. 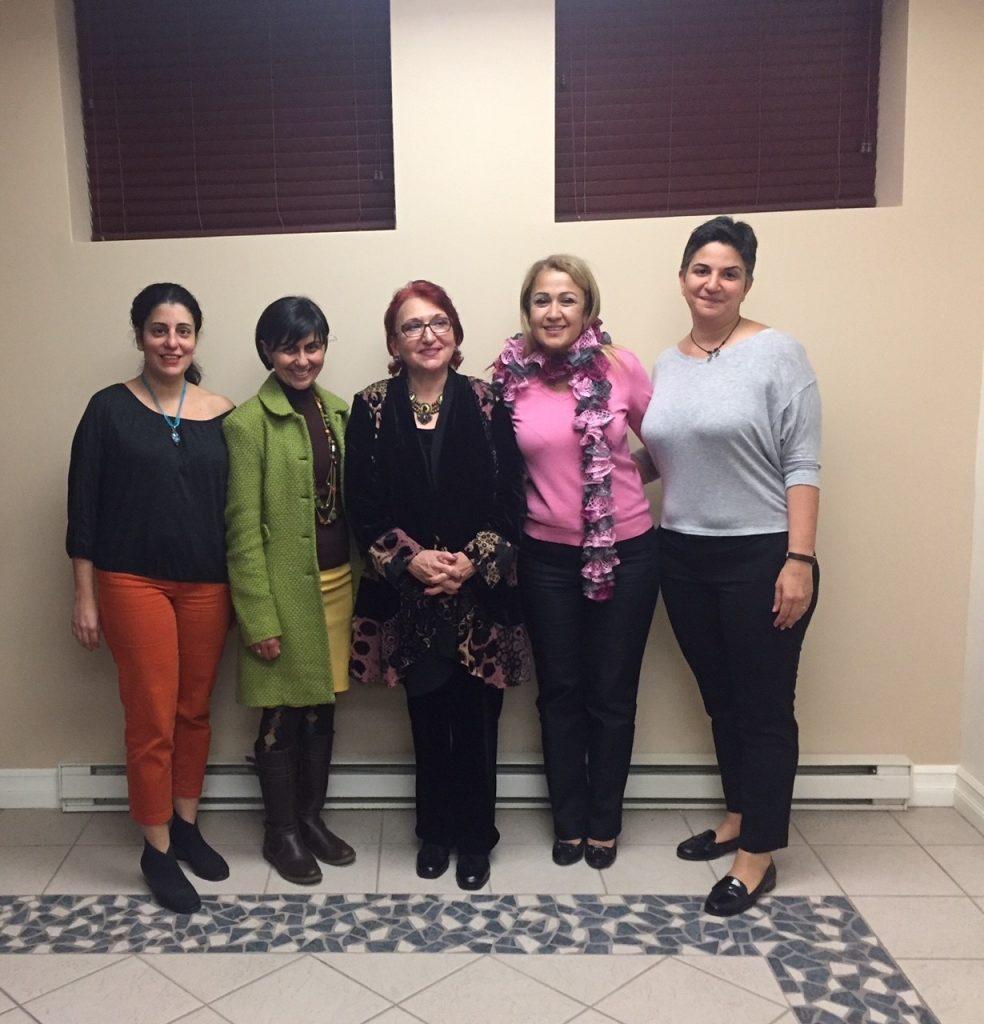 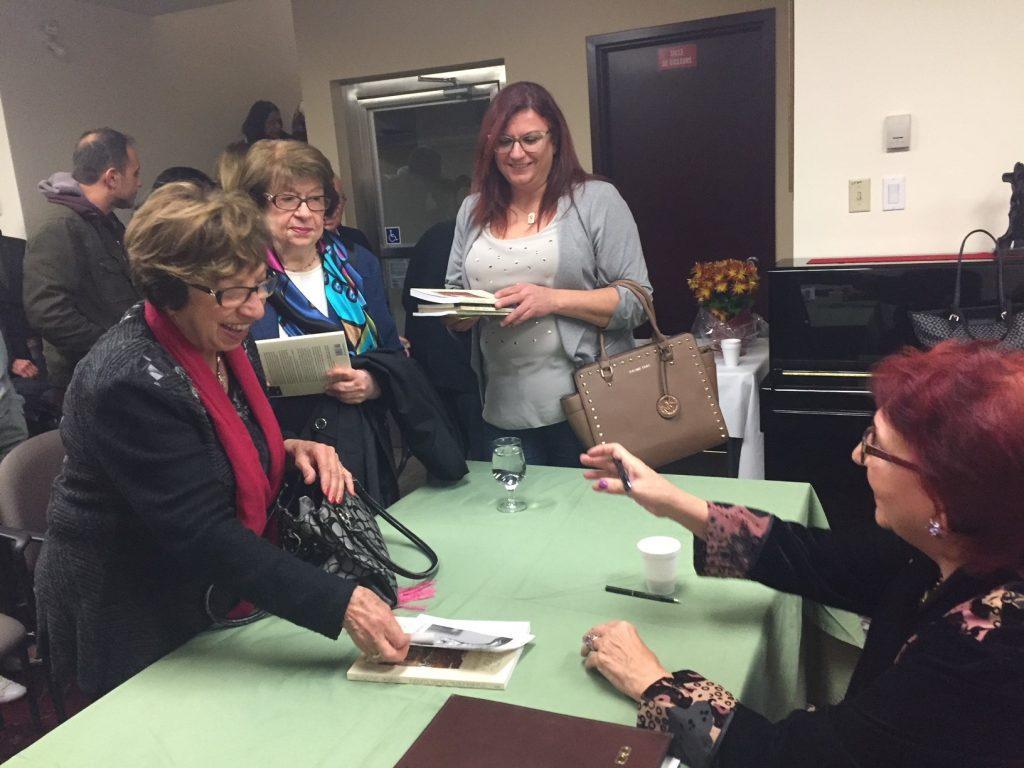 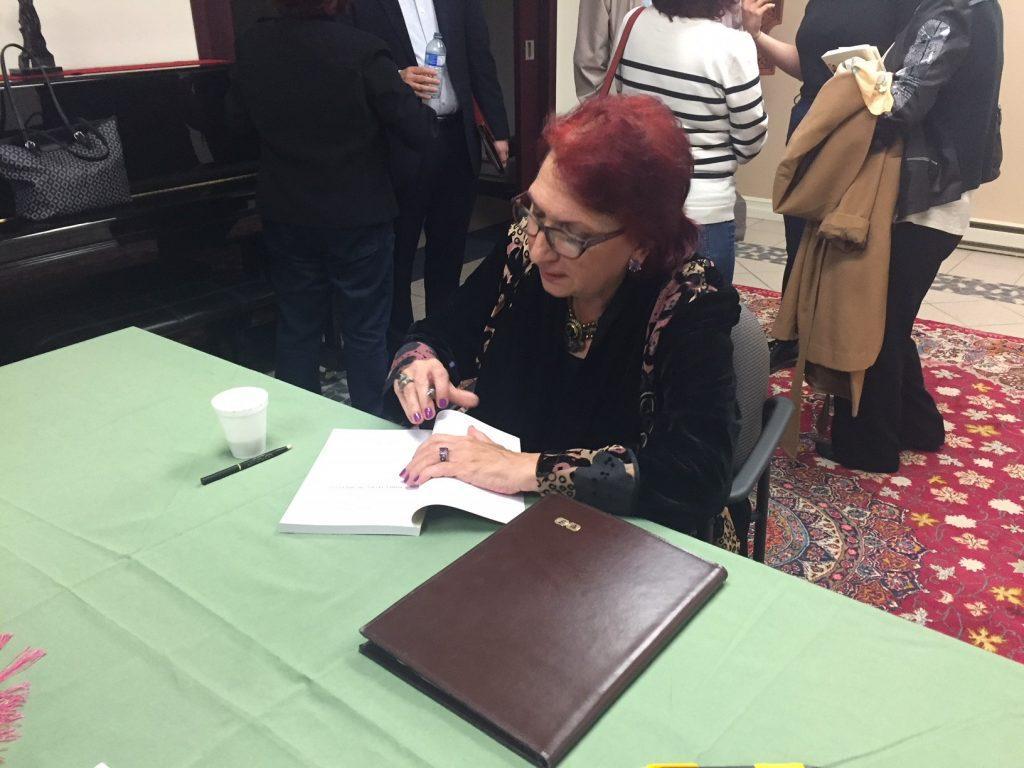 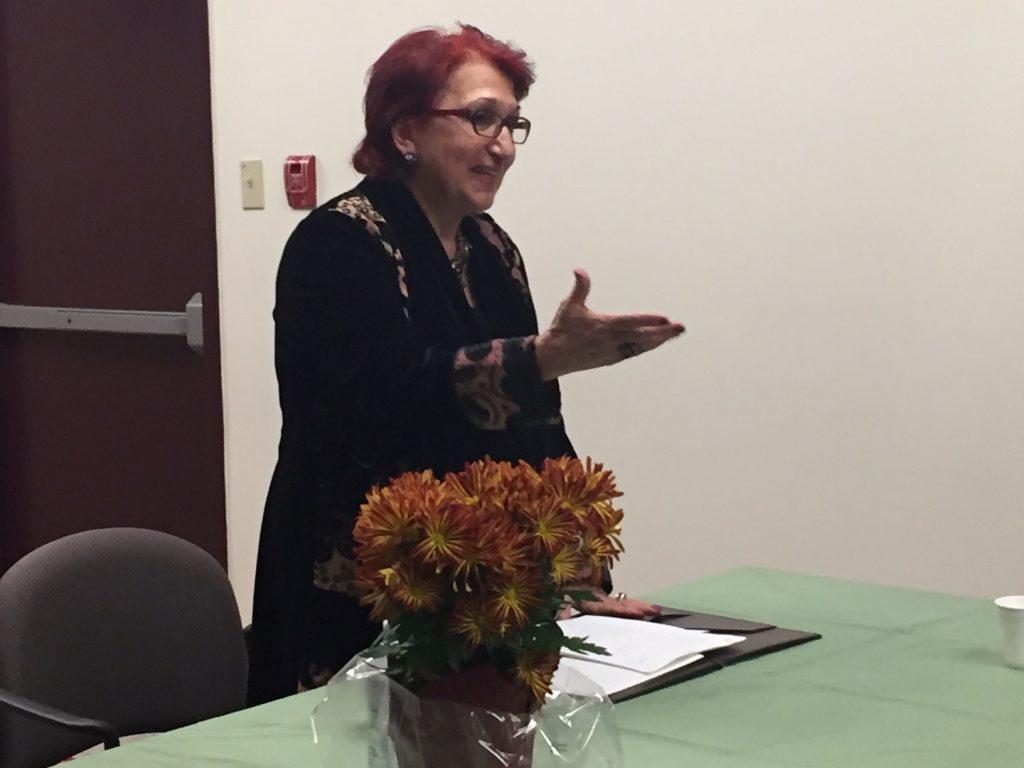 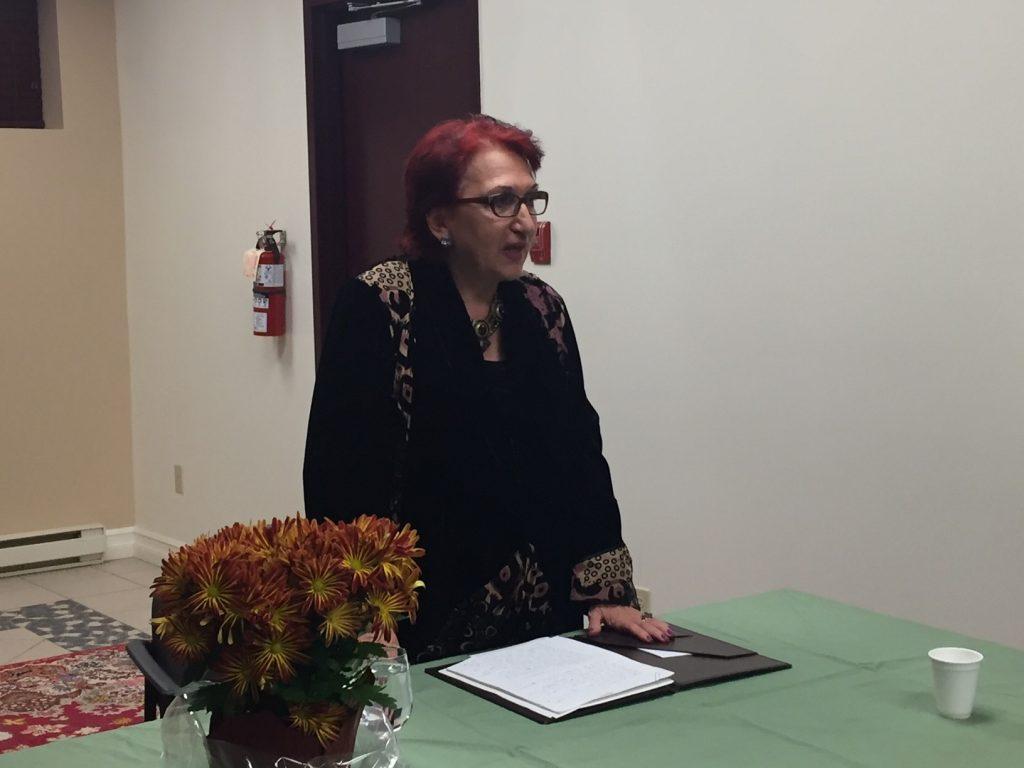 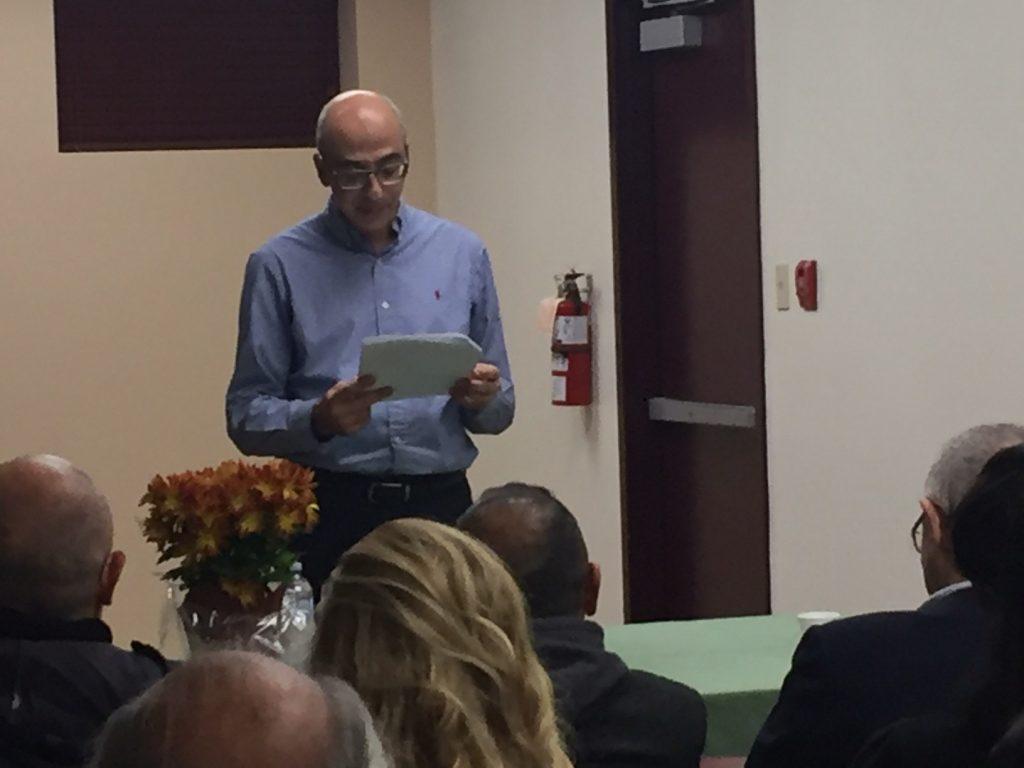 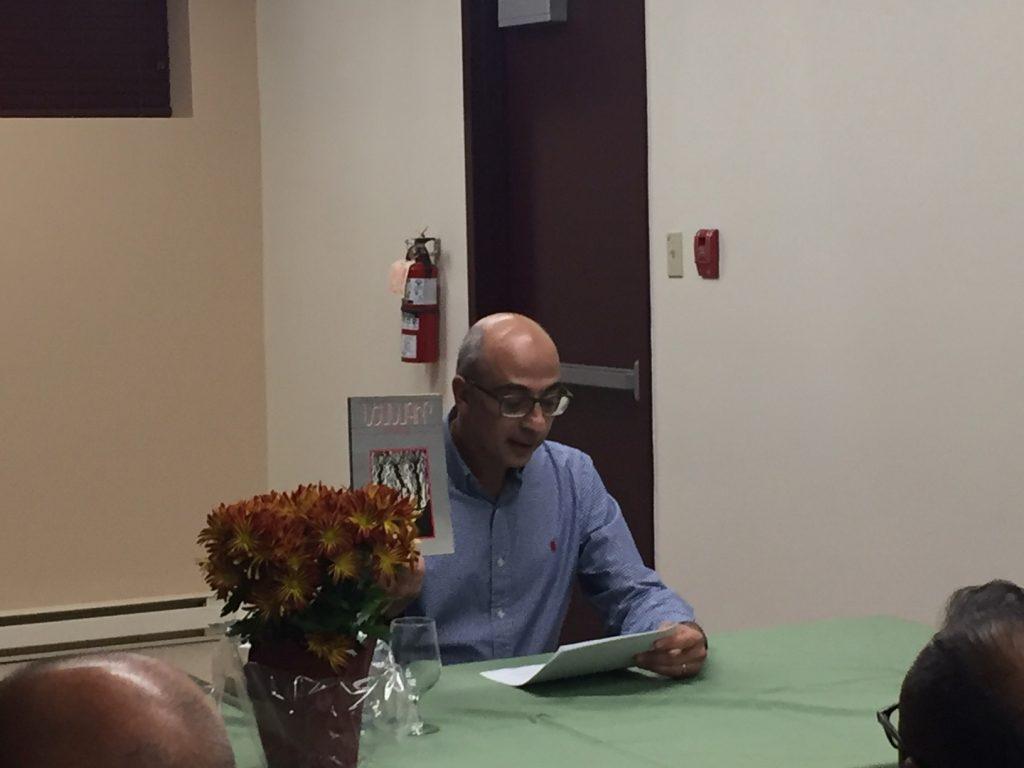 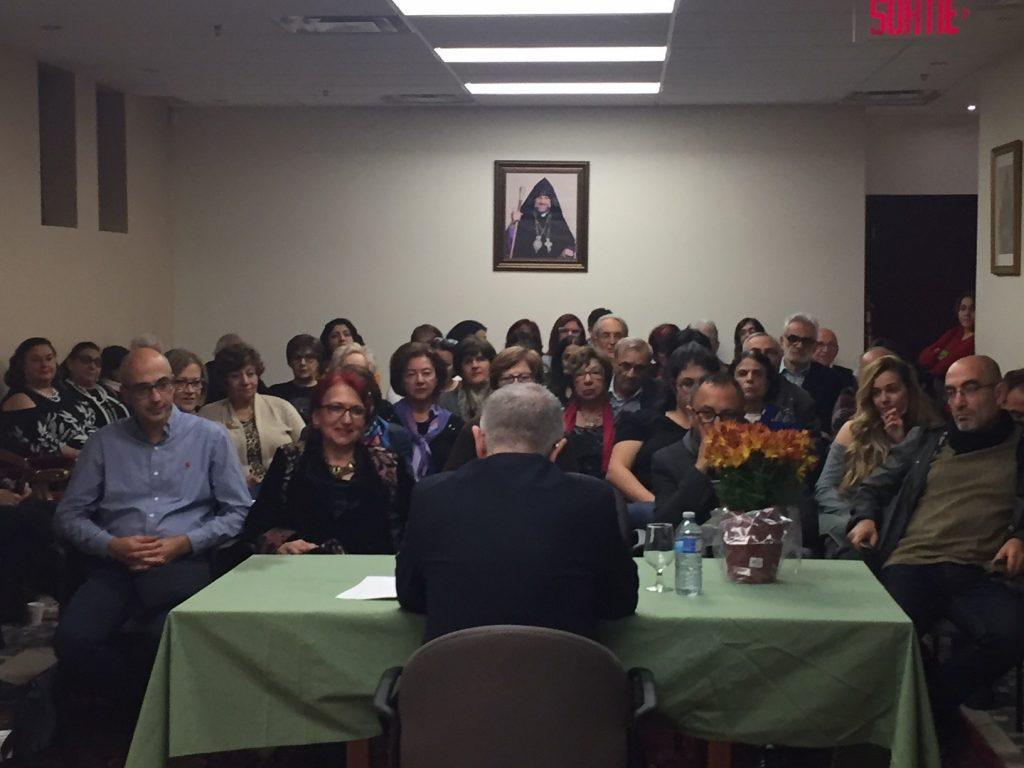 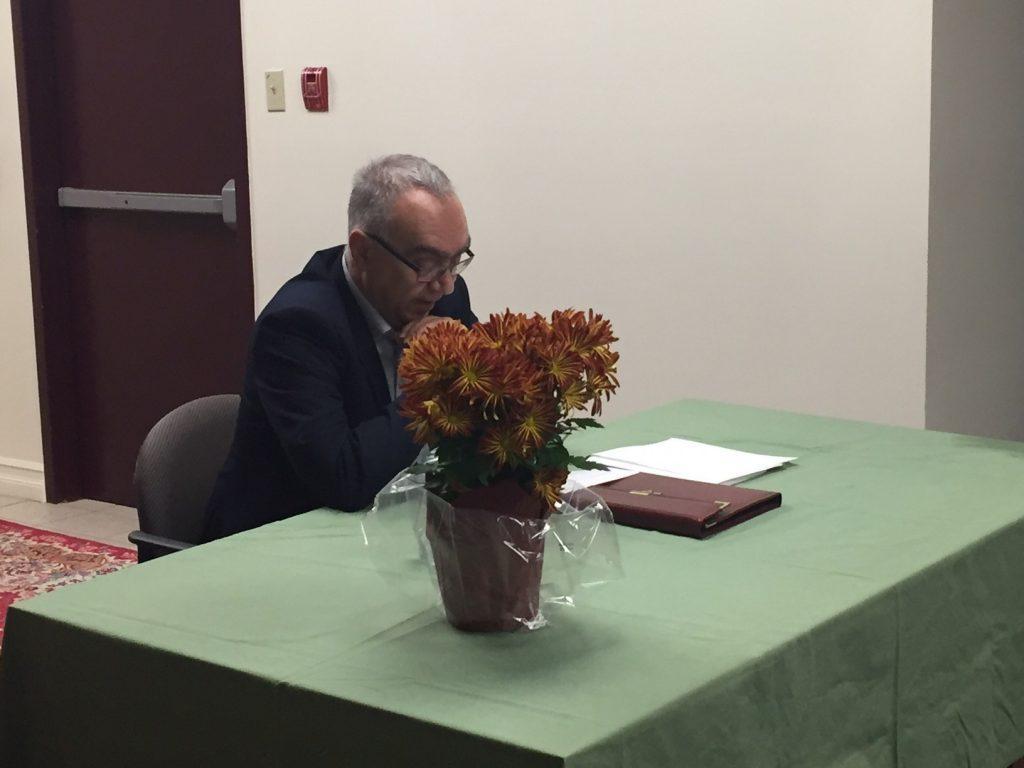 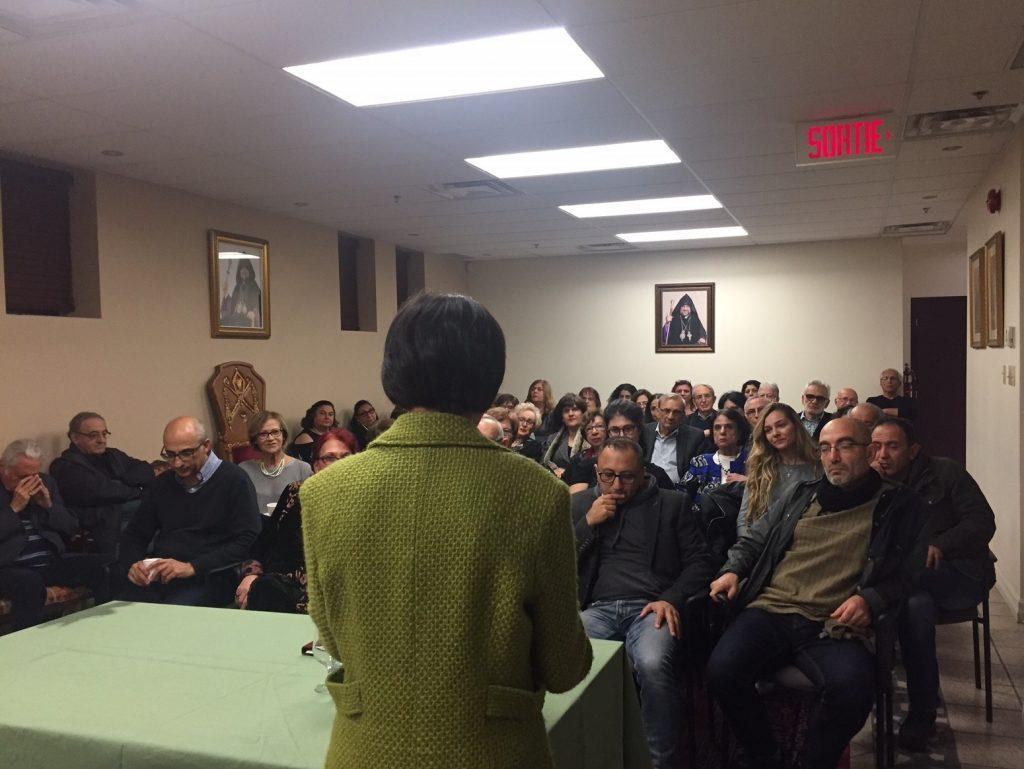 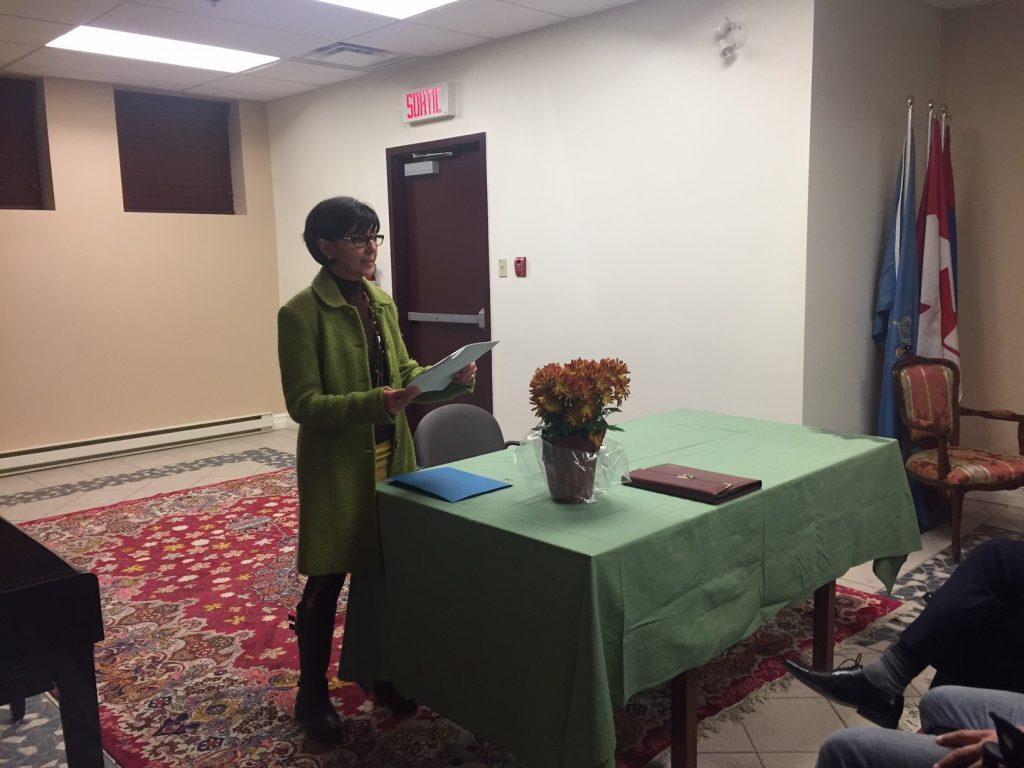