‘I will die, but you will live to tell the world’ 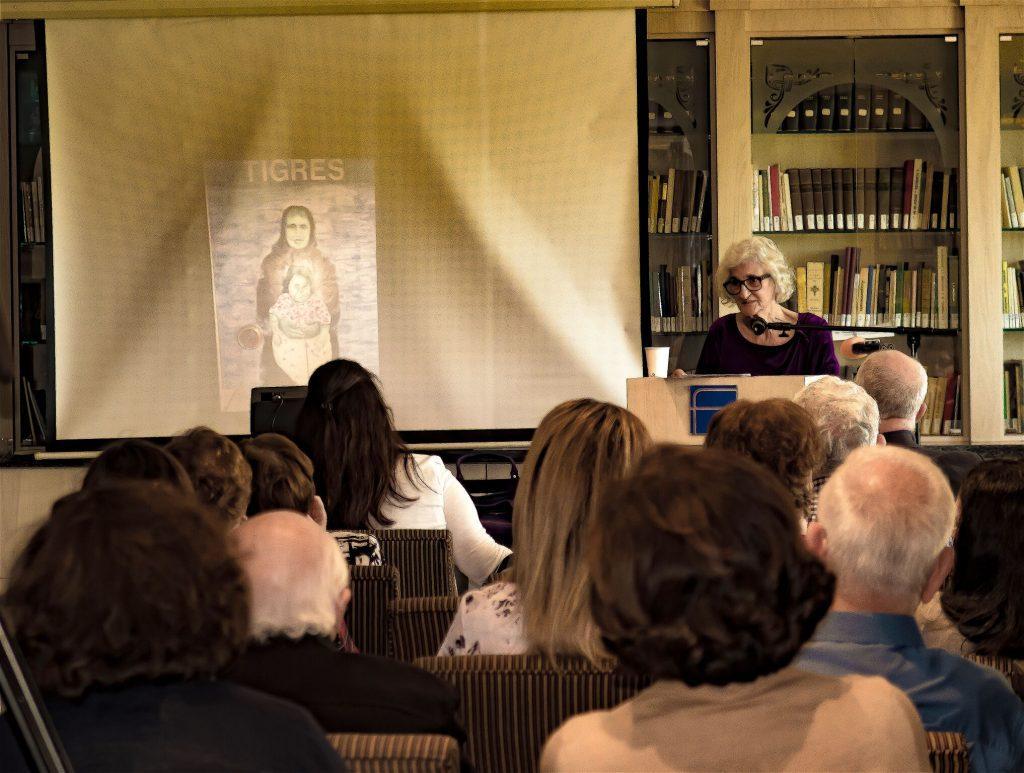 These are the exact words, written in Armenian, on the cover of Misak Seferian’s diary; the very words that his grandmother had uttered to him: ‘I will die, but you will live to tell the world’.

And tell the world he did.

‘Resistance: A diary of the Armenian Genocide 1915-1922’ is the diary of a man from Kalan, a village in the province of Daron, Western Armenia, named Misak Seferian, who arrived in Canada in 1923, ‘with a backpack filled with notebooks of what he had witnessed or participated in’. And on Sunday, May 26th, 2019, as we walked into the Hamazkayin H. Manougian library, there was the diary, copies of it, translated to English, in hardcover, edited by Misak’s daughter, Pearl Perouz Seferian; on the cover is a picture of a hero, military commander Antranig Ozanian along with Misak. We have all heard of the phrase: ‘Don’t judge a book by its cover’; in fact, in this case, the cover is very telling of what we are about to discover inside.

We are greeted by Karnig Nazaretian, member of the Hamazkayin Klatsor chapter Library committee that had organized the book launch, sponsored by ARF Soghomon Tehlirian chapter. We would soon learn, that in fact, Tehlirian and Seferian fought together, they were part of the resistance, together. The 340 page documentation begins on May 21st, 1915, in Kalan; it is divided into five chapters, beginning with the ‘Voice of the Caravans’, moving on to the ‘Battle of Garin (Erzerum), 1917,1918’, ‘Armenian border defence 1920’, ‘Between two fires, 1920-1921’, ‘Flag of rebellion, 1921’, ‘Inside the red line, 1921-1922’. It is not a memoir; it is a document, a diary of an eye witness who was determined to tell it all, explains Perouz Seferian who has arrived in Toronto from London Ontario, for this occasion.

Perouz Seferian is an accomplished artist; she was graduated from the University of Western Ontario, with a gold medal. She has exhibited her work in various cities. When asked about her paintings, she responds: It is about the Armenian Genocide; that is all I paint about.

Perouz has been to Western Armenia; ‘The caravan route was so detailed (in Misak’s diary) that I was able to follow it from Diyarbekir, in Eastern Turkey, back to my family’s home in Kalan, scattering perennial flower seeds in their memory, along the entire route.’ . ‘I was followed, I was photographed, I was fingerprinted’ adds Perouz. Growing up, she witnessed just how unhappy her father was and listened to her grandfather Apel cry; 32 members of their family were massacred during the Armenian Genocide; her grandmother was stoned to death. ‘My father fought under the command of Soghomon Tehlirian; he was in the trenches with Soghomon Tehlirian. He fought against Turks, Kurds, Bolsheviks; he was twice captured and held in Bolshevik prisons.’ Then she adds:  ‘I grew up seeing my father immediately go upstairs as he arrived home, and start writing; in fact, I thought all fathers did that. I still have his Waterman pen. He was always unhappy.’   Then, looking around her Perouz continues: ‘I wish my father could see this today, this building, these people.’

The diary, originally written in Armenian, was published periodically in Hairenik Weekly; but it has never been published as a book. ‘It had to be done; it had to be translated and published and today, it is in many libraries; it’s even in Israel’ adds Perouz.

David Seferian, an award winning teacher, a cousin of Perouz and son of the late economist, Dr. Edward (Vrej) Seferian is no stranger to the Armenian Community Centre; David reads about the battle of Gharakilise.

The master of ceremony, Karnig Nazaretian acknowledges the presence of Dr. Alan Whitehorn, Emeritus professor of political science at the Royal Military College of Canada, in Kingston Ontario. Whitehorn’s grandmother was a survivor of the Armenian Genocide. He shares his insights on the importance of diaries and of memoirs, and of combining art with history. We see Perouz doing this through her paintings, Alan Whitehorn does it through his poetry. Dr. Isabel Kaprielian Churchil is among the attendees, along with Dr. Stacey Churchill. The child of Armenian Genocide survivors, renowned Canadian scholar Isabel Kaprielian-Churchill has dedicated much of her professional life to researching and chronicling Armenian immigration and culture of the Diaspora.

As the launch draws closer to the end, Perouz and David were presented with books, by the chairperson of the Library committee of Hamazkayin, Arsho Zakarian, along with member of the committee Eugenie Parseghian. The book Perouz was presented with includes paintings about the Genocide, by Canadian Armenian artists; and the forget-me-not bracelet was also very fitting.

As Perouz Seferian sat down to sign copies of the book, I stood in the corner with my eyes fixated on the two pictures and associated text on pages 294 and 295: Apel Seferian: ‘An ordinary man who was denied an ordinary life’; Misak Seferian (1904-1954) ‘Child of the fatherland’, ‘who died in Toronto Canada, from the after effects of the Armenian Genocide.’

But Misak Seferian lived long enough, to tell the world. 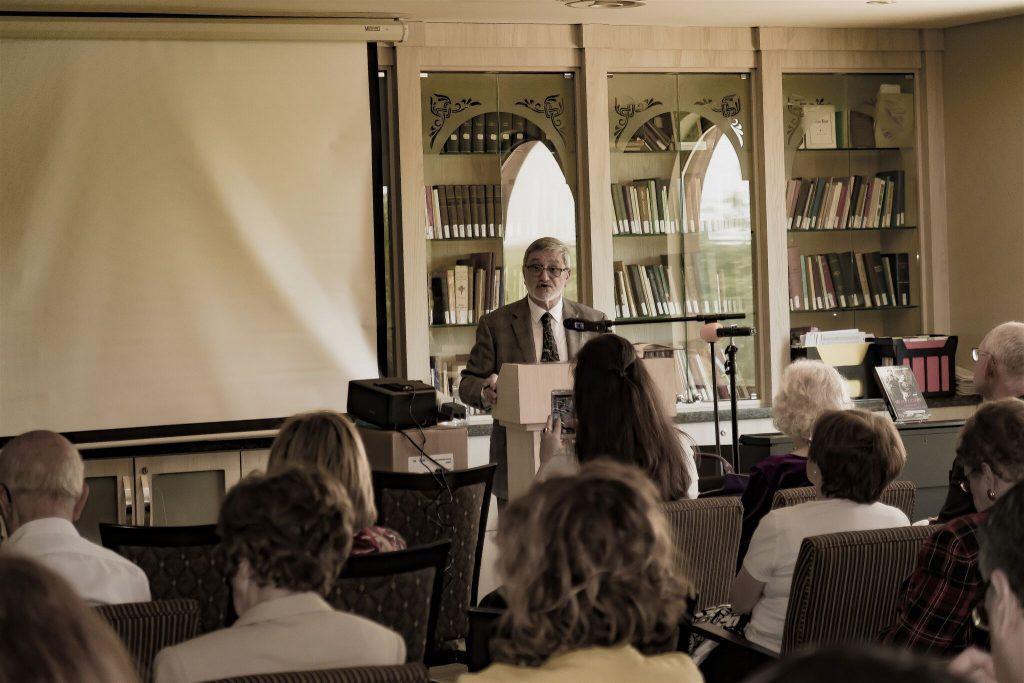 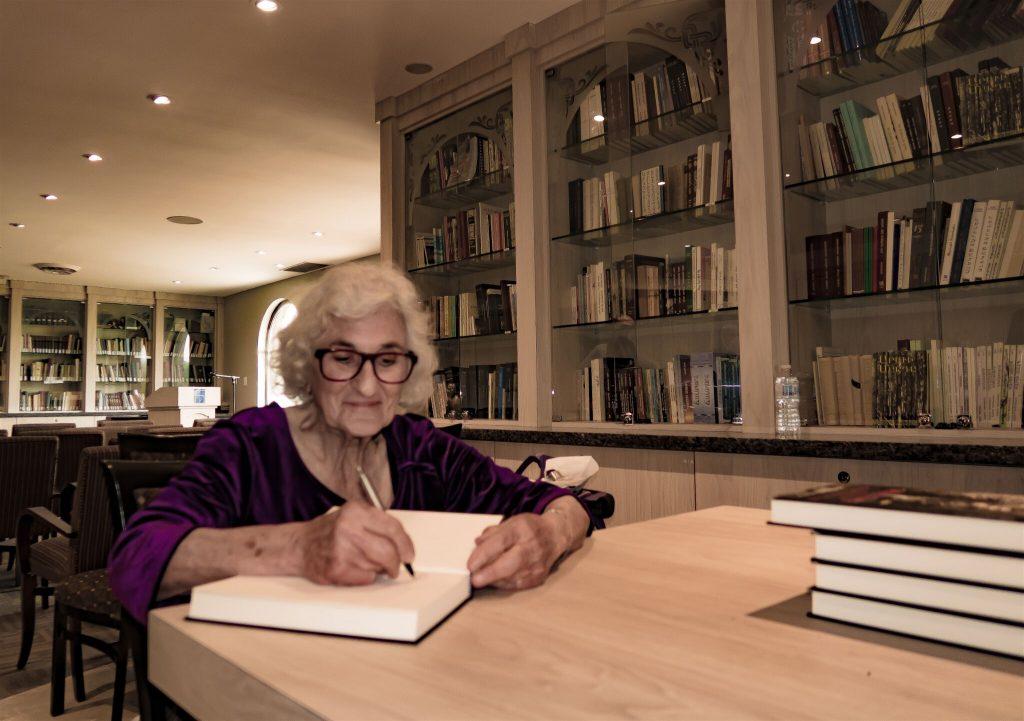 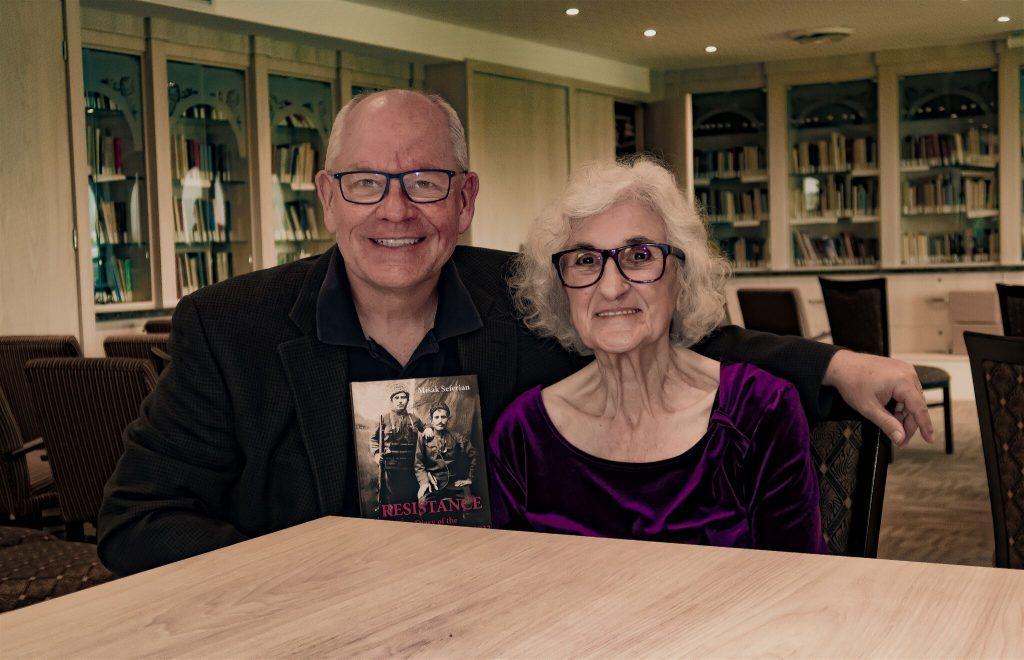 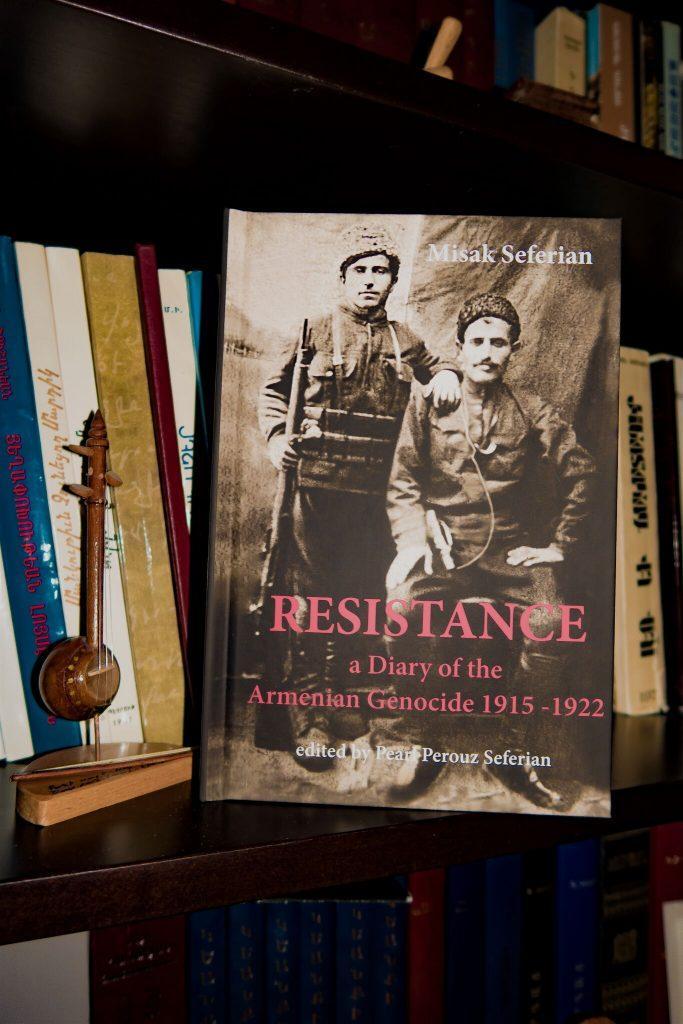