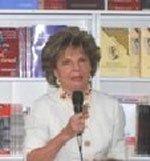 A lecturer of Armenian language and literature, is currently a Research Associate at UCLA. She is the author of several books, textbooks, chapters in books, and research articles in scholarly journals on Armenian Question and the Armenian Genocide. Her major publications include Literary Responses to Catastrophe: A Comparison of the Armenian and the Jewish Experience (1993), Armenia in the Sphere of Relations between the Armenian Revolutionary Federation and the Bolsheviks, 1917-1921 (1997) in the Armenian language (translated and published in Russian), The Armenian Question, a series of textbooks in Armenian for grades 10-12 (1990-1999), and a comprehensive textbook of the History of the Armenian Question for high schools in Armenia (2000). And Those Who Continued Living in Turkey after 1915 (2008) is her most recent publication. She has lectured widely, participated in international symposia. She has received Lifetime Achievement Award by the Armenian Educational Foundation and the Mesrob Mashtots Medal with an encyclical by His Holiness Aram I Catholicos of Cilicia.