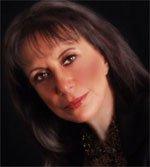 Acclaimed actress, director, prominent publicist, poet, and the founder of a unique mono-theater, Marie Rose Abusefian, has become the interpreter and representative of Armenian culture in various parts of the world, including in the United States, Canada, the Middle East, Europe, Australia, and from stages in Armenian communities worldwide. Ms. Abusefian is the first Armenian actress to stage a monologue, while simultaneously being the author-performer, director, and actress of her works. She herself writes and develops all her unique performances, composes the music score, and performs it herself. Among her works are “This evening with Vahan Derian,” “From Gars to Troy,” “Forget the Genocide?” “The bride of Dadrakom,” “Gosdan Zarian,” “The madman,” “The broken pot,” “The ever-chiming bell tower,” “It happened on that year,” “Rendezvous with love,” “The big love of Sevag,” and others. She is the first and the only actress who performed 21 different roles as monologues from the famous novel of Frantz Werfel, “The forty days of Musa Dagh.” With her philanthropic shows, the actress supports Hamazkayin, Armenian Relief Society, and the prosperity of the Armenian cause. Ms. Abusefian received her theatrical education at the Arts and Theater Institute of Yerevan. She is one of the founders of the Arshalouis Innovative Theater. Later, for many years, she worked at the Ghaplanyan Theater, now called the Dramatic Theater of Yerevan. She has performed numerous roles in television and radio literary-theatrical shows, has been filmed in productions by Hyefilm. Since 1983, she has lived in San Francisco (USA) where she has contributed to the cause of promoting Armenian theater in the diaspora.