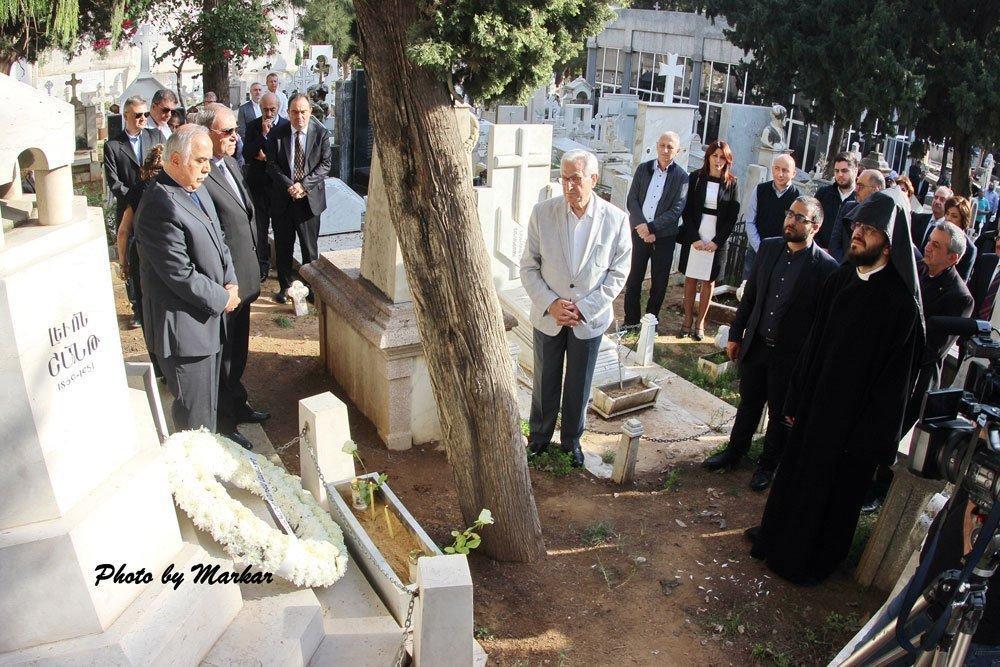 At the chapel of the Armenian national cemetery in the Furn el-Shebak suburb of Beirut, on November 18 a memorial service was held for Parsegh Ganachian, Nigol Aghpalian, and Levon Shant. Archbishop Nareg Alemezian, prelate of the Armenians of Lebanon, presided over the ceremony, which was sponsored by Hamazkayin’s Lebanon Regional Executive Board, and undertaken at the initiative of the Hamazkayin Gomidas Chapter. The service was performed by the Very Reverend Vicken Dalkljian.

The chairperson of the Gomidas Chapter, Norair Nadjarian, said that on the 90th anniversary of Hamazkayin, the chapter wished to hold one of its events at the gravesite of Hamazkayin founders Nigol Aghpalian and Levon Shant as well as the great maestro of Armenian song Parsegh Ganachian, because in addition to remembering their spiritual contribution it is also important to remember their physical remains.

“They say that the deceased want a handful of incense, candles, and prayers,” Mr. Nadjarian said. “We have come today to give them a little more than that. We have come also to thank Nigol Aghpalian and Levon Shant, who, 90 years ago, had a vision of the necessity of creating an organization like Hamazkayin. An organization, that for 90 years, has kept alive the flame of Armenian letters and learning, Armenian culture, fighting the greatest enemy of the diaspora: assimilation.” 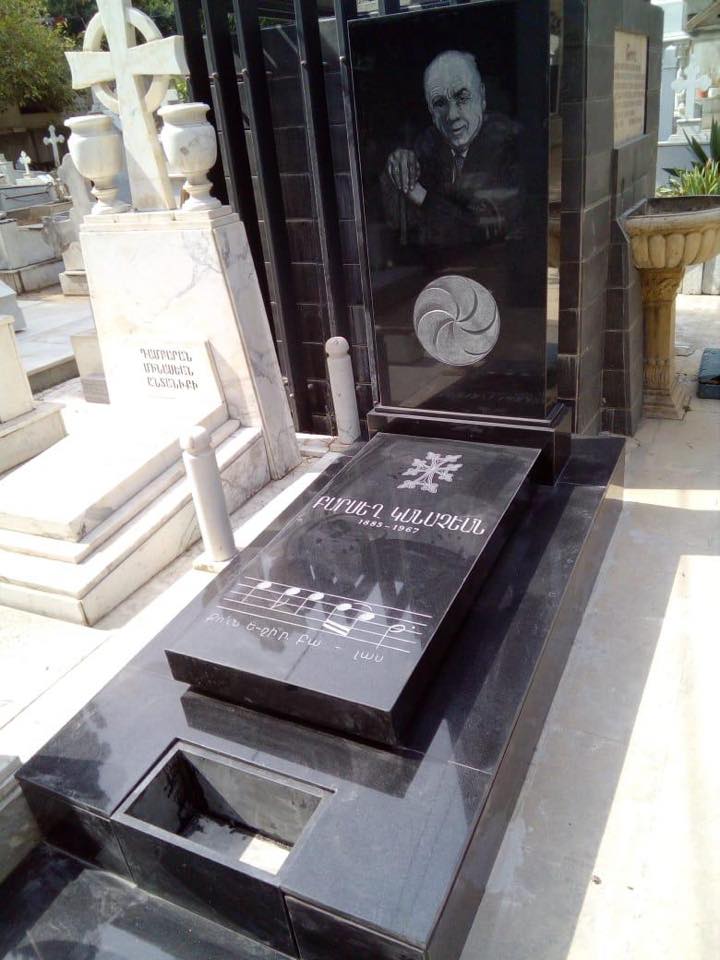 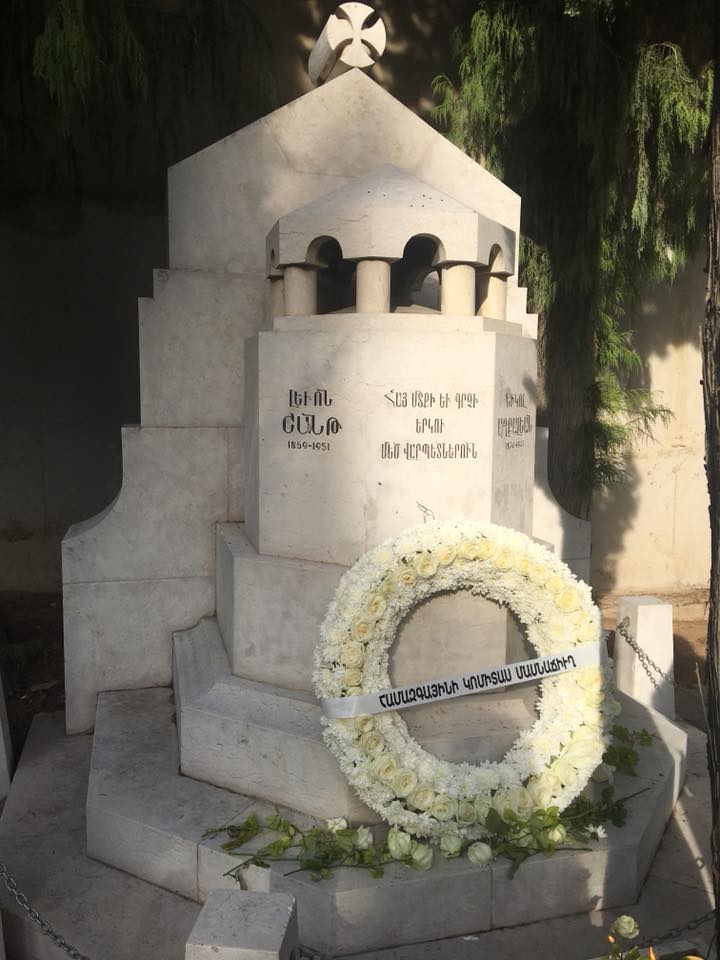 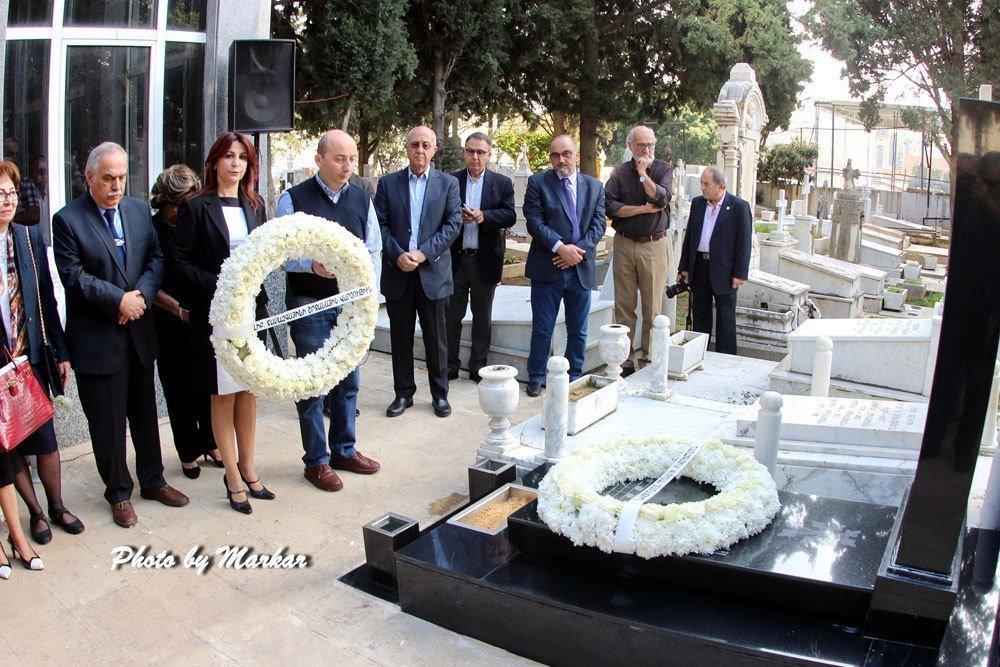 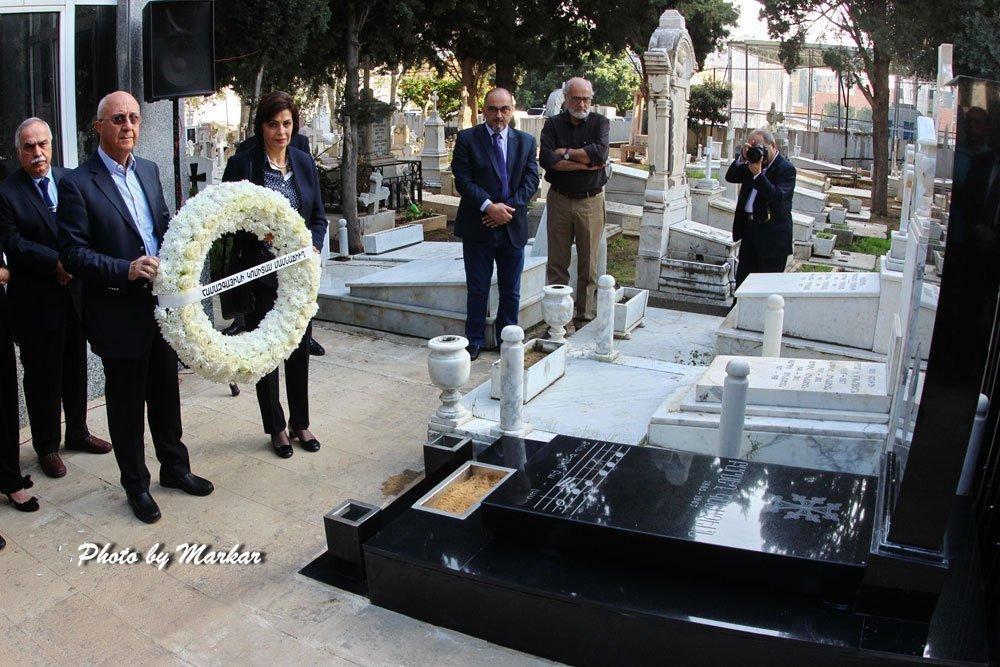 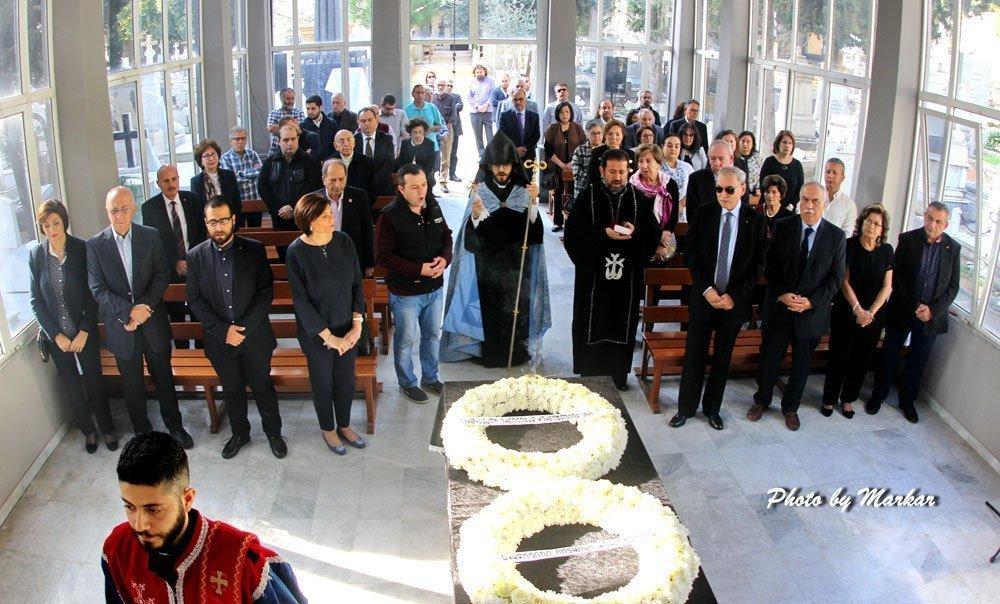