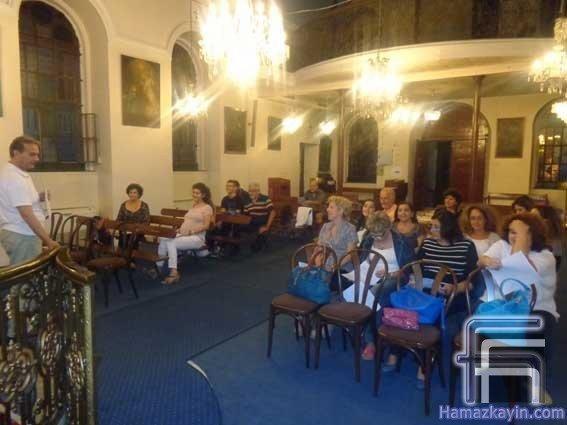 Within the frame of the 100th anniversary of the Armenian Genocide, the Hamazkayin Armenian Cultural Society’s "Gh. Saryan" Chapter in Thessalonica has organized the reformation of Hamazkayin’s choir for the performance of "Nanor" - the masterpiece by Barsegh Ganachian.

As of this, on Thursday, 18 September 2014, at 8:00 pm, at the Church of "St. Asdvadzadzin" in Thessalonica the first meeting and rehearsal was held by the well-known musical-director Yannis Gukas in the presence of more than 20 volunteering art-lovers. The head of the Hamazkayin Armenian Cultural Society’s "Gh.Saryan" Chapter in Thessalonica Ghalilea Kalfayan opened the event by her welcome-speech, introduced the praiseworthy musical-director to the audience, as well as wished a successful completion for the important initiative. Then, the musical-director Yannis Gukas expressed his heartfelt gladness to be in the Armenian community, encouraged the audience and wished successful implementation for this very important initiative in the frame of the 100th anniversary of the Genocide and in memory of the innocent victims.

After about 1 hour’s rehearsal, the participants left the church full of enthusiasm with the decision to meet in the same place the following day, on Tuesday, 23 September 2014, at 8:30 pm,