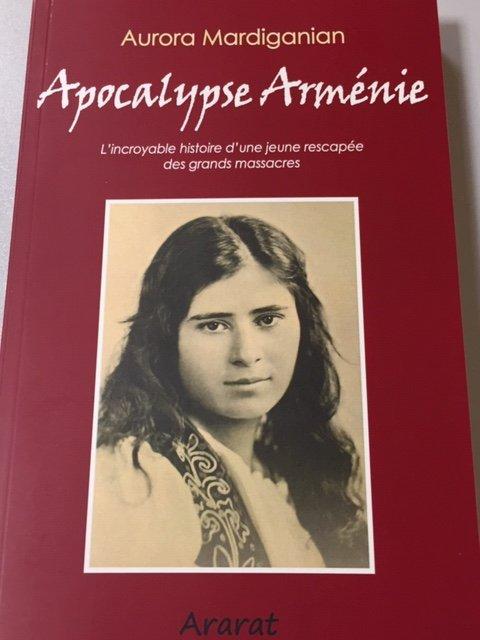 Haigui Tufenkjian opened the launch with a reminder that the event was the third in a series. The first was dedicated to Karnig Panian’s memoir of his childhood at the Aintoura Orphanage; the second, to Ara Krikorian’s volume, Journal d'un militant. The current event is dedicated to a memoir of an eyewitness survivor of the Genocide, she said.

Thomas Dilan, the translator of the volume, spoke next. He spoke of Aurora’s trek in Cilicia and Western Armenia and thence to the United States. She met General Antranig in Erzurum; he told her to recount the suffering of the Armenian people when she arrived in America.

Upon her arrival in the United States, Aurora told her story to the author Henry Leyford Gates, and Ravished Armenia was published in 1918. A successful motion picture based on the book was made in 1919, and the proceeds were used to support Armenian orphans. Aurora Mardiganian’s account shook up Americans, who called her the Armenian Jeanne d’Arc.

A 15-minute clip from the film was shown at the event.

Aurora is one of the great witnesses  to history and her book is directed to the masses worldwide who are unaware of the Armenian Genocide. 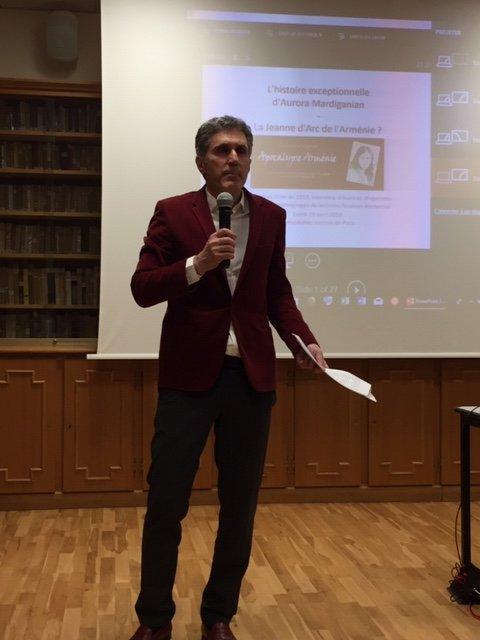